Matt Hamner didn’t grow up in a place that much resembles Bainbridge. One of 15 children, he grew up on a farm in Shelby County, Indiana, where his entire family lived in a one bedroom home with one outhouse. Lots of folks wrote them off. But after serving 23 years on the Indianapolis police force, being selected for its SWAT team, and earning a master’s degree in criminal justice and public safety, Hamner became Bainbridge Island’s police chief in June 2013.

When did you know you wanted to be in the police department?

It never crossed my mind. We came from a very poor family. We didn’t have health care. We didn’t have insurance. We didn’t have a car that ran. Well, if it did run, you pushed it and popped the clutch. I paid for my own books and clothes from 13 until I left home. I earned money detasseling corn, bailing hay, selling newspapers and mowing grass.

How did the journey to get here start?

My oldest brother helped me get a scholarship to Purdue for engineering. He had also been a police officer working his way through college. He said, ‘Hey, get on the local police department. It’s a good job. Work your way through college and then quit. And it’s good for your resume.’ Three days after I finished the police academy, I walked in on an armed robbery in a gas station. I gave chase and he was apprehended. That started my thoughts that I could make a difference in this world.

Has anyone been a role model to you?

I would say my father. He never had anything. But he was the first to help somebody. You couldn’t rub your hand on the tires of our car because the steel belts would cut your hands. But if somebody needed something, Dad was the first one there. If their car was broken down, Dad would work on it even though our car was the one that needed the work.

What are your hobbies and passions outside of work?

I have a granddaughter who is 9 months old. And I have my children. When you have seven kids, they keep you busy. The youngest is 10 and the oldest is 28. I am a scout leader for the Orca district. My seven brothers and I hold the state record, more than likely the national record, for having the most Eagle Scouts in one family. My oldest son is an Eagle Scout. And now I’ve been asked to be the [regional] scout leader all the way from Bremerton to Kingston. A positive adult role model is the best way to help [youth] be successful. I love old movies, old music and corn on the cob. I started biking on the island and cutting down on the peanut M&Ms and chocolate chip cookies. I recently lost 41 pounds.

What do you do to stay in sync with the community?

We have a kindness philosophy around here. Is it kind? Is it the right thing to do? What I have tried to do and shared the same vision with my officers is that it’s not so much what we do, it’s the manner in which we do it. There are things we do in the community that are not directly law enforcement but we do it because it builds trust. 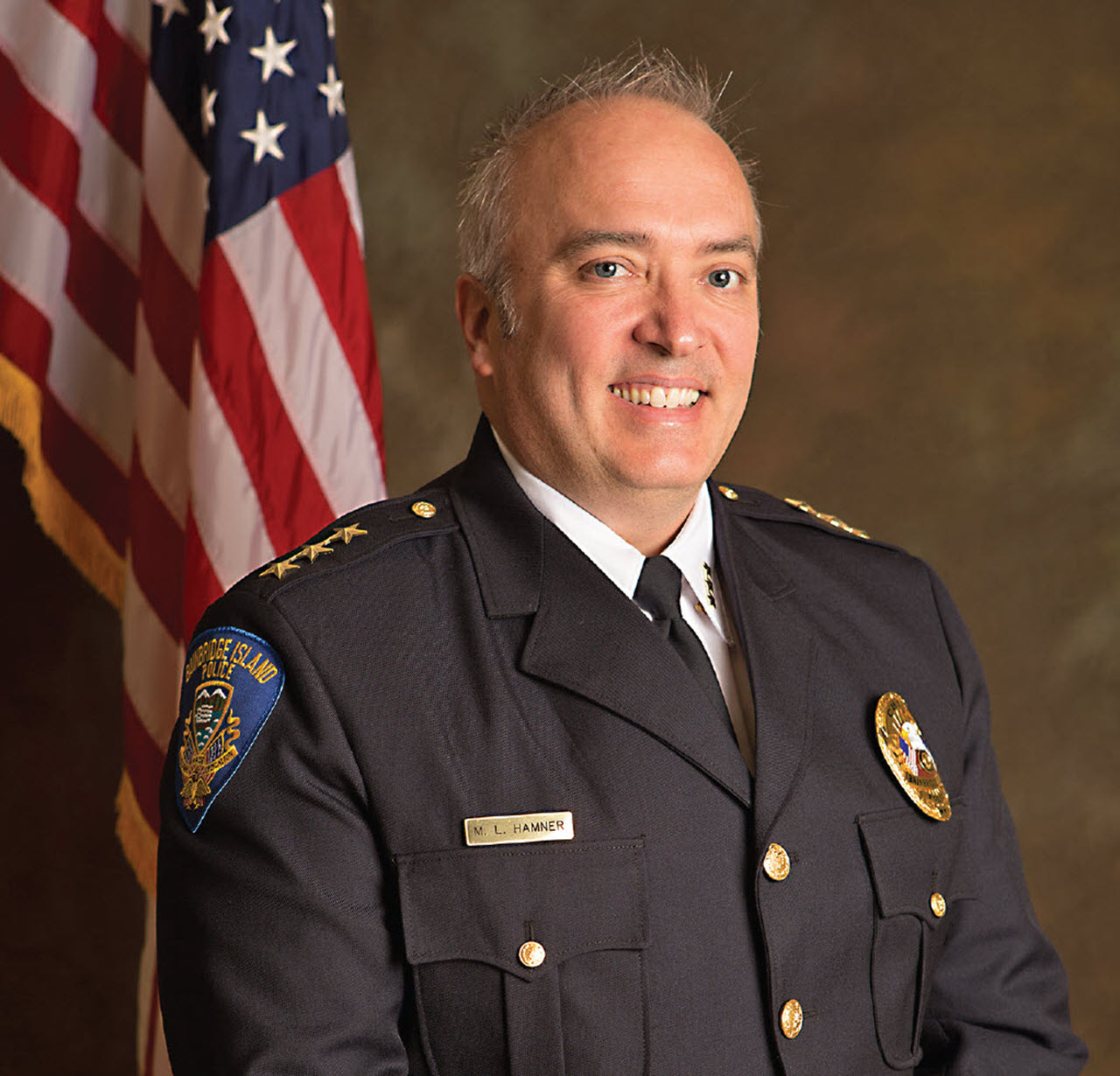