At His Recording Studio next to Johnson Farm, Johnny Bregar has to contend with the occasional noisy tractor. It’s no big deal though. He just texts the farmers next door and asks if they can pause for a bit. “I’ve never gotten a bad reaction from them,” he said. It’s just one of the charming quirks of recording music at The Brickyard.

Islanders may recognize musician and producer Bregar from his family-friendly performances at the annual Harvest Fair at Johnson Farm or his old timey string band Buckshot at the July 3 Street Dance. His music is high-energy, playful and fun to dance to. Songs from his five “kindie” CDs have been featured on National Public Radio.

What’s less known is the way Bregar and his studio have fueled the creative efforts of other local musicians. Island-based indie folk band St. Paul de Vence, which performs around the country, has recorded two CDs at The Brickyard, as well as a soon-to-be-released third album. Local folk trio Westerly Sound has made an album there. The studio’s all ages clientele also includes a teenage singer-songwriter who worked with Bregar from her early release days and a grandpa who made a disc of campfire songs for his grandkids.

Bregar moved The Brickyard and his family to the island from Seattle in 2010, leaving urban life and a job at Microsoft behind for a more idyllic atmosphere. The Brickyard is housed in a sweet, yellow cottage, formerly an art studio, perched above picturesque (albeit sometimes noisy) farmland. A few steps away is the country house he shares with his wife, two sons and an English Shepherd named Chelsea. Open trails around rolling hills are just across the lawn and through a gate, providing a welcome break during long recording sessions.

What Bregar offers, in addition to the pastoral setting, is top-notch recording gear and as much creative collaboration as you please. He’s a jack-of-all-musical-trades, providing sound engineering, producing and mixing. He often jumps in as a session musician as well.

It all happens in one open space instead of isolating musicians behind glass, as bigger studios often do. “This is just a much more neighborly way of recording,” Bregar said. “It feels like someone’s living room.” And then there are the instruments that fill every corner of the cozy studio—guitars, bass, keyboard, organ, piano, drums, bongo, banjo, congas, djembe, ukuleles, mandolin, violin, accordion, melodica and glockenspiel. Bregar has collected them over two decades to aid in his own songwriting and achieve the rich layered sound he strives for with every project.

“Every instrument gets used once a band gets rolling,” said Bregar. He brings that full band sound to solo artists too, including Bainbridge High School junior McKenzie Burkard. Burkard, who sings and plays guitar, recorded four songs with Bregar over a series of after school sessions last year. Bregar added his own drums, bass and piano to a couple of her songs.

She heard about Bregar through a high school friend who had made a disc with him. “I heard her CD, and it sounded really good, really well put together,” Burkhard said. Benjamin Doerr, the front man and songwriter for St. Paul de Vence, also appreciates Bregar’s creative input and musicianship.

Bregar played all the piano parts on the band’s upcoming CD, and has run sound for them at live shows. His studio has become the band’s “home court.” “That’s the beauty of working with him. He can do everything, and he loves to do everything,” Doerr effused. “I would take him on the road and have him in my band if he wasn’t a busy dad.” And busy he is. In addition to raising his boys and running The Brickyard and a videography business, Bregar is recording a new solo CD of his own. 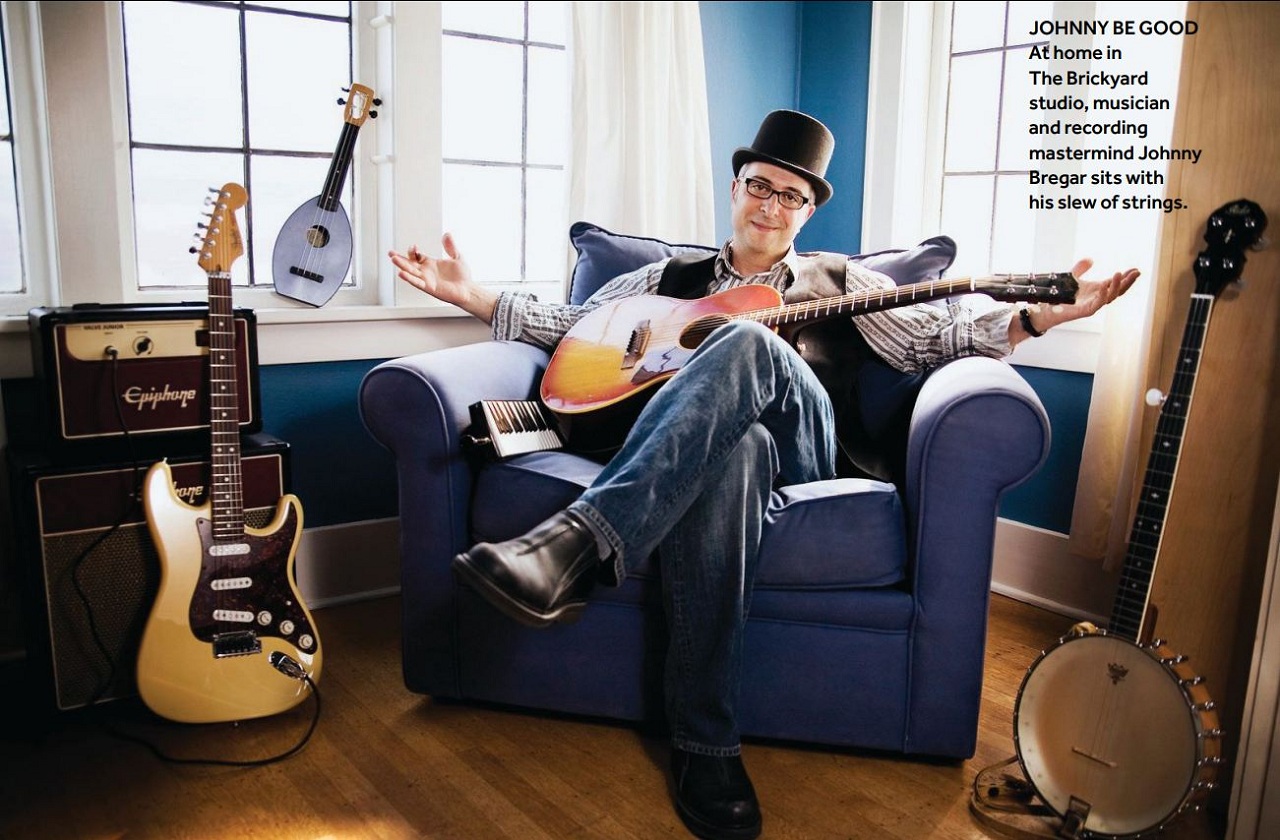 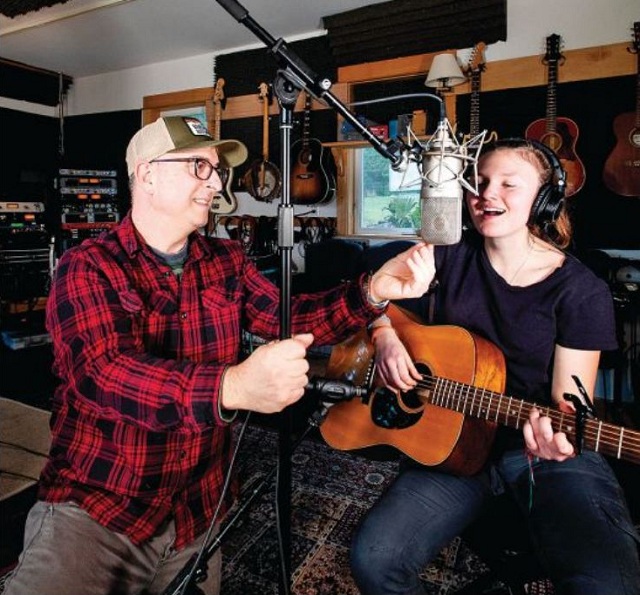