A young college freshman, just back from her first semester at NYU, once spoke on a panel. She was one of those kids who had applied to a bunch of schools and not gotten into any. She had to brush off her wounded pride, hold her chin up and basically start from scratch, quickly applying to schools that had previously been in her reject pile, or not even on her radar. When a counselor made the case for NYU, she applied and was accepted. As she sat on that panel, clearly excited about her experiences in New York, she wryly said, “Wherever you go, that’ll be your first choice.”

But what if your first choice is your only choice? For high school seniors who apply to college early decision, a binding selection that compels them to matriculate to a particular school, that’s the way it is.

Navigating college admission can be tricky. You’ve got to know the lingo. Adam Ward, a counselor at Bainbridge High School, definitely does. “The difference between early action and early decision is one is binding and the other is not. Early decision requires a student to sign a binding agreement that if they are accepted they will attend that college and withdraw all other applications that they have already submitted. Students can only apply early decision to one single school.”

As a rule of thumb, students should apply early decision only if they’ve decided that a certain school is the one they would choose if they were accepted to all the schools on their list; it must be their absolute first choice. “We advise those students who want to apply early decision to visit the school, talk to current students and/ or alumni, and to be sure that they want to attend if accepted,” Ward said.

For many students, one major benefit of early decision is simply the sigh of relief. In the case of both early decision and early action, students find out their status prior to winter break.

We talked to several BHS seniors who are already “in.” For Sam Reddy, Whitman College seemed like “the perfect balance of the things I was looking for: academic rigor, strong community and great post-graduate opportunities. I would have chosen it no matter what.”

Choosing a college is something of a blind date; and just like on a date, you sometimes fall in love. That’s what Brendan Willerford said about Middlebury College.

“Everyone at Middlebury seemed to be smart and engaged, yet completely at ease with themselves. And, Middlebury balances perfectly on the tightrope between intense learning opportunities and laid-back fun.”

You’ve got to believe weather and location had something to do with Maureen McCormick’s decision to go early decision at Santa Clara University. In addition, she liked the academic challenge, the social life, the athletics and “most of all, the job success right after graduation.” Plus, she felt a “part of their tight-knit community after staying just one night.”

For aspiring college athletes, early decision helps students lock in where they will play their sport. That was the case for William Houser, who will play baseball at California Lutheran University; Sebastian Scales, a rising soccer star bound for Cornell; and Jake Knostman, who will be hitting the lacrosse field at Fairfield University.

Katrina Kerrigan’s story is not unlike that of the student who ended up at a school that was never on her radar.

“If you had asked me last year where I wanted to go to college, I would have said ‘a small liberal arts college in the northeast.’” Kerrigan did the recruiting process for college rowing, making five official visits (touring the school, meeting the team and watching practice) at schools all over the country. Her first official visit was to Southern Methodist University, but it might as well have been her only one.

“Experience with the coaches and the team was the most positive aspect for me,” Kerrigan said. “I talked with many students and they all said the professors were really engaged. After sitting in on a class, I could see this was true. With 6,000 students, it’s not too big or too small. It was also a financial decision; I couldn’t turn down their scholarship offer. I think it’s put me in a very good place for a bright future.” 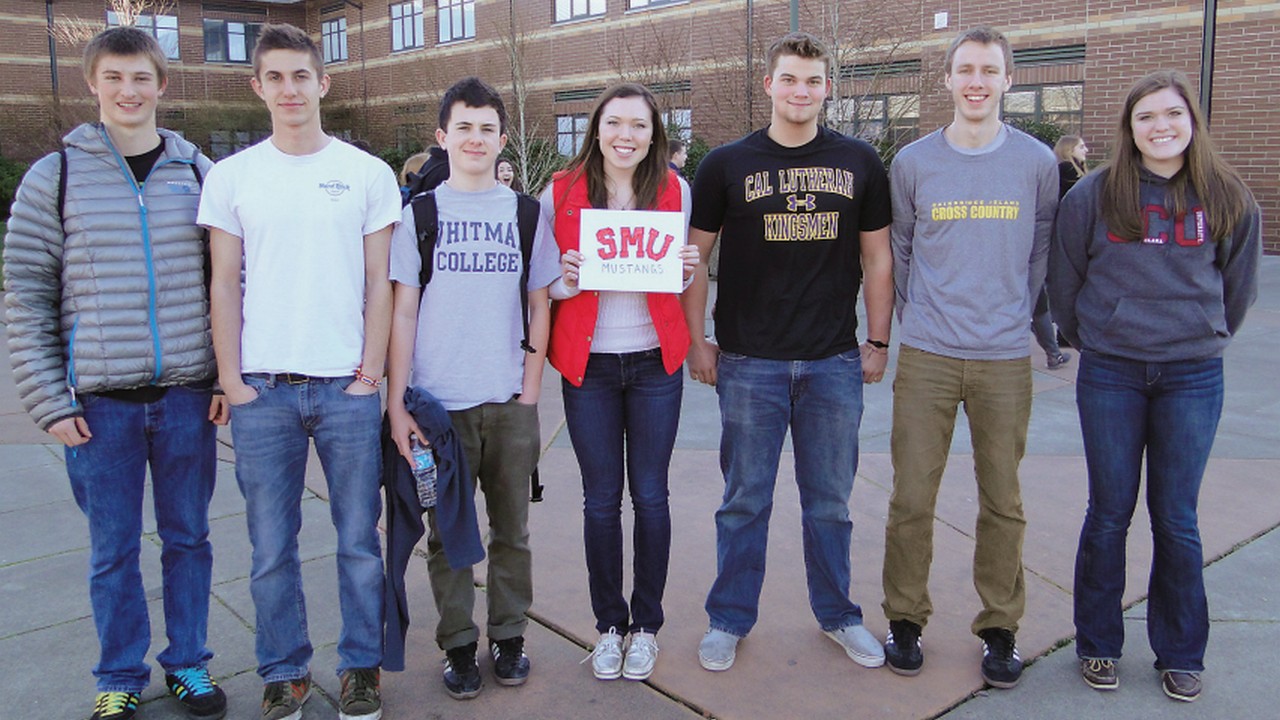