Motorists beware! On the last Tuesday of June, July and August, the Bainbridge Island Cruise-In is held at the intersection of Highway 305 and Madison Avenue. It’s such a sight that passing drivers often get distracted.

“Drivers crank their necks to look at the show and don’t pay attention to the car in front of them,” said Cruise-In founder Jim Peek. “There have been some minor fender benders.” On show days, the very visible corner displays some of the finest automobiles around.

Each show attracts about 150 cars of varying vintages and styles. A 1937 Packard Super Eight Touring Sedan might be parked next to a 1966 Volkswagen Beetle, which is parked next to a 2013 Tesla. The diversity keeps the show fresh and exciting for car enthusiasts of all ilks.

Most car owners come from Kitsap County, but occasionally car clubs from Seattle ferry across to participate in the fun. The laid-back event doesn’t charge admission for car owners or visitors, but raises money for Helpline House’s Project Backpack through food sales.

Set-up begins at 4:45 p.m. for the 5 p.m. show though some die-hards arrive early in order to get their choice of parking spots. “If you want to show a car, just show up,” said Aaron Strom who, along with his brother Micah, has taken over organizing the event.

“Car owners bring lawn chairs and plop down and chit-chat with the other owners and spectators. The cars almost become a sideline event to the socializing.” Peek started the Cruise-In in 2003 with the idea to raise money to help offset skyrocketing back-to-school expenses.

On average, a first grader needs about $40 worth of supplies, while a high schooler needs $250 worth. Last year, Project Backpack served 160 local students. At each Cruise-In, the Stroms donate the food and handle the cooking. For $5, you can get a hamburger or hot dog and a soda.

During the show, owners are happy to pop open the hood to give you a look at the engine, and some will even let you take a seat behind the wheel. (Car show etiquette: always ask before touching cars.)

“Today’s kids don’t get much exposure to old cars. Anytime you can give them the chance to jump in the front seat and pretend to drive, it makes their day. And perhaps you’re even planting a seed in them that they might want an old car some day,” Strom said.

Strom knows about being smitten with classic cars. The lifelong car aficionado recently bought his wife a real beaut: an orange and white 1955 Chevy Bel Air. Strom, whose family owns Modern Collision Rebuild & Service on Miller Road, is known up and down the West coast for the fabulous paintwork he performs on cars.

Ted Austin is a Cruise-In regular, and Strom has painted several of Austin’s babies—er, cars. At press time, Austin’s car tally is seven and he displays a different one at each show. He enjoys hearing the stories sparked by the classic cars. A 90-year-old woman once asked Austin if she could sit in the backseat of his 1936 Rolls Royce. She said the car brought back fond memories—but because this is a family magazine, let’s just leave it at that.

“People love to reminisce. I often hear, ‘My grandpa had a car just like that, except it wasn’t a convertible, it was a sedan. And it wasn’t a Buick, it was a Packard,’” Austin said. For Peek, the entire event is about community. From the car owners swapping maintenance tips, to attendees sharing memories as they hop from car to car, it’s a quintessential way to spend a summer evening. “Everyone is welcome and the only thing you need to bring is a smile,” he said.

The Bainbridge Island Cruise-In is held the last Tuesday of the month (June 24, July 29, August 26) from 5 p.m. to 8 p.m., on the grassy fields of Bainbridge First Baptist Church, 8810 Madison Avenue. In the event of rain, the show is canceled. 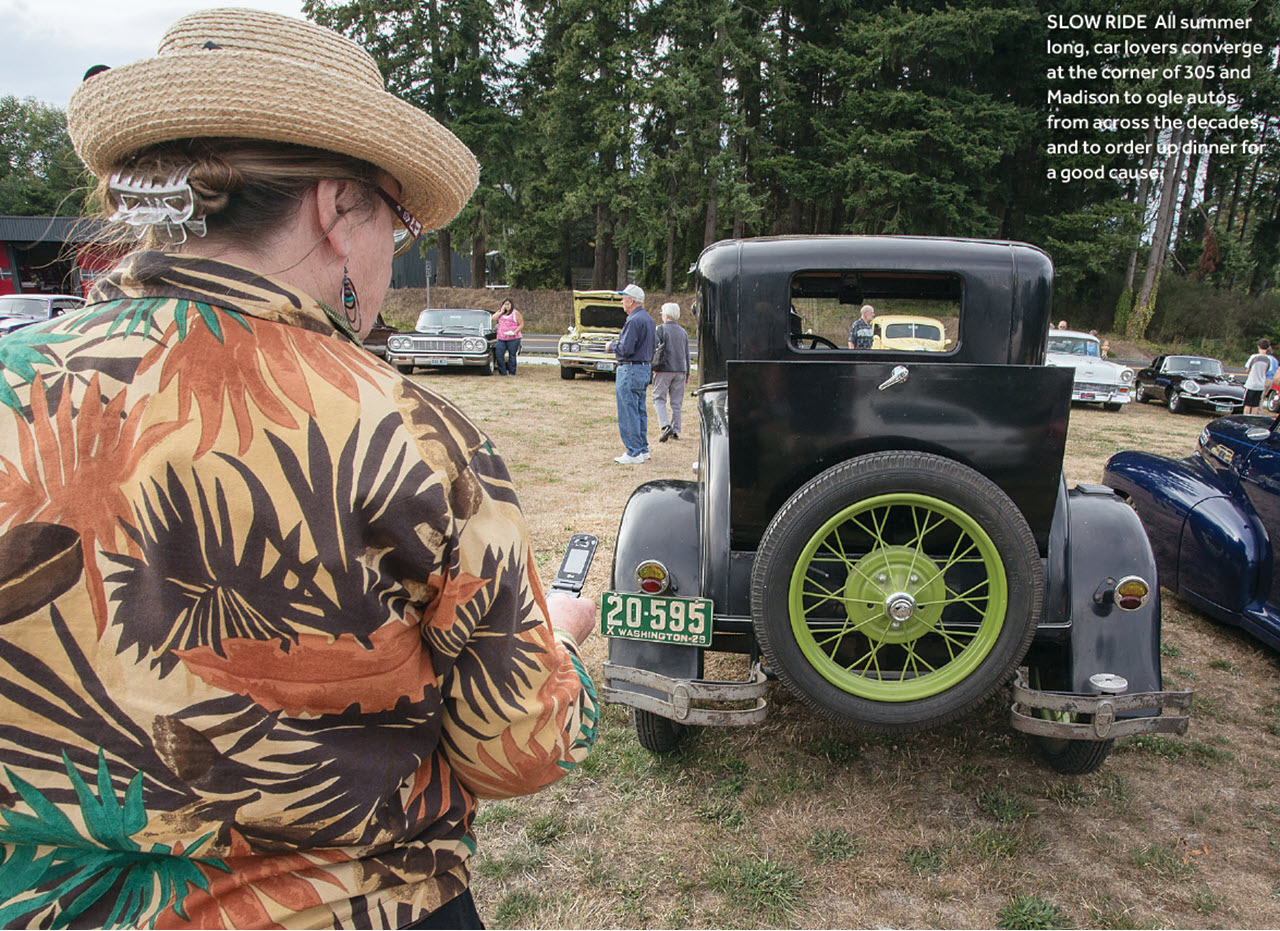 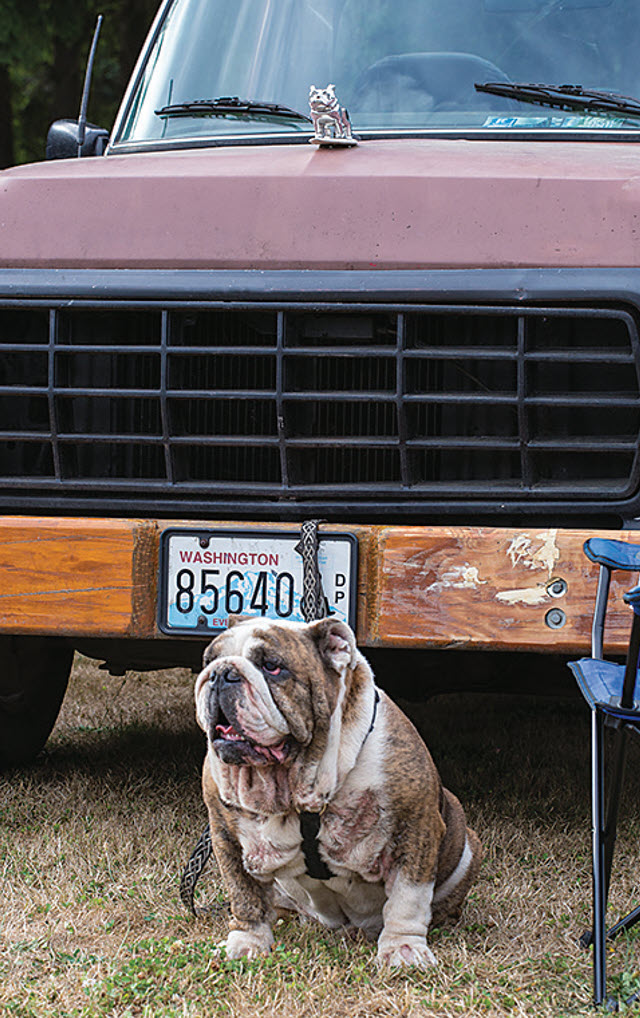