It’s the Monday morning check-in at OfficeXpats and the Post-it notes are flying. Each week the drop-in group gathers to share what they would like to accomplish in the next week. Karen Klein, a business and employment attorney, wants to change insurance plans. Sylvia Carlton, an artist, is developing a class for the parks district. Paula Willems, a human resources specialist, needs to write a contract for a new client.

It turns out that the growing pains of “solopreneurs”—entrepreneurs who single-handedly run their own businesses—are pretty universal. That’s one of the premises that drives OfficeXpats, the “coworking” space that occupies the second floor of the Bainbridge Pavilion.

The brainchild of Jason Omens and Leslie Schneider, OfficeXpats opened its doors in 2011. “Partners in life and business,” as Omens puts it, the two met when they worked at a Seattle technology marketing firm and embarked on a classic office romance. Breaking away from the corporate world and creating their own business allowed them to combine their strengths: Schneider handles the marketing and communications side and Omens is the technology guy. But it’s clear when you meet them that the whole is greater than the sum of the parts.

Schneider’s heart has been in collaborative enterprise for a long time. It’s an idea that her father, “an ivory-tower thinker,” instilled in his children. “I call myself a community geek,” she said with a smile, so it made sense for her to do the “on-the-ground experimentation,” now fully realized in OfficeXpats. Omens too had felt the urge to take his tech skills beyond his own desk. His inspiration came from a desire to provide tech support for home-based businesses.

Coworking is a relatively new concept. The term was coined in 1999 and the first coworking site opened its doors in 2005 in San Francisco. Other sites have sprung up in major cities but it speaks to the courage of Omens and Schneider that they would leap into a business venture with a scant 10-year precedent in an unlikely place like Bainbridge Island.

In an urban setting, the typical coworking member is a young techie seeking capital for a startup. On Bainbridge, those drawn to the coworking experience are as diverse as the island population itself.

Take Elle Tatum, for example. The owner of Elle’s Island Spectacle in Lynwood Center, she said her business “hatched out of OfficeXpats.” Though she had been selling eyewear on the island for 20 years, she finally made the decision to be independent two years ago. When she picked up her business license at City Hall and expressed some trepidation about what to do next, she was directed across the street. “OfficeXpats is a gang of people who are inspiring and invigorating. Everyone is growing a business and there’s a lot of energy from that.” Tatum took classes and received guidance on marketing. She “networked every step of the way” and with her increased confidence moved incrementally from trunk shows to her own storefront.

Chris Cancialosi also incubated his consulting business, gothamCulture, at OfficeXpats. He and his young family moved to Bainbridge Island three years ago, and Cancialosi needed a space to congregate with two other employees. “OfficeXpats was perfect for us—flexible, fluid and a great place for meetings.” Business has now grown “exponentially” with clients like jetBlue, Martha Stewart Living and Marriott, requiring offices in Seattle and New York City. As a result, gothamCulture moved from OfficeXpats in February but Cancialosi feels strongly that it was “the exact solution for a small startup.”

Not all OfficeXpats members are launching new businesses. Many are freelancers or are employed by large companies and work remotely from Bainbridge at an Xpats desk, enjoying good coffee and water cooler chat just like their counterparts in the corporate office. Omens and Schneider stress that it’s certainly not a one-size-fits-all arrangement and can adapt to the needs of its members. That flexibility and customization has landed the company recognition as the Chamber of Commerce’s Small Business of the Year for 2014. 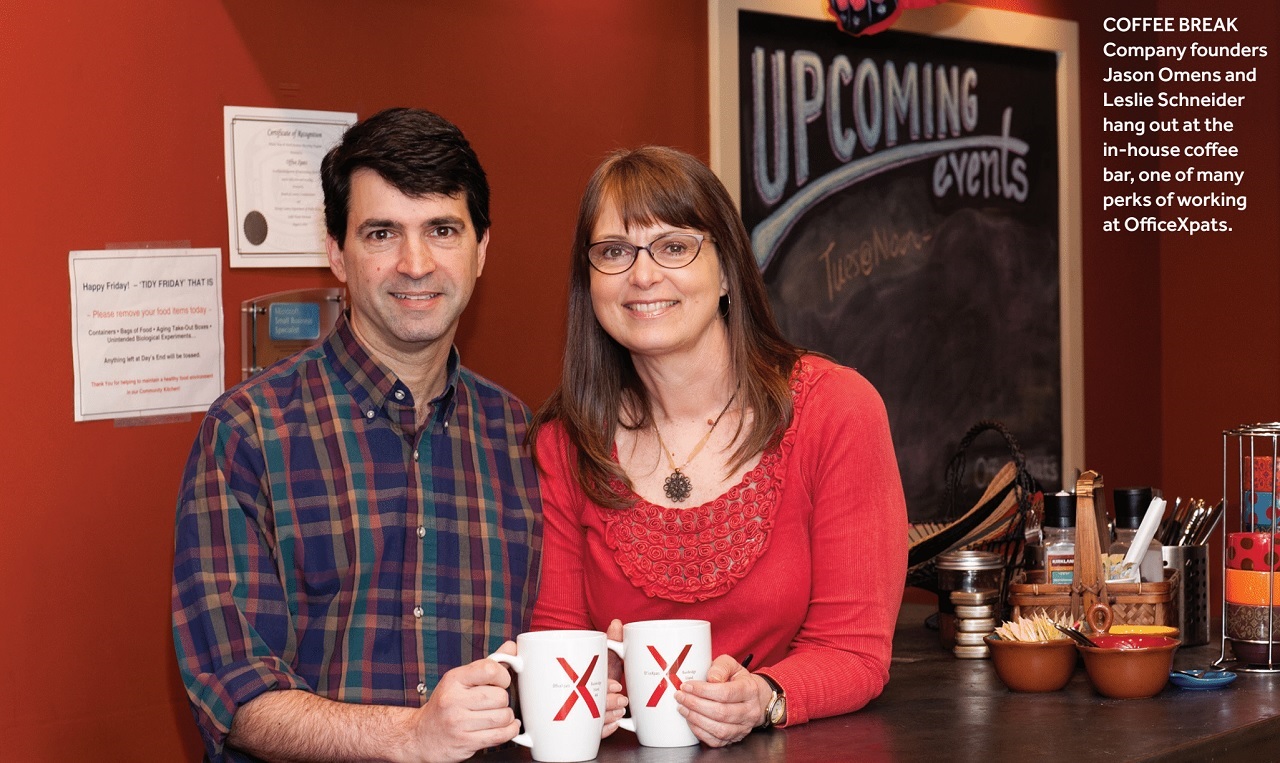 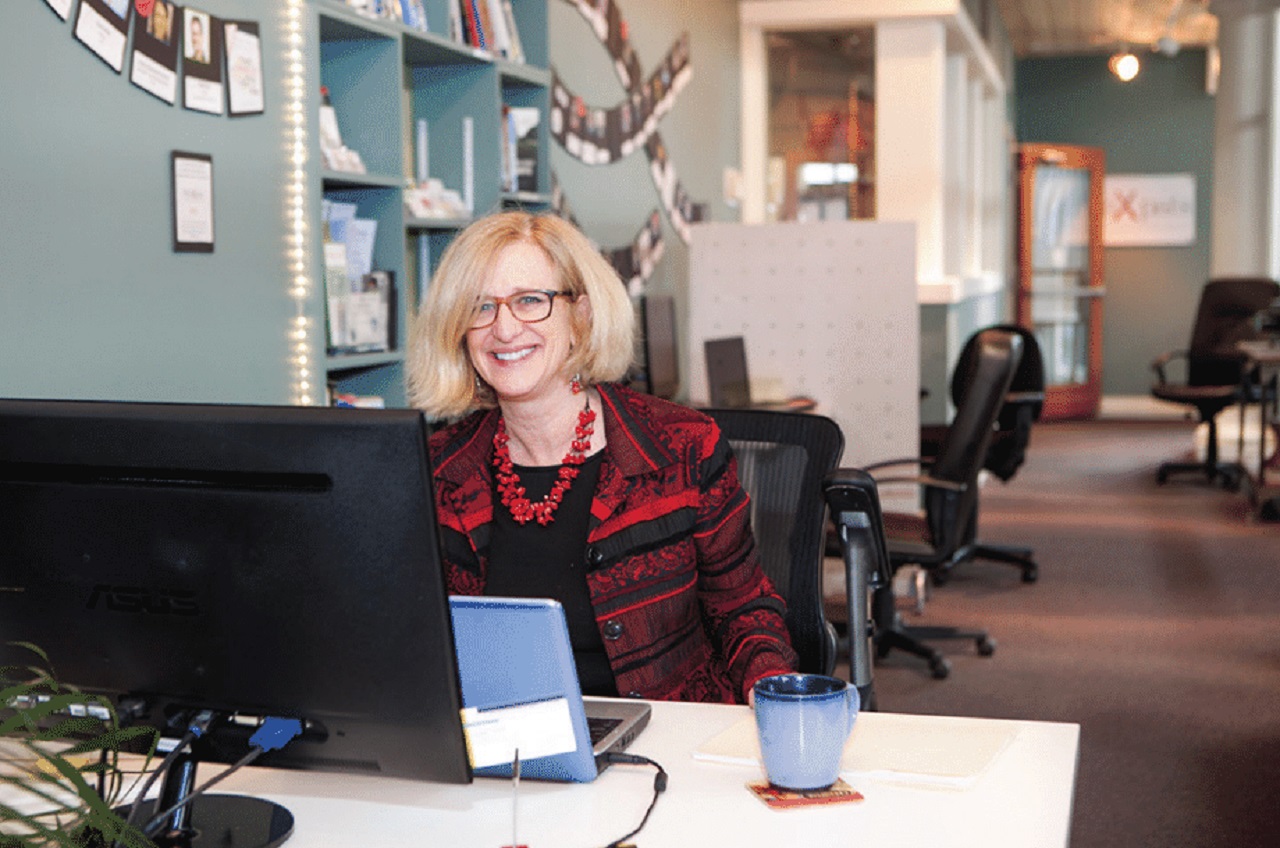