Do you have an inspiring idea or passion that you’re fired up to share with everyone? Think you could light up the stage with your story? In a rapid-fire five minutes? Ignite Bainbridge might just be for you. Ignite Bainbridge was conceived in 2011 when Elisabeth Robson, computer scientist and acclaimed author, met with Leslie Schneider and Jason Owens, founders of Office XPats, a business that provides shared workspace.

Robson had spoken at Ignite Seattle the year before and shared her experience with Schneider and Owens. The format allows people with limited speaking experience to present their ideas in front of a live audience. Speakers are limited to five minutes and can use up to 20 slides, which rotate automatically every 15 seconds.

Robson knew not many Bainbridge Islanders were making the trek to attend the Seattle events and thought, “Why not bring it here?” “Bainbridge is filled with interesting people doing amazing things,” she said. “I wanted to make them more visible.” Schneider and Owens, who are in the business of supporting small business, said, “Let’s do it.”

The original Ignite Bainbridge team included Robson, Schneider, Owens and Alex Sanso, designer and owner of Artopia Creative. Many other volunteers helped as well. The goal was to attract 14 to 16 speakers and host monthly workshops to mentor them. Office XPats offered the space for workshops, plus hosted the pre- and post-parties that all participants and guests were invited to attend.

Ignite (and its spunky motto “Enlighten us, but make it quick”) was introduced in Seattle in 2006 by Brady Forrest of O’Reilly Media. It is now an international phenomenon happening in cities across the globe. Schneider said the idea came from a Japanese presentation style called “pecha kucha” (loosely translated as chitchat), in which speakers have 20 slides that are shown for 20 seconds each, allowing a total of six minutes and 40 seconds to speak. Speakers are invited to teach, inspire or tell a story that will “ignite” passion in others.

The first Ignite Bainbridge was held on May 16, 2012, at Bainbridge Cinemas, with Robson as emcee. Fourteen speakers presented inspiring stories to more than 150 attendees. Stories ranged from “Karaoke: Hooked on a Feeling” by Sanso, who made the case for singing karaoke to boost confidence in public speaking, to “Clean out Your Closet” by Tom Leurquin, who advocated cleaning out your garage and donating that unused bicycle to Bicycles for Humanity, where it can provide jobs in Africa.

All presentations were videotaped by Steve Stolee and uploaded to the Ignite Bainbridge website. The program attracted viable sponsors, such as Toastmasters, which helped coach speakers. Schneider said the second Ignite, this past May, exceeded attendance goals (over 200 attendees) and featured 16 presenters. One of her favorite speakers was high school senior Chiara Patricio who spoke about “Working for a Coal-free Bainbridge.”

“Nothing would make me happier than to see two or three high school students participate every year,” Schneider said. “Watching a young person who is prepared and compelling is inspiring.” Aside from attracting more young people to Ignite Bainbridge, Schneider’s hope is to create a culture that sustains the program year after year. If you would like to be a part of Ignite as either a speaker or volunteer, Schneider suggests signing up for the newsletter on the Ignite Bainbridge website (ignitebainbridge.com).

“Anyone can do it,” Schneider said. “Tom Leurquin wrote on the Ignite blog that it doesn’t matter if you are an extrovert or an introvert. All you need is to be prepared to speak passionately about your topic.” When you’re looking to “quickly enlighten,” preparation is definitely key. In fact, “We are prepared, concise, and visual” has become the mantra of Ignite Bainbridge.

Schneider feels these skills are the same ones you would need to run a small business successfully. “It’s so important to be visual, to be prepared, and to be able to speak spontaneously and concisely about your topic,” she said. “If you have these qualities, you are so far ahead of the game.” 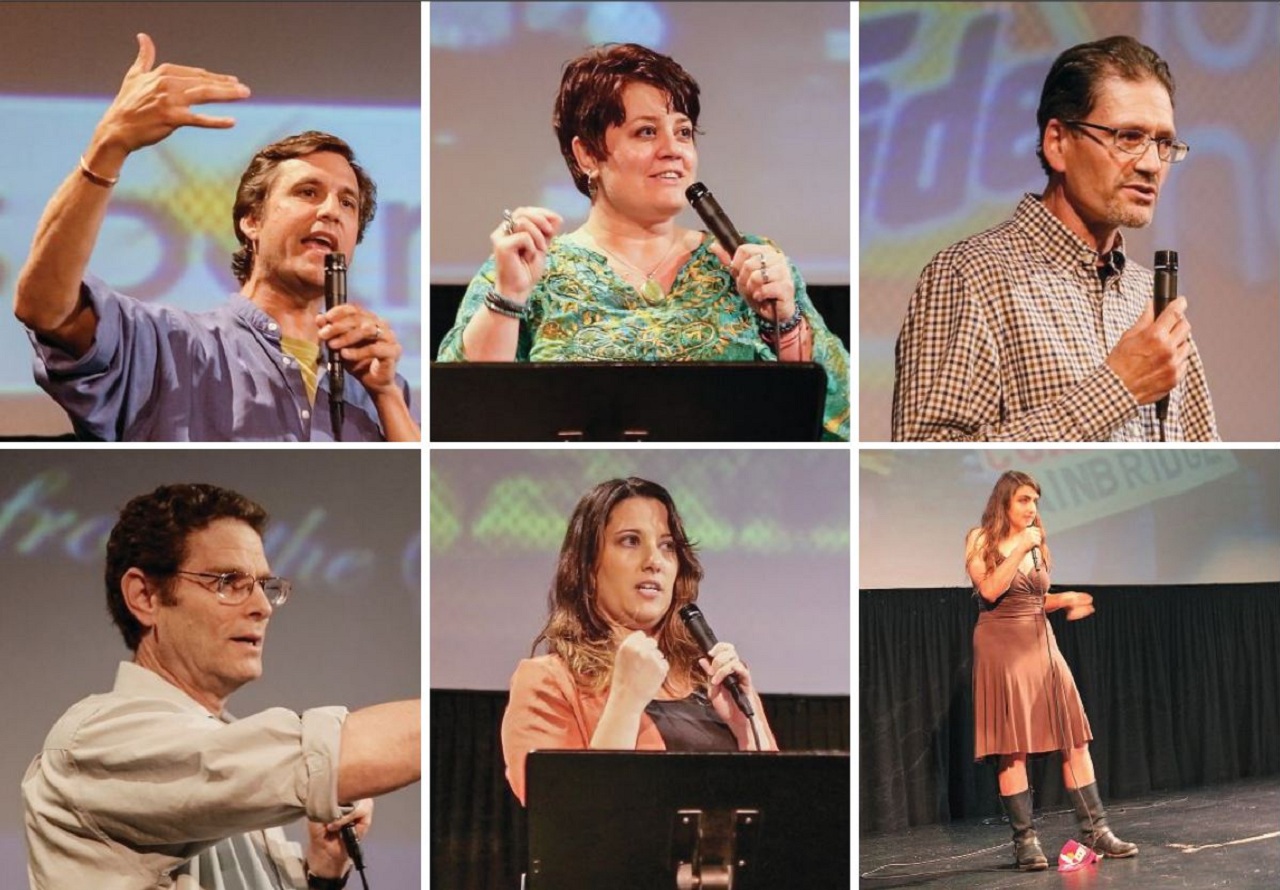