In the dark winter months, we in the Pacific Northwest can get pretty desperate. Craving sunshine, we dutifully double down on vitamin D while dreamily checking airfares to tropical destinations, perhaps in the glow of a special lamp designed to keep the winter blues away.

A startup on Bainbridge is working to give the sun starved a reason to toss out the supplements and special lamps. Solius, located in Avalara’s former offices at The Island Gateway, has built a medical device designed to deliver vitamin D by tapping the skin’s natural ability to manufacture it.

The company, which ran a clinical test on the island last year, promises that standing in their light therapy booth once a week for two or three minutes in your undies provides all the immunity boosting vitamin D your body needs for optimal health and might also lift your mood. It does this without the cancer causing ultraviolet A rays that have given the sun and tanning beds a bad name.

Solius has isolated a narrow spectrum of ultraviolet B light that’s responsible for producing the sunshine vitamin in the skin. A session of just a few minutes, adjusted for skin type, is the equivalent of standing in the summer sun at noon, sans sunscreen, for nine seconds, said CEO Rick Hennessey.

The device is sleek, white and pod-like with a sign-in touch screen next to its door. The all-white interior has rounded surfaces and soft, ambient purple light. A smaller touch screen plays a tutorial video. Below that are four grayish, shimmering square lenses stacked atop one another. Opposite are another four, adjacent to a bench for undressing.

Hennessey explained that the lenses are one part of a complex system for isolating the desired spectrum of light. Encased behind the walls are a set of mirrors, filters and custom German-made bulbs, all of which “treat” the light and make it safe to use.

The New York-native became passionate about photobiology—the study of how light affects living organisms—when he was a fitness model in his 20s. The job required the frequent use of tanning beds, and that worried him. With a degree in economics and psychology, Moffat taught himself to program computers and wrote a dosing program to help tanning salons minimize the risk of their product. Then a book called TheUV Advantage, which promoted the idea that sun exposure could be healthy, inspired Moffat to start Solius.

Thus far, Solius has built just three of the light therapy machines. Hennessey envisions placing thousands of them at pharmacies, fitness clubs, spas and medical clinics, where for around $50 a month, customers will be able to schedule weekly treatments using an app on their phones.

“I think about it like the Starbucks of healthcare—accessible, low cost, and it makes you feel good,” said Hennessey, a seasoned entrepreneur brimming with enthusiasm.

The 12-person company is still awaiting approval from the Food and Drug Administration, which it is expecting sometime this spring. Meanwhile, Canada has issued the firm a medical device certification, and a pharmacy in Vancouver became the first site to offer Solius to consumers last fall.

The outfit holds patents in the U.S., Europe, China and Australia and has more pending. It has raised $12 million in venture capital funding and will need additional rounds to realize its vision of opening an assembly plant in Kitsap.

Hennessey, who went to high school with Moffat’s wife on Mercer Island, first became an investor in the company and then CEO about three years ago. In the process, he lured the couple from New York to Bainbridge, which may prove an ideal place to operate. At 47 degrees latitude, we in the Seattle area are able to generate adequate vitamin D from the sun only about four months out of the year.

In addition to delivering vitamin D, light therapy has been used to relieve conditions like psoriasis and eczema. The Army is even testing a Solius machine at Madigan Army Medical Center as part of a warfighter readiness program.

This winter, Solius is launching a new pilot study on Bainbridge to illuminate what last year’s clinical trial suggested anecdotally—that the treatments boosted mood and energy level. The company is enlisting participants for the free mood study now and paying customers should have access to machines on Bainbridge later this year.

“It’ll be like brushing your teeth someday,” Hennessey promised.

“You’ll just want to get in here.” 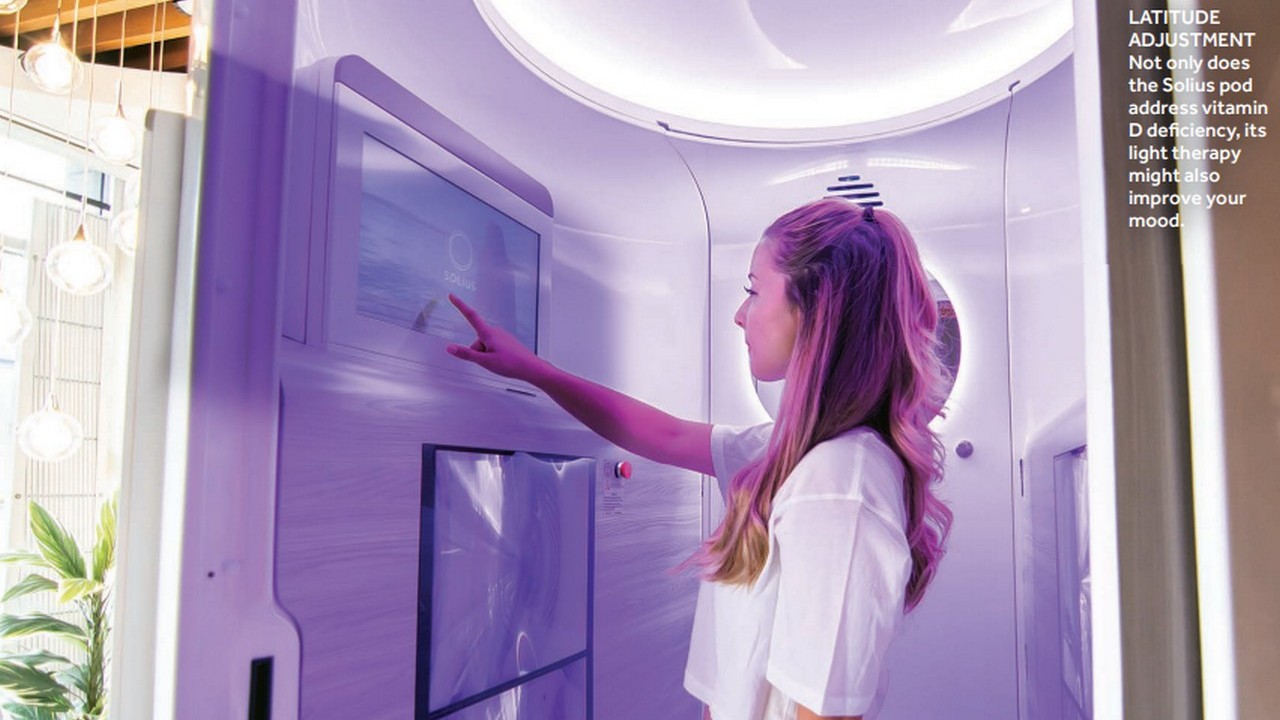 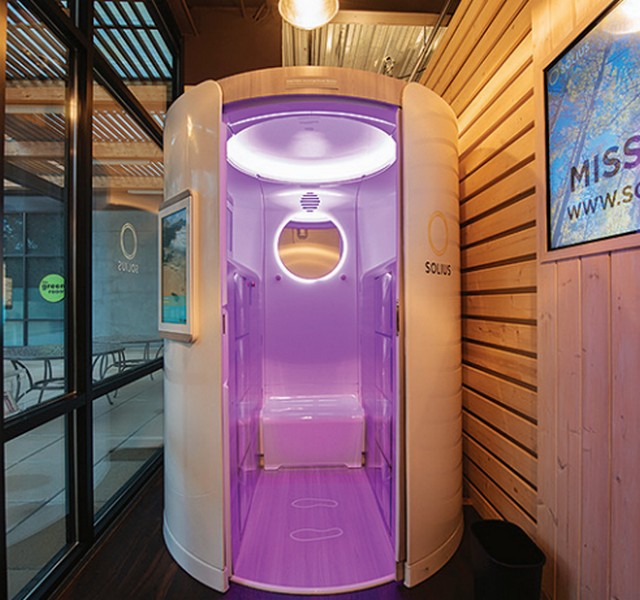 Gotta Getaway // Winter Mini-Breaks Are a Half-Day Away

Is There a Hospital on Bainbridge Island?