Ten Minutes With Chuck Beek // Geezer of Fury and Fun

Chuck Beek is doing pretty well—for an old geezer. At age 67, he takes weekly 30-mile bike rides and swims three days a week in the Sound during the summer. Chuck has been biking for 62 years and is the fourth oldest member of the Geezers of Fury cycling group—hence his Geezr4 license plate. Born and raised in Portland, Ore., Chuck has a Twitter profile (even though he’s never tweeted) describing himself as a “lazy man, cyclist, mediator, meditator, baker, coffee maker, swimmer, talker, friend.”

Who are the Geezers of Fury?

It’s a ragtag group of what one would think are older gentlemen, but in fact we are all ages. These are just people who like to bike ride and they got together and for some reason picked 7:30 on Sunday mornings to ride. None of these guys are actual geezers. Anyone is welcome. We are a diverse group and even have one-and-a-half Republicans.

Yes, we have a few. All of the women who have ridden with us are super strong. Initially, when a woman would show up there was some grumbling, you know, being geezers and all, so we would test them by being guys and telling them awful jokes. If they came back, we’d say they could stay. These are grandmothers in some cases, and they are just kicking my butt.

You’ve biked across the U.S. and Europe. What’s the best place?

Bainbridge Island is consistently my favorite place to cycle, and walk as well. We have great on-and off-road riding, reasonable weather, low traffic, courteous drivers and plenty of hills with occasional flat stretches. The natural beauty of Bainbridge is the real bonus and it starts right outside the door. Our 25- to 30-mile route, a modified Chilly Hilly, never seems to get old. As geezers, we need to keep things the same, including the 7:30 a.m. start time.

How would you describe yourself?

I’m a people person, and that’s becoming much more apparent now that I’ve been volunteering at the new Bainbridge Island Museum of Art. I don’t know much about art but I love the people.

When you opened Monorail Espresso in 1980 in Seattle, it was the first coffee cart in the country and you had tremendous success. What was your secret?

The best thing I ever did in business was hire good people.

Do you have any guilty pleasures?

I have a shopping habit. It’s not quite 12-step level. I get bored fairly easily and one of the easiest ways to solve boredom is shopping. I’ve said that if I ever had a child I would name it Costco Obama.

I consider politics to be sport. I’m a political junkie and I follow my candidates as if they were the Seahawks.

Who are your heroes?

People of color are my heroes: Willie Mays, Martin Luther King, Nelson Mandela, Miles Davis, Barack Obama, Gandhi. I don’t know why that is, probably because they have had the most to overcome. 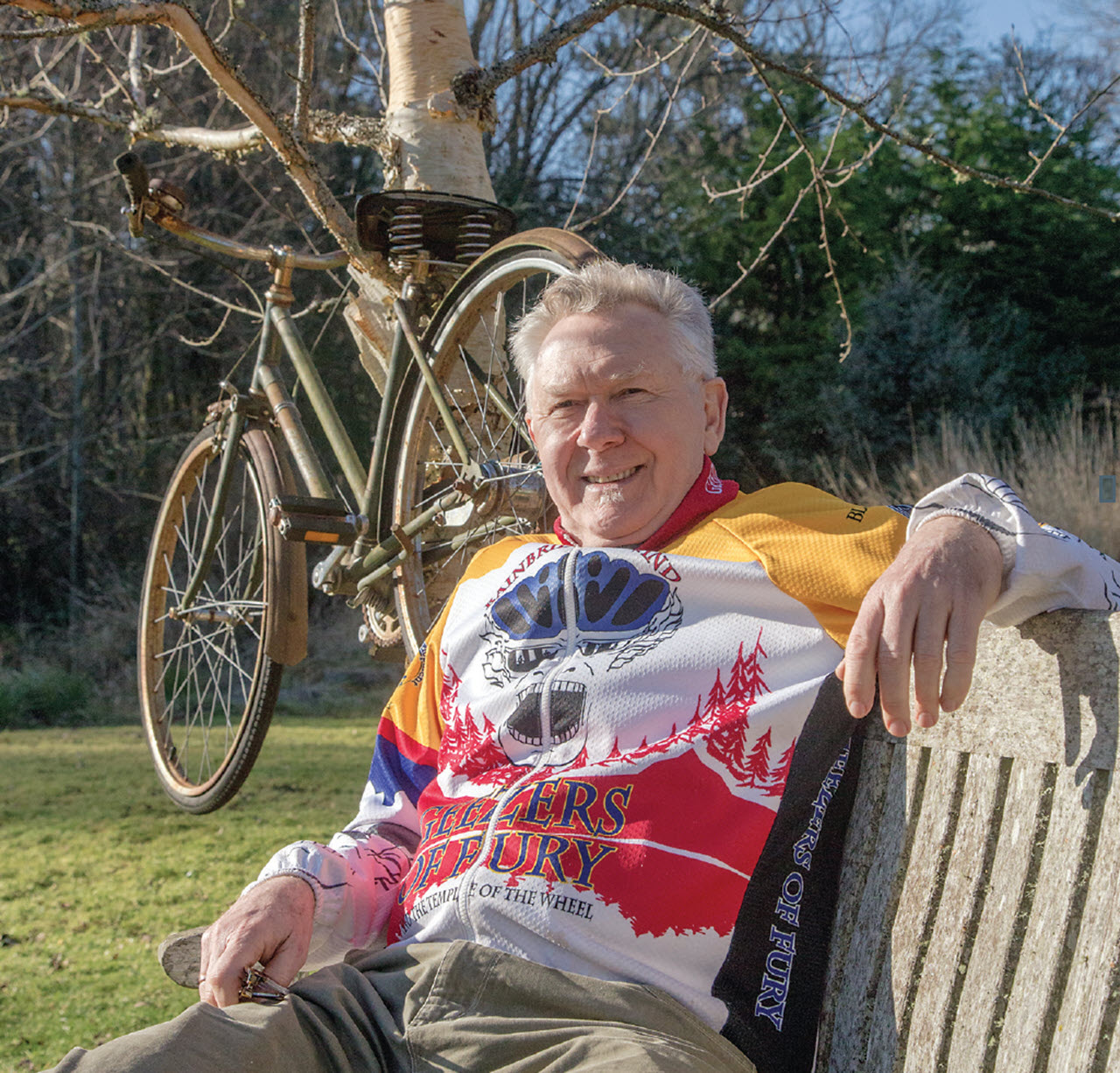 Bottoms Up! // Bainbridge Gets Its Drink On

The Cycle of Life // The Native Cycling Species on Bainbridge