Bottoms Up! // Bainbridge Gets Its Drink On

Strawberry Farms, Ferry Rides, Killer Cycling. That’s the stuff we’re made of. But lately, it seems like we’re getting a leg up on Lynchburg and Milwaukee. Over in the Coppertop Loop Business Park, locally inspired beer and spirits are being produced and sold by family-run businesses at two different locales: Bainbridge Island Brewing Company and Bainbridge Organic Distillers. Father and son. It’s a classic coupling for playing catch, doing yard work or tending the farm. But on Bainbridge Island, it’s also a popular pairing for brewing beer.

Chuck Everett never imagined that he would go into business with his son, Russell. But after a 30-year career in landscape architecture and environmental planning, Chuck was ready for a change. Russell, who grew up on the island but left to go to law school, was looking to start a brewery. “We just kind of collided at the right time,” Chuck recounted. And the timing seemed to be just right. When Russell looked at the pattern of the different brewing companies around the state in early 2011, he saw what he called “a doughnut shape around Puget Sound, with a big hole in the middle.” In that hole was Bainbridge Island.

With Chuck running the business and sales side of the company and Russell holding responsibility for brewing and product supply, they are building the business with complementary skill sets. Russell sees it as a “left brain, right brain match.” He said that it works particularly well because they are both calm and thoughtful about what they do. “We really don’t clash at all,” Chuck reflected. When asked what Russell learned about his dad from working with him for the first time, he said, “He’s way better behind the bar than I thought he would be. I didn’t know if he was going to be able to handle the pressure. He’s totally doing a great job. I’m surprised and delighted.”

In response to the same question, Chuck lauded his son’s creativity, passion and savvy. Other family members also helped bring the brewery to life. Russell’s sister designed the marketing communications when the business first opened. And Chuck’s wife, Julie, Russell’s mother, created the stained glass centerpiece above the bar, depicting the ferry and the mountains. She also masterminded and built the thematic light fixtures above the bar made from glass beer growlers.

Family-run businesses are clearly in vogue on Bainbridge. Just across the parking lot from the brewing company resides Bainbridge Organic Distillers, conceptualized, owned and operated by Keith Barnes since 2009. Like the Everett Family, Barnes has enlisted his son, wife and daughter-in-law to help run this vodka, gin and scotch making business. Barnes is at the helm of the distillery and is a scientist at heart. He dates his interest in science at least back to his college days, when he was pre-med. By learning about the fundamental chemistry behind spirit production, Barnes feels he can generate the best product possible. He also has co-owned a public relations company for many years, so he knows how to market what he makes.

Barnes’ son, Patrick, is responsible for the technical aspects of distilling. “He just figured out how the machinery works,” Barnes reported. “He has a really unique intelligence that just makes things work.” Barnes’ wife, Kelly, has another unique skill to add to the company: her tasting abilities. “Kelly can taste the various elements of our product and put words to it.” She uses these skills to help Barnes create the descriptive notes about each of the spirits they create.

Bainbridge Organic Distillers is the only organic distillery in Washington State. Barnes is proud of this distinction, along with the fact that all of his ingredients, such as wheat and juniper, are grown in the state of Washington. “We are big supporters of organic production here in Washington State,” Barnes said. He is even exploring the possibility of more of the ingredients being grown here on Bainbridge. 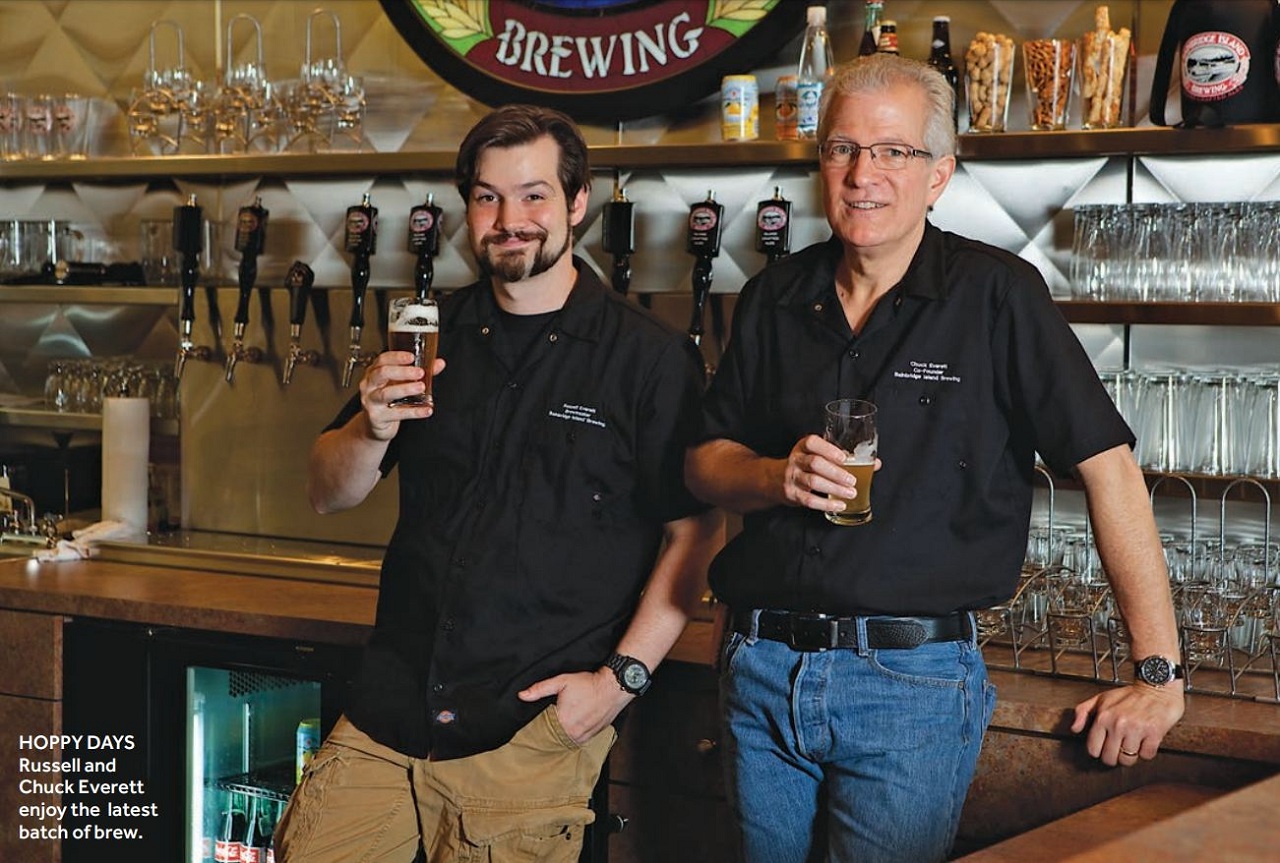 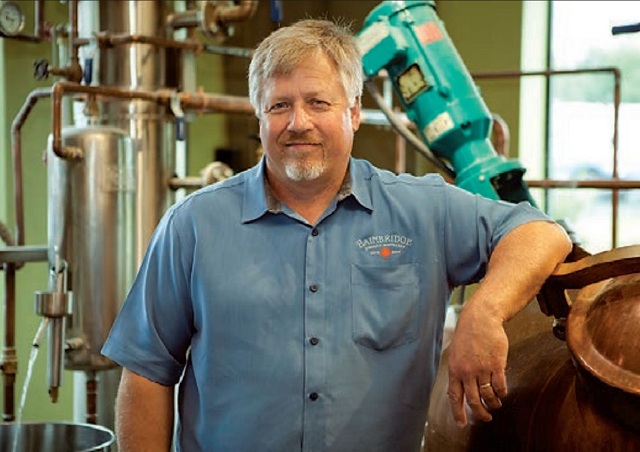 Till We Meet Again // The Resurgence of the Victory Garden