Cynthia Sears gets a sparkle in her eyes when she talks about art. An avid collector of arts and crafts, this 25 year Bainbridge resident is the inspiration behind the new Bainbridge Island Museum of Art, scheduled to open on June 14. Sears calls herself “a haphazard preservationist,” meaning she does whatever she can to spotlight the artistic talent of the Pacific Northwest and make sure its messages, beauty and creativity are accessible to as many people as possible.

When did art first become important to you?

As a child I made art. I think that if we have a museum here, children will not abandon that part of themselves as they get older.

Your art collection is amazing. What inspired you to collect art?

It happened when I got to know Richard Stein, whom I met in the early 80s. He did a lot of outdoor art shows in L.A. It was wacky and outrageous. It contained plays on words and was cartoony, but also really beautiful.

What makes you want to buy a piece of art?

It’s like falling in love—it’s as completely irrational and indescribable. It’s the feeling that I can’t stand being without what that piece of art does for me.

Why do you think Bainbridge is such a mecca for artists?

People actively chose this environment as where they want to live and work. Their work reflects it—they incorporate a sense of light and water and space and natural beauty, as well as the unnatural devastation that reflects nature’s clash with businesses that pollute and destroy the environment.

Who has played an important role in developing the museum with you?

My first partner in crime in the museum was Sherry Grover. She and I both loved books and book art, and anything that you had to pay attention to and play with and think about. At the museum, there will be a Sherry Grover room where you will be able to see the work up close and from all sides. Also, one of my daughters, Juliet, was an inspiration for the museum. I had mentioned to her that I really wanted a place on the island where art was accessible to people. She is very into horses. Juliet said, “Mom, if you want people to bring you their horses, first you have to show them that you have a decent barn.” And that’s what pushed the concept behind the museum forward.

What do you think the museum is going to do for the arts on Bainbridge?

It will give people an opportunity to fall in love! The art museum will do for people in the world of art what the library does in the world of books. That’s also why it is so important to me that the museum have free admission. I want people to be literate in art. And I want people, for example, who work in downtown Winslow, to go during their lunch break to see something that refreshes their spirit or gives them something else to think about. If you do it in a way that makes people see and feel how fun it is to have art around, it will do people immeasurable good. 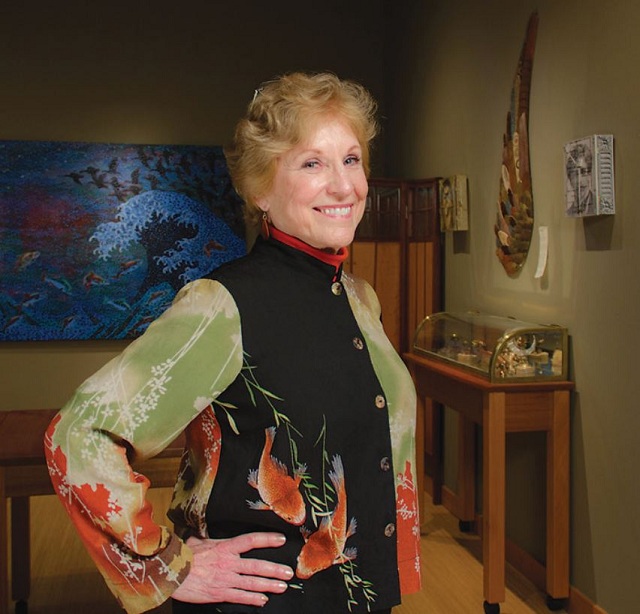