Ken Stern grew up surrounded by languages. His grandparents spoke Yiddish and his friends spoke Italian, though he never learned either himself. At age 8, Stern moved with his family from Brooklyn, New York, to the suburbs and found himself missing the linguistic and cultural diversity of his former neighborhood.

In high school, Stern began learning Spanish and later took up Chinese, which he called “kind of a lark.”

“I think I’m a word collector,” Stern said. “Once I sort of mined out English, I started rifling through other people’s languages.” Now, 30 odd years and numerous trips to China later, Stern hosts a weekly Mandarin conversation group at the Bainbridge Island Senior Community Center.

The Senior Center also offers free opportunities for weekly French, Spanish and German practice, and a number of other island language groups meet at people’s homes or, these days, via the online platform Zoom.

One of the longest running is a weekly French group that, since its inception around 40 years ago, has been meeting nearly every Wednesday afternoon at 4:30. Known as Vin et Fromage—a group for intermediate to advanced French speakers—it began as a conversation class taught by islander Michelle Van Slyke who moved to the United States from France in the 1960s. When she settled on Bainbridge, she received a number of requests for French lessons, which eventually transformed into a weekly tea, coffee and conversation group. A teaching stint in Nanjing, China, sent Van Slyke away for a year, but the group continued, transitioning from coffee and tea to wine and cheese.

Carla and Rick Kessler followed a similar model when they formed a Spanish conversation group nearly three years ago. After attempting to learn Spanish before a trip to Barcelona, the Kesslers found they still struggled to communicate with locals. Returning home, they decided they wanted to keep up with their Spanish practice, this time with a focus on conversational skills.

When the Kesslers learned about Vin et Fromage, they decided to begin their own group. These days, weekly participation ranges from three to 12 people of all different levels. While the Kesslers originally worried that more advanced folks would become bored and beginners would be nervous, they’ve found that folks are generally “very generous in both directions.”

The group now meets weekly via Zoom which has run fairly smoothly apart from some excitement when the Kesslers (staying with family in Idaho) experienced a 6.5 magnitude earthquake in late March. “Everybody got to see the house shake behind us,” Rick said.

Also meeting via Zoom is an Italian language group, started by Ashlee Redfern. Redfern’s interest in Italian stems from her heritage—as well as her love for good food (not to mention good coffee). After completing culinary school in Seattle, Redfern moved to Florence, Italy, where she lived for a number of years pursuing a bachelor’s degree.

Upon her return to the Pacific Northwest, Redfern began work as an Italian tutor, guiding trips to Italy and preparing in-home Italian meals, in addition to facilitating the Italian conversation group on Bainbridge. “The Bainbridge group has a really fun assortment of people,” said Redfern. While some participants have a connection to Italy through work or family, others are passionate about the food, history or art.

Redfern appreciates the way that Italian facilitates emotional expression. As she began to gain fluency, Redfern said Italian “felt more like a first language…I just really felt there were certain things I expressed better in Italian.”

Sini Kamppari also shares a strong connection to a language other than English. Born in Finland, Kamppari moved to the United States at 8 years old. While raising her children in the U.S., Kamppari hopes she can maintain their interest in Finnish language and culture. New to the island in September 2019, Kamppari decided to put the word out about a Finnish language group where folks could meet up to chat, sing songs and do crafts with her and her kids. Turns out, there are a number of families on the island with a connection to Finland, whether directly or through a relative.

“To my surprise I got so many positive replies,” she said. “It was really heartwarming, a nice welcome to the island.” Kamppari has also moved her group online due to the COVID-19 outbreak, but she is glad to have built a community here. 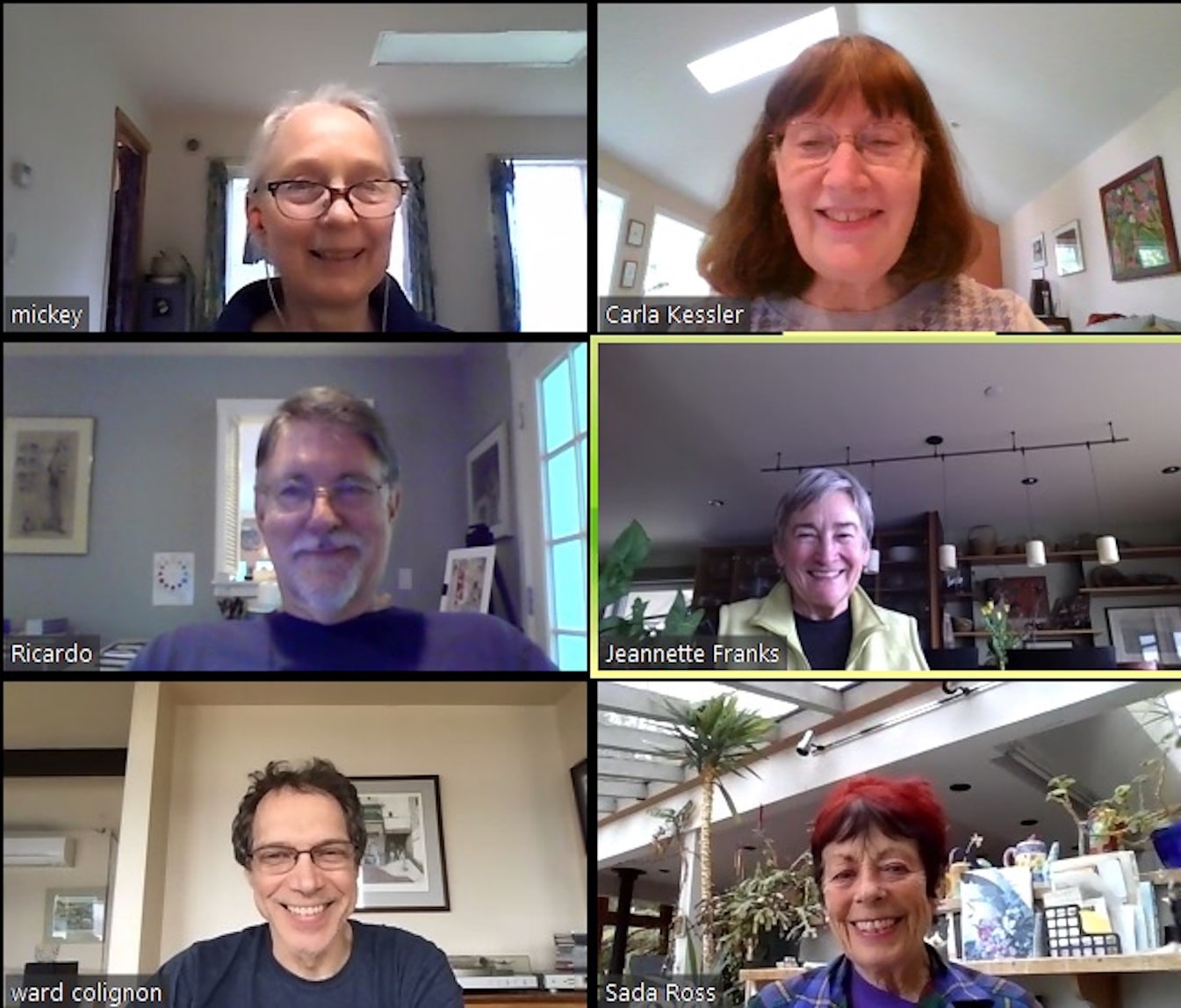 Speak Easy // All in a Day’s Discourse and Dialogue