Jaana Linsenmayer tried nannies and day care after her first child was born and she returned to work. With the arrival of their second child, Jaana and her husband, Erik, wanted something more. Au Pair in America provided the solution. The program, which started in 1986, has au pairs from more than 60 countries. Au pairs offer their host families flexibility, live-in help and the opportunity to learn about other cultures.

In exchange for room, board and a weekly stipend, an au pair will provide 45 hours of childcare, up to 10 hours a day, including household help related to the children. It’s a one-year commitment, sometimes renewable for a second year. “It sounds like a luxury to have live-in help,” Jaana said, but it made economic sense with two children. There are currently 19 au pairs living on Bainbridge Island, according to Carol Perry, the program’s energetic community counselor, and she stays in close contact with all of them. “I give them so much credit. They grow so much by the end of the year,” she said.

For Jaana and Erik, choosing their first au pair seemed “like online dating.” They had to prepare a family profile. They had to wait for potential au pairs to pick them out of all the other host families. They had to sort through au pair profiles and videos. Once they narrowed the field, they had Skype conversations with prospective au pairs before finally finding a match. After they brought their new au pair home, Jaana recalled thinking, “I just brought a stranger into our house.” Despite her initial nervousness, the first au pair worked out and they welcomed a second au pair, Prisila Velazquez, into their home almost two years ago.

“We’ve been so lucky,” Jaana said. “[Prisila] is always one step ahead of me.” Jaana believes that her children, Nigel and Natalie, now have a better understanding of other countries, which in turn “creates an open-mindedness.” Still, Jaana said, it can be somewhat like having a teenager living in your home, once the au pair has built up a social network. Plus, you might have to share a car. Velazquez, who is from Mexico, has long hair secured in a tidy ponytail. She liked the Linsenmayers immediately, but she described the process of becoming an au pair as “hard, because you don’t know what’s going to happen.”

She said that while it is not such a big deal to be living in the U.S., it is a big deal to be living without her birth family—and far from the traditional path her friends have chosen. “Your friends have stayed the same, but you’ve changed.” Velazquez speaks only Spanish with Nigel and Natalie, and she volunteers every Tuesday in Nigel’s Spanish-immersion classroom. The children spoke Spanish with Velazquez’s mother, who doesn’t speak English, when she visited Bainbridge and stayed with the Linsenmayers.

Velazquez is in the last few months of her stay here. Asked what memories she will take back home, Velazquez mentioned Thanksgiving, because “it is about family,” but her best memories involve the children. “I love them,” she said, trying not to cry. “I’m going to miss them so much.” For German au pair Marie Hesse, who was an educator and a volunteer firefighter in her native country, inclusion was at the top of her wish list when looking for an American family. “It was very important that I have a family who accepts me as a family member,” she said. But it wasn’t love at first Skype. “At first I wasn’t sure,” she said carefully.

“[Living] on an island with two dogs? It was something I had to figure out for myself.” Hesse joined the Wilkinson family, Barbara, Brian and their three children, last summer. The Wilkinsons have a boisterous household, with a chocolate Labrador, a Pomeranian and three kids ranging in age from 19 months to 12 years. The deciding factor may have been that Beatrice, the Wilkinson’s precocious 6-year-old, danced for Hesse on Skype, but it didn’t hurt that Brian is an avid German soccer fan— even though he and Hesse support rival teams—and Barbara is from Germany.

In 2011, Hesse spent almost two months traveling in the U.S., but it didn’t prepare her for life on the island. “Bainbridge Island doesn’t feel like America. It’s quiet and small, and you can drive through the woods,” she said. Hesse is the sixth au pair the Wilkinsons have welcomed into their home and hearts. “It’s always a new experience,” Barbara said. “It requires adjustment from both sides.” Most of the family’s au pairs have returned to Bainbridge Island to visit; all have created photo albums filled with memories. 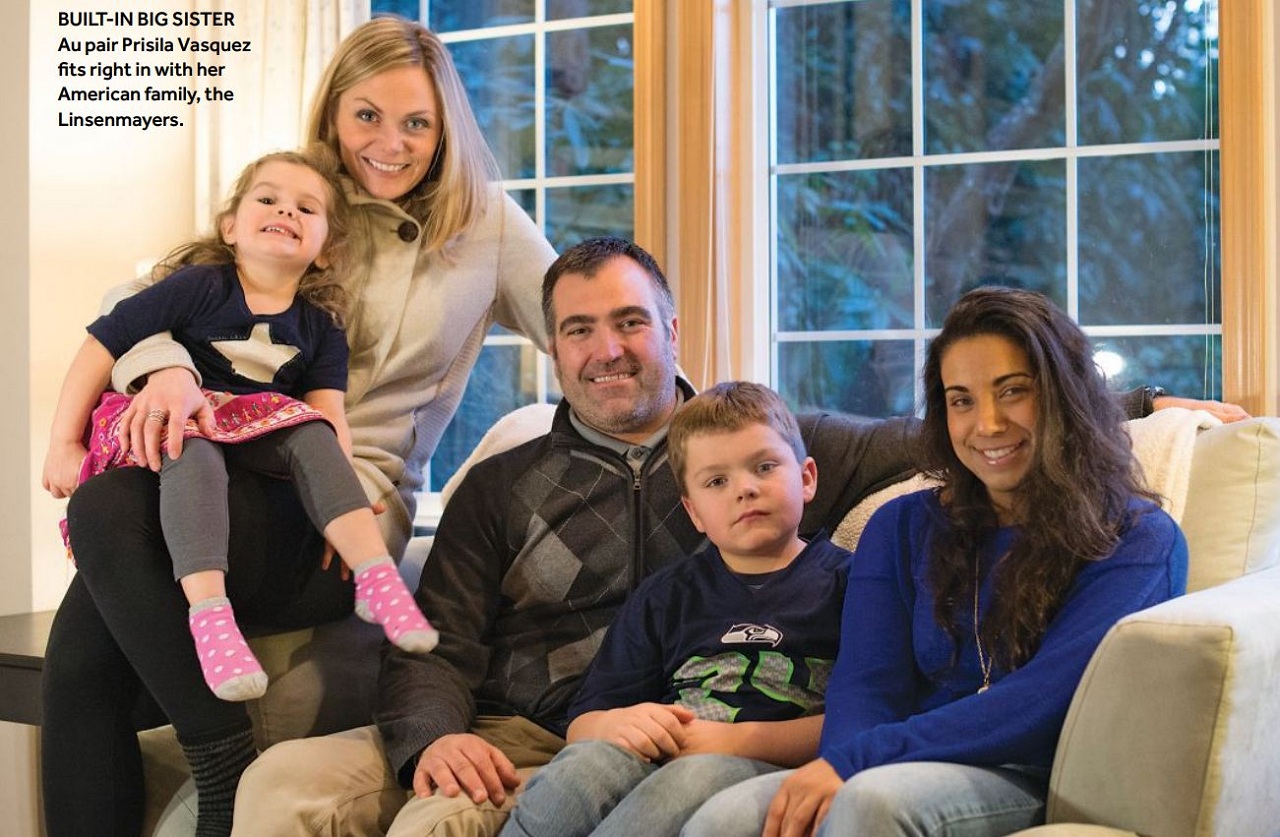 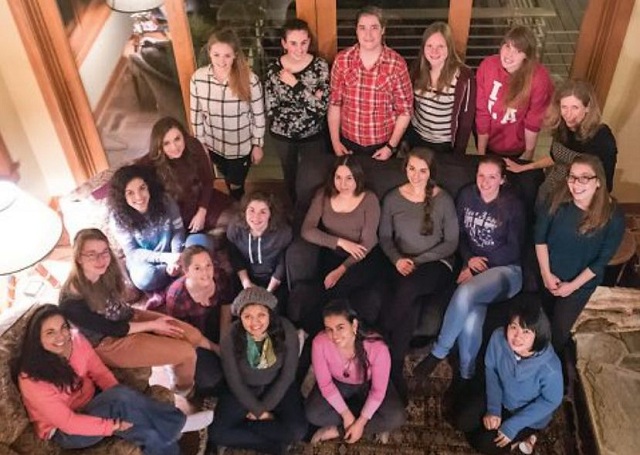 Meant to Be // Finding Their Place in Rolling Bay