At the start, Bainbridge Island Rod and Gun Club members fished for salmon in the Sound and hunted wild game in the woods. It was 1929, and “the island had a very rural character then,” said David Ward, president of what is now the Bainbridge Island Sportsmen’s Club.

The island has changed a lot, but 90 years later the Club still provides a gathering place for sports enthusiasts. The nearly 16-acre property along both sides of Sportsman Club Road includes the historic clubhouse, forest, a youth fishing pond, and archery, pistol and shotgun ranges.

It is Bainbridge’s oldest community organization, Ward noted. The Club launched with a dozen or so people and today has 240 individual and family members, he said.

Its ranges are open to mem- bers and the public at specified times; some rental equipment is available. Range safety officers are on hand “so everyone can have a good time,” said Reed Martic, a trustee, manager of the pistol range and chief range safety officer.

“We strongly advocate that anyone with a pistol take a class and not just pull it out at a time they feel threatened,” Ward said. “Also, many parents see classes as an effective way to teach firearms safety. If kids have exposure to the safety aspect, they know not to be part of messing around.”

To help improve and build ranges, the Club taps into state grants, Ward said. The money comes from a percentage of concealed-carry permit fees.

This year, the Sportmen’s Club plans to repurpose its old rifle range for long-range archery. Some archery competitions require up to 60 meters, Ward said, so the new range will add a dimension to the local program. The Club also plans to install a fly-casting pond. Both “will add activities that are not noise-generating and that have youth appeal,” he said.

Because of neighboring homes and churches, the Club is applying for a noise-reduc- tion grant and has hired a sound engineer, Ward said. “Neighbors are concerned about the noise, and we can’t be insensitive to that.”

One popular program generates little noise: archery. The Club offers instruction and open shooting times as well as a competitive program for ages 8 to 18 through Junior Olympic Archery Development.

is the norm. You have to be determined.” Keys to success are frequent practice, he said, and parental encouragement.

Classes for younger archers focus on technique, practice and games, Hanson said. Adults pursue the sport, too, including some beginners.

The Sportsmen’s Club reaches out to the com- munity in other ways. The Bainbridge Island Police Department uses the pistol range for qualifying, Ward said; corporate groups rent the facilities for team building.

And on the fourth Saturday each April, the Club holds the Huck Finn and Becky Thatcher Day Fishing Derby at its pond alongside Sportsmen’s Club Road. The event, for ages 14 and under, takes place this year on April 25 and runs from 9 a.m. to noon. The Washington Department of Fish and Wildlife stocks the pond with hundreds of 10- to 12- inch trout—and a few larger ones, said Martic, who is also the event chair. The Club provides cane fishing poles and hot dogs. Rod- and-reel sets are awarded in boys and girls categories for first fish, biggest fish and most fish caught.

The Club has held the derby for at least 45 years, Martic said. “And we plan to keep it going, because it’s a lot of fun.”

Members also organize free Thanksgiving and Christmas dinners at the clubhouse for 40 to 45 peo- ple, mainly seniors, Ward said. “A lot of people in as- sisted living facilities don’t have relatives living close by. We provide rides for people who need them. We serve turkey, ham, mashed potatoes, green beans and desserts. People go away with smiles on their faces.”

While the Club is proud of its heritage, it also wants to be an integral part of modern island life, Ward said. “We want kids to love learning archery or trap shooting. Both are individu- al sports that you can enjoy and carry through life with you.” 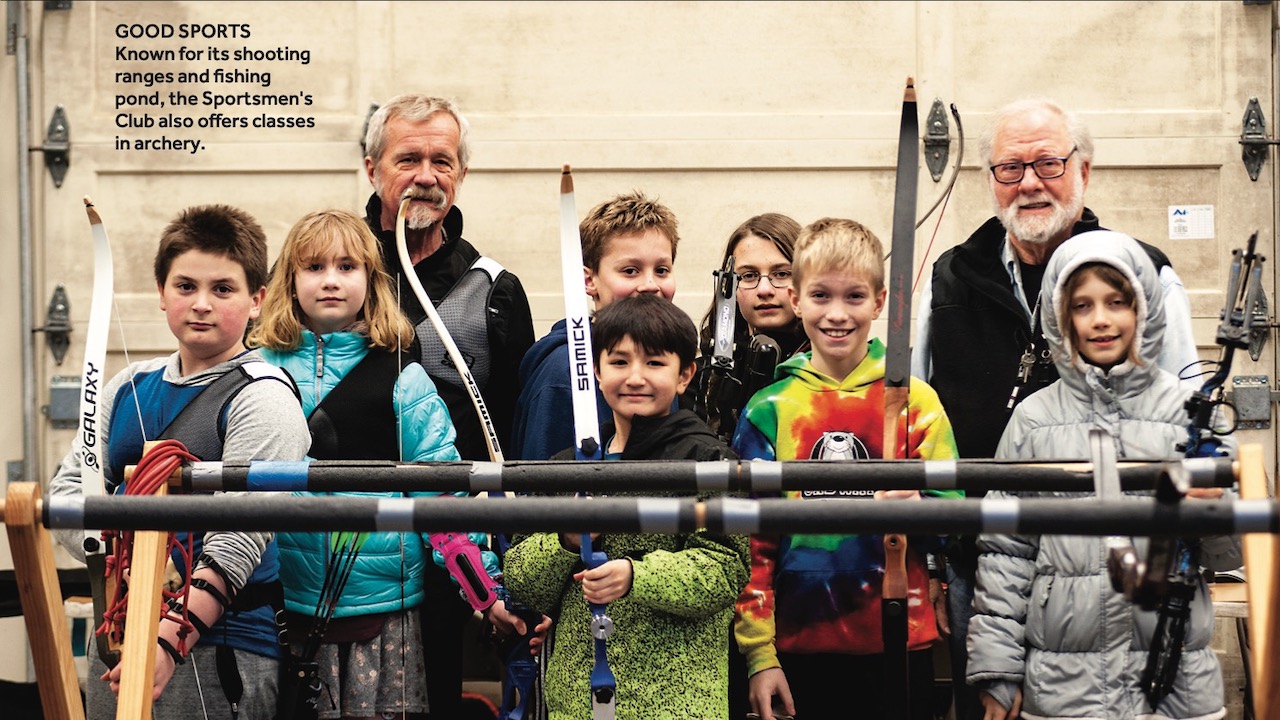 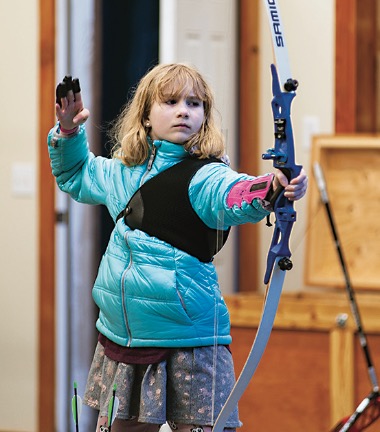