Bainbridge Islanders love seafood. Our island rests in rich fishing waters, and our restaurants and markets are stuffed to the gills with the delicious bounty of the sea. Such bounty, however, sometimes comes with a price. That price is bycatch.

Bycatch is that portion of a seafood catch that a fishing vessel is not targeting, is not licensed to fish for and therefore cannot use. For example, if a fishing boat licensed for pollock pulls up 100 salmon mixed in with 300 pollock, the salmon aren’t part of the catch and legally must be discarded. That means they get thrown back into the sea, usually dead or dying.

Sharks to salmon, terns to turtles—millions of tons of marine life are wasted each year as bycatch. It’s a waste of life that serves no one.

But SeaShare, a Bainbridge Island nonprofit organization that was formed to confront that waste, now helps put nourishing, protein-rich seafood on the plates of Americans suffering from hunger. And in the process, it has rallied an industry together to help make a difference every time a net is dropped into harvesting waters.

SeaShare was formed in the 1990s by Bainbridge Islander Tuck Donnelly. A seasoned commercial fisherman, Donnelly became accustomed to the amount of bycatch cast back into the sea. When he began to manage fleets of smaller vessels, however, firsthand experience hit home. Working alongside smaller crews, Donnelly began hearing their complaints about the forced waste.

One day, a crewmember came to him with a dying 15-pound Chinook in his hands and said, “We hate this. Why can’t we just give these fish to a food bank?” It seemed like common sense to Donnelly. Once ashore, he contacted a local Seattle-area food bank to see if they would take the fish and distribute it, but federal laws prohibited fishing companies from donating bycatch. Finding too much red tape and disturbed by the waste of natural resources, Donnelly set out to try and change those laws.

After years of fighting an uphill battle against bureaucrats and fellow fishermen, his persistence paid off and he was granted permits to donate the bycatch to local food banks. While he never envisioned SeaShare to be anything more than a small group of volunteer fishermen donating their bycatch to their local food banks, it has grown into an industry-wide movement that has provided over 180 million seafood meals for America’s hungry. The seafood industry has heartily taken up the cause, donating money, labor and first-run seafood products, such as fish sticks and canned salmon. In fact, local seafood companies have given so much in the last 10 years that bycatch now accounts for only 10 percent of the seafood that SeaShare provides to the nation’s food bank network.

Donnelly has since stepped down as SeaShare’s director but still serves on the board. Islander Jim Harmon, who was the operations director for years, now serves as executive director. Mary Harmon is the business manager. Together, from SeaShare’s offices on Bainbridge, they orchestrate the time-sensitive logistics of transporting seafood products from the fishing vessels to the food banks. Working with the well-rounded board and with the help of several generous Puget Sound fishing companies, SeaShare runs one of the tightest ships in the nonprofit world, using 91 cents of every dollar donated to feed Americans challenged with food insecurity.

“Food banks continue to struggle to find protein, and are forced to fill their shelves with high-starch, low-quality food,” Jim said. “The donations we receive from our incredibly generous donors make a huge difference to the nation’s food bank network and the people who depend on it.”

Part of the Harmons’ role is to connect and direct fishermen, processors, packagers and shippers so that a healthy end product, such as frozen fish patties, makes it to where it is needed most in the food bank network.

“Without the generosity of the seafood industry, we wouldn’t be able to do this,” Jim said.

Few locals know about SeaShare, even though it’s been making a big, nationwide impact for 19 years—all because a small, local group saw a way to help and just dove right in. 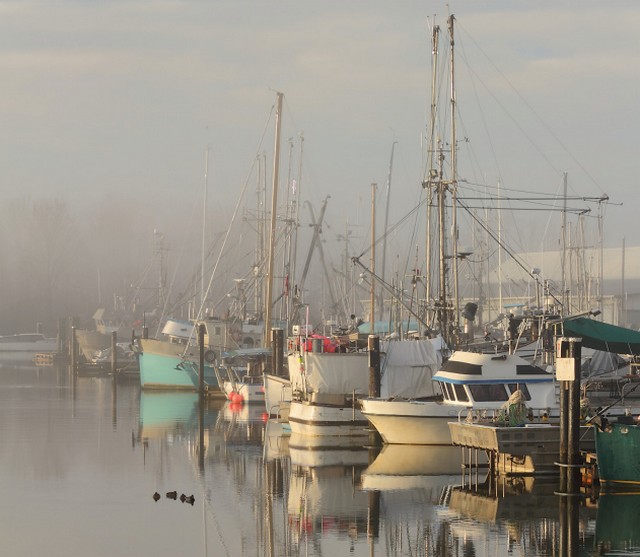 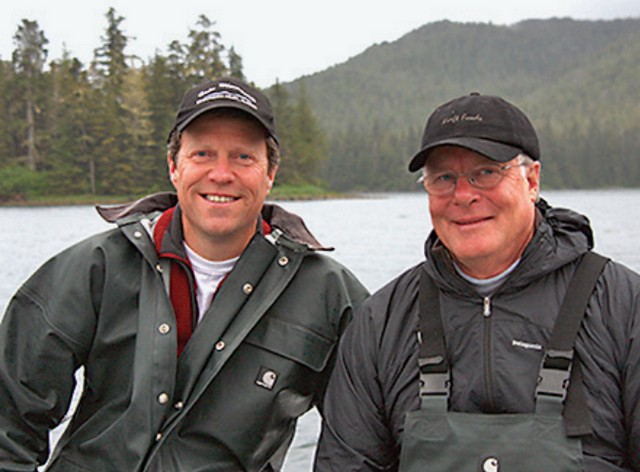