Picture an apple. The shine of its skin, the star of seeds at its center. Statistically speaking, if each of those seeds were planted, they would most likely grow into completely different varieties of apple trees—different from the parent fruit and different from one another. Because most apple varieties are not self-pollinating, they are fertilized by a different variety, which leads to immense variation from seed to seed. For Darren Murphy, the co-founder and president of the Bainbridge Island Fruit Club, this is what makes growing fruit so appealing.

Murphy’s love of gardening began in childhood, and he’s been perfecting horticultural techniques like grafting for many years. For his first-ever graft, Murphy spliced some gnarled pear and apple cuttings onto a tree in his backyard. The cuttings took and a passion was born.

“The ability to create your own tree is so cool and exciting that it’s kind of addictive,” Murphy said. That fascination is the seed from which the Bainbridge Island Fruit Club grew. It is the ninth and newest chapter of the Western Cascade Fruit Society, a nonprofit that connects orchardists and gardeners across eight counties. For over a decade, Murphy attended the Peninsula Fruit Club meetings before co-founding the Bainbridge branch in 2014.

“I was one of the few people from Bainbridge that would regularly go to the Bremerton meetings,” Murphy said. “I just felt that there was enough of us here that would want to do something on Bainbridge.”

The BIFC typically meets on the third Thursday of each month at the Grange Hall. During each meeting, a guest lecturer will speak on a given topic—anything from beekeeping to cider-making—after which members can discuss the successes and failures in their own gardens. No fruit growing experience is necessary to join—the club welcomes fruit virtuosos and beginners alike. In fact, current vice president Ben Upsall initially joined when, upon moving to the island and purchasing a home, he suddenly had a sprawling garden and a stand of fruit trees to take care of.

“We were very fortunate to have found the fruit club, and that’s where I’ve basically gone from absolute novice to one step above absolute novice,” Upsall joked.

Since the club’s founding, one of its major service projects has been preserving and rehabilitating the orchard at Johnson Farm. Before the BIFC stepped up to maintain the grove, its future was uncertain. There were even plans to turn the land into a barley field.

“My proposal at the time,” Murphy said, “was to try to create an orchard that would not only benefit us as far as providing a ready source of different fruit varieties for display and scion wood for grafting, but that would also give the public an educational opportunity—just to see what you can do with an old tree.”

For the last six years, the club has been pruning and grafting its way through the 67 apple, pear, plum and walnut trees on the property. Both on Johnson Farm and in backyards around the island, the grafting efforts have yielded varieties of fruit that aren’t widely available in commercial nurseries. One such variety is the Pendragon apple, which originated in 12th-century England. Its candy-red skin and matching flesh make the Pendragon not only one of the most beautiful apples, but also the richest in antioxidants. Although it’s a fairly rare variety, the BIFC is cultivating scions.

“Here’s this ancient apple that virtually no one knows about, and yet our club offers people the chance to grow it in their backyard,” Murphy said.

Unfortunately, the COVID-19 pandemic has interrupted the BIFC’s monthly meetings and summer garden tours. Despite the obstacles posed by the virus, the club continues to operate remotely. In March, the heart of grafting season, it managed to provide islanders with enough cuttings to keep busy under stay-at-home orders.

“We had one of our members order 44 pear and apple trees,” Murphy said. That order may seem tall, but it perfectly encapsulates the giving relationship at the club’s core. As Upsall put it, “We are dirt-under-our-fingernails, in-the-garden-all-day kind of people, and everyone’s just really excited to help each other out.”

Whether cultivating one tree or 44, the BIFC is here to help. Although the coming months hold uncertainties, it may very well be an excellent season for apples. 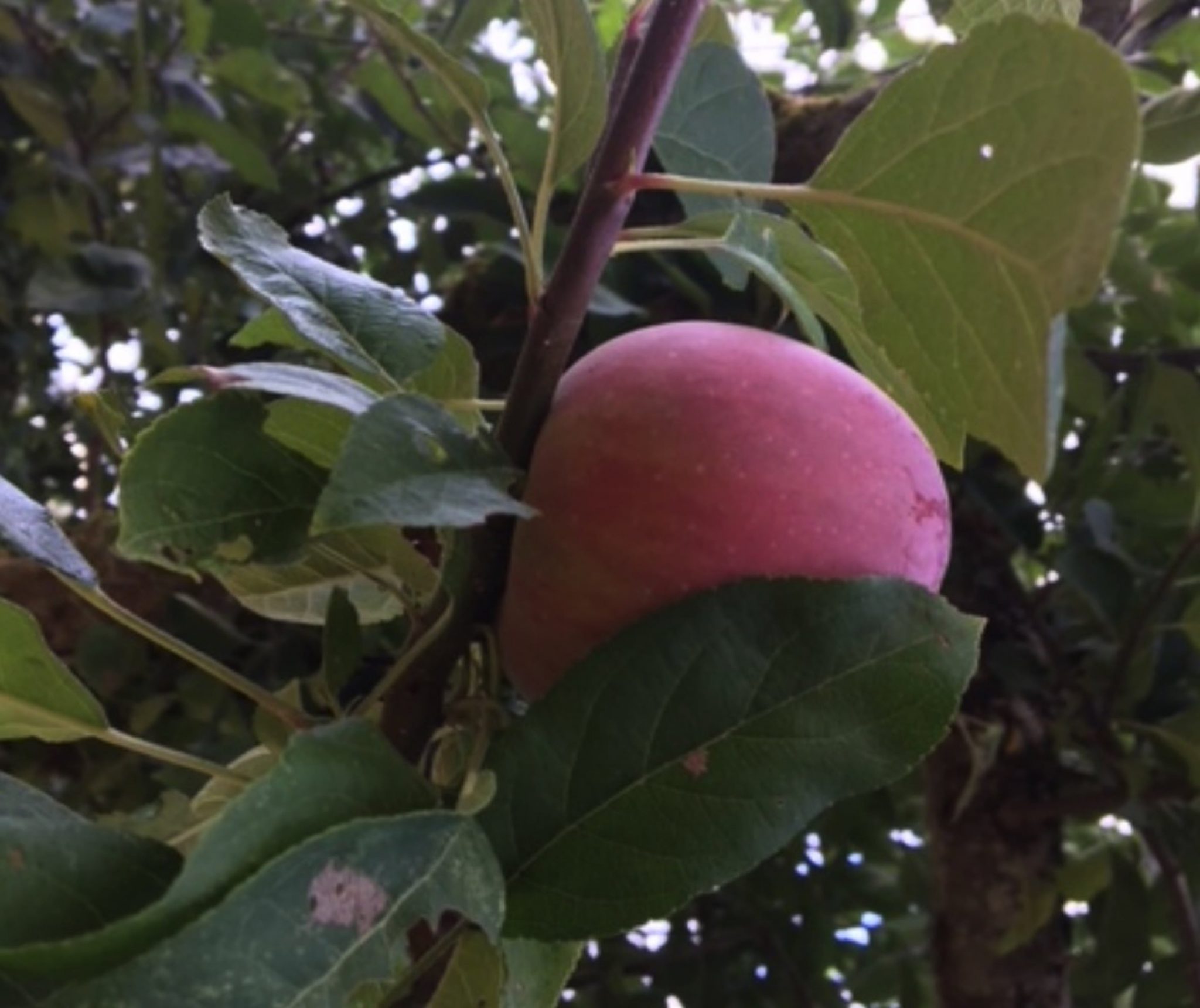