Perhaps you’ve bought Paul and Lorraine Svornich’s beautiful albacore tuna at the Bainbridge Farmers’ Market. Or perhaps that particular pleasure still lies ahead of you. Sashimigrade tuna loin, so pure you can eat it raw; tuna loin canned in only its own juices; or their exceptional canned smoked toro, the highly prized belly tuna that makes the best tuna sandwiches of your life—these are the treasures offered to us by the island’s own stars of the sea. Paul was born into an island fishing family. Both of his grandfathers as well as his father and two uncles were commercial fishermen, part of the Croatian fishing community centered in Eagle Harbor.

He went out fishing for his first full season at the age of 13 and never looked back. A 1973 graduate of Bainbridge High, Paul said, “I held back-to-nature values in high esteem and wanted to embrace that. I liked being on the sea but I didn’t want to do the industrial thing. I wanted to do a low-impact, smaller-footprint, closer-tonature kind of fishing.” In pursuit of that dream, he spent three-and-a-half years in his driveway, building the fishing vessel Ocean, a 38-foot sail-assisted boat with a freezer that holds up to 3 tons of fish. Launched in 1987, it’s “the littlest boat in the whole deep-sea fleet,” Paul said.

But its small size doesn’t hold the couple back. Although these days Paul and Lorraine usually fish 40 to 60 miles offshore, they have traveled as far as 1,300 miles offshore chasing tuna. What’s it like so far from land? “Sometimes we don’t see anybody for days, other times there are so many boats you have to avoid running into them,” Paul said. “Most tuna fishermen work in packs and hunt like wolves, all hunting together. We run alone most of the time.” They do this in order to produce a unique product.

Paul explained, “There are about 500 to 600 boats in the tuna fleet on the West Coast, but only a few of them sell anywhere but to the big cannery corporations. Most boats sell whole fish, and the cannery corporations send them mostly to Southeast Asia to get canned and then sent back to America. I didn’t want to have any part of that process, so our fish is custom canned by small local canneries. There aren’t many of them left because to can fish in America is so much more expensive than to do it in Asia.

That’s one of the reasons our fish is so much more expensive than grocery store tuna.” The juvenile albacore they catch usually weigh 9 to 30 pounds. “An albacore in the north Pacific is a migratory animal,” Paul said. “In the winter, when they’re young, the fish migrate from Asia; in the spring, they cross the north Pacific to feed on all the rich upwellings off the edge of the continental shelf of North America. They’re hungry and they’ll bite at anything.” Once the fish are hooked, he brings them on board and processes them immediately. “I don’t want fish to be on deck for more than two hours, and preferably only an hour, because I’m selling fish to Japanese restaurants that are really high quality and I get top dollar for it,” Paul said.

“I want to get the fish in the freezer as fast as I can.” Besides selling to Japanese restaurants and at the farmers’ market, Paul and Lorraine hold two annual sales of fish from the boat—one in Westport, where the boat is docked during fishing season, and one in Port Orchard. These sales are always well attended by many regular customers who enjoy buying high-quality fish directly from the boat. What keeps them out at sea year after year? “The beauty of it all,” Lorraine said. Paul added, “The magic and the beauty of being that close to nature. 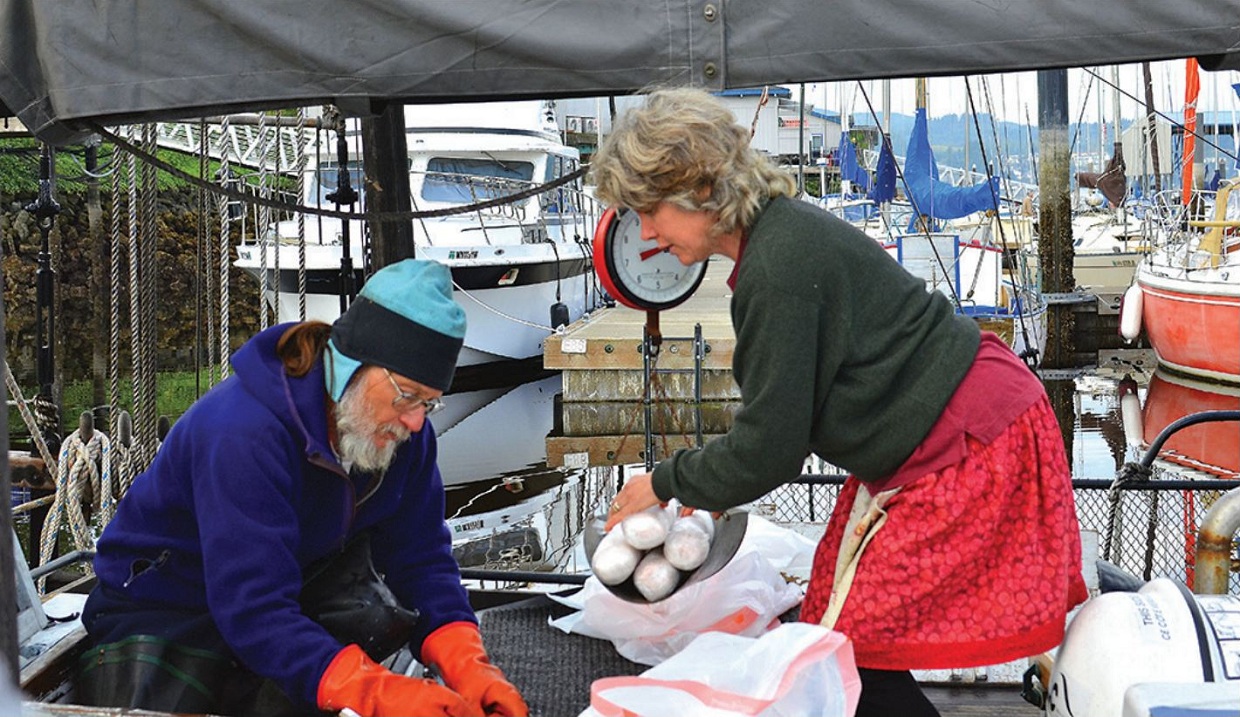 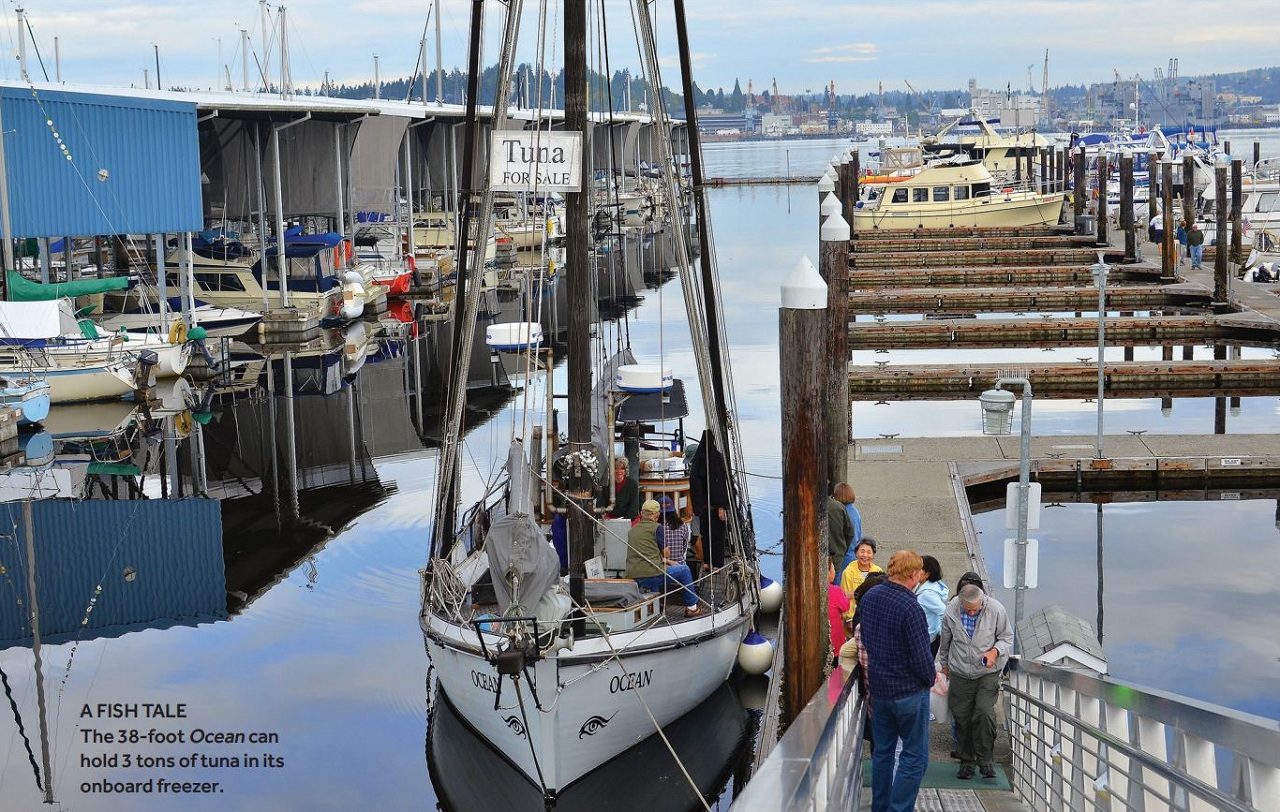