Some fun owl facts: Owls are colorblind and have no sense of smell. The males build nests and invite females to join them. And they mate for life.

Wildlife enthusiast and entrepreneur Emmy Sunshine learned these bits of information while researching and observing screech owls and building them boxes to nest in.

The islander can even recognize various owl calls and what they mean, including the excited announcement of new hatchlings and owlets’ cries of hunger. Her husband, Stephen, teases her. “He calls me Jane Good-owl,” Sunshine said.

It all started about 10 years ago, when Sunshine built an owl box as a gift for a friend. Then she made one for her own family, mounting it on a tree in her front yard in Austin, Texas. A pair of screech owls moved in and soon there were hatchlings.

Neighbors flocked to see the adorable little fluff balls perched in their “roosting window” and asked Sunshine to make more boxes. She began building and selling several per month, then a dozen or so, eventually creating a small business called Owl Reach. After launching an online store in 2016, she now fills hundreds of orders a year from across the country and Canada.

The cedar boxes are fairly simple in design and feature a large window for easy owl viewing. They are sized especially for the smallest owl species screech and saw-whet which weigh in at a mere six-or-so ounces. The boxes are long and narrow, made to mimic a hollowed-out hole in a tree, which is the birds’ preferred type of nesting site because they can hide from predators at the bottom.

However, the owls aren’t all that picky about where they build their nests, Sunshine said. They like suburban areas, which are home to fewer predators, and will build nests on the side of buildings or other seemingly less-than-ideal areas.

By installing an owl box, people help give the animals a safe place to nest, which is good for the owls and great for people too. Screech owls eat insects and rodents, keeping those populations in check, and are not aggressive toward people or pets. “You will spend hours and hours watching those birds,” Sunshine promised. “It’s like National Geographic in your front yard.”

Sunshine credits her childhood her outdoorsy father in particular for her love of the natural world. She and six siblings accompanied their dad on countless hunting and fishing trips around New York as well as to Eagle Scout leader meetings. Summers were spent largely outside at an upstate cabin. “I was at the firing range when I was 5,” she recalled.

The Sunshines moved from Austin to Bainbridge Island last year with two teen sons a Maltipoo and a Great Pyrenees. The couple became enamored with the idea of living on the island after Stephen took a business trip to Seattle and texted Emmy an idyllic ferry photo of his colleague’s daily commute. Today, the busy real estate agent builds owl boxes in the garage of her Rolling Bay home while a business partner in Texas continues to build them there.

The population of small owls on Bainbridge, namely Western screech owls and Northern saw-whets, can use the helping hand. Their numbers have declined ever since barred owls, which prey on the smaller owls, appeared on the island and across the region a couple of decades ago, according to West Sound Wildlife Shelter and licensed owl bander Jamie Acker, who has been tracking the island’s owl population for more than 20 years. In addition, development and tree clearing has put a dent in their habitat.

Sunshine’s Owl Reach Instagram account is filled with ridiculously cute owlets and soul-piercing owl stares, enough to send you searching for the perfect spot to mount an owl box outside your window.

Something about the birds indeed captivates the imagination, causing a growing list of locals to fall under their spell, including Kitsap author and naturalist Leigh Calvez who penned a 2016 bestseller on the subject.

“Everyone is fascinated by owls,” said Sunshine. “They are just majestic birds.” owlreach.com 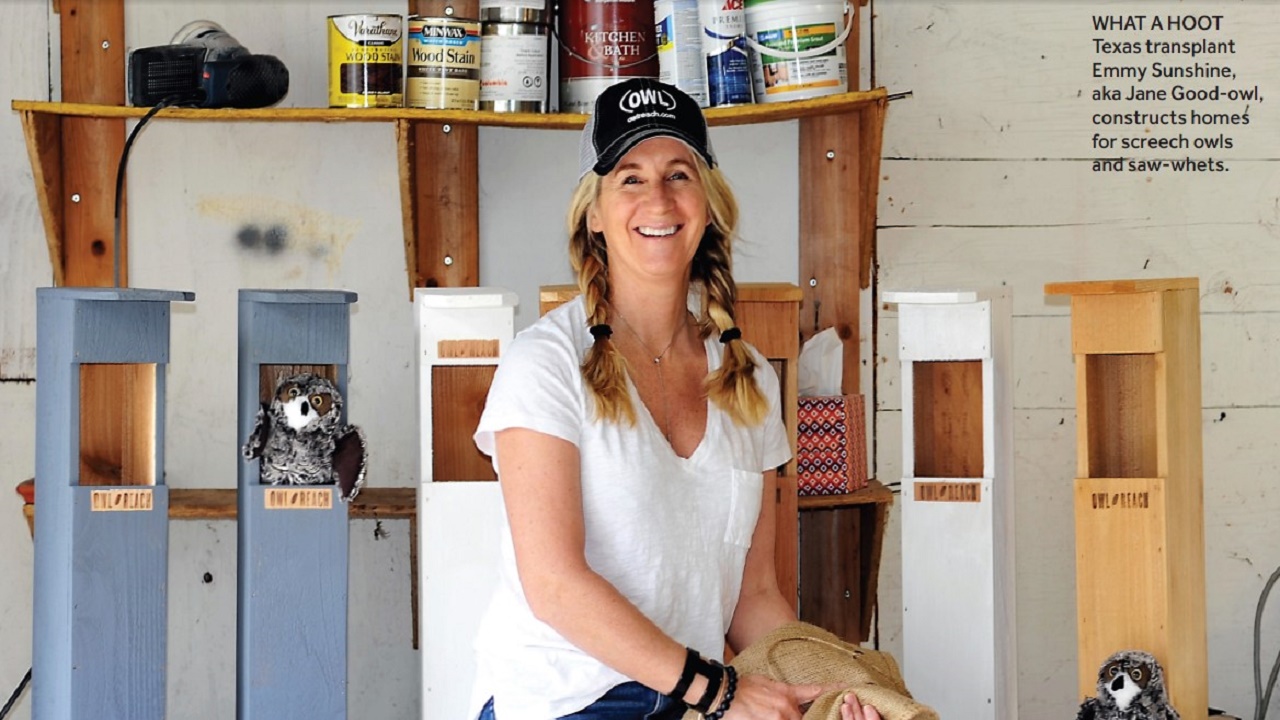 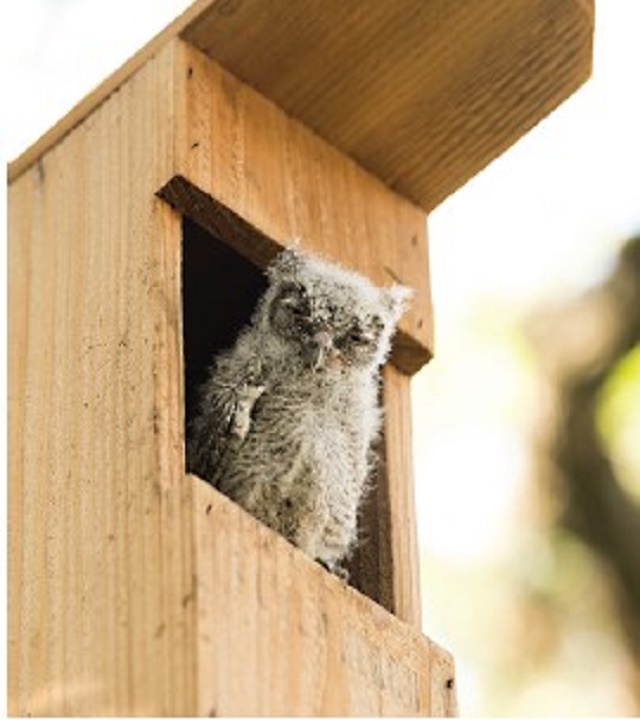