Don’t be afraid to use your seam ripper.

Dawn Janow took to heart that advice from her grandmother and zealously wields the razor-sharp, pointy-edged tool as she creates costumes for theater productions around Bainbridge Island.

For those who have nervously stitched up a child’s Halloween costume, what Janow and other designers do is humbling. They might outfit a dozen or more cast members-young and old, short and tall-for a single show. But it’s not just a matter of clothing everyone on stage.

Good costumes help evoke a time, a place, a mood.

“Costumes are the sprinkles on the cake,” said Janow, whose work includes costumes for Ovation! Performing Arts’ “Masquerade” last December, inD Theatre’s “The Last Five Years” in January and children’s summer shows at Bainbridge Performing Arts. “They can enhance a production, support the story,” she said. “If they are playful or surprising, they can provide some interest or joy” for the audience.

That applies for actors, too, said Matty McCaslin, who costume-designed BPA’s “Mamma Mia!” in May and has assisted on costumes for some Ovation shows. “From the time we get the costume racks set up in the green room, the costumes dictate a bit of the character and energy of the actors.” Deirdre Hadlock, production manager at BPA, agrees. “When an actor is inspired by a costume, the character becomes more real,” she said.

One of Janow’s favorite costumes was for the witch in a teen production, “Into the Woods Jr.” at BPA. “The witch in this show needs to transform from haggard to beautiful,” she said. “I used a half-mask, so in profile she appeared disfigured and very misshapen.”

Initially, Janow made the witch’s cloak dark, but the director also wanted “elements of glamour and richness.” So she added a velvet purple lining, alerting the audience that there’s more to the witch than first meets the eye. “For this costume, we worked with blacks, purples, leather and satin to show two visual sides of a very complex character.”

Ideally, a costumer meets early on with each actor to take measurements, discuss how the actor sees his or her character, and note things such as fabric allergies, body parts that an actor is shy about, or tattoos and piercings that might affect costume choices, said McCaslin, who has acted in productions on Bainbridge and elsewhere and knows that the little things matter.

Costume designers also work with producers, directors, scenic designers, props managers, tech crews, and sometimes music directors and choreographers to create a world where the audience can immerse itself. But even low-key costumes are designed to suggest something very specific, McCaslin noted.

For Janow, the creative aspect is a huge draw, but so is problem-solving. “The creative piece of this job is five percent (of the effort); organization is ninety-five percent.” For example, she maintains a spreadsheet detailing all costumes and the amount of time available for changes to help ensure the show runs smoothly.

McCaslin works with the director and actors to address problems, such as layering costumes or installing extra-strong zippers to facilitate fast changes just off stage.

Costuming is a juggling act, Hadlock said. Besides creating costumes, the designer attends production meetings and sends out progress reports to team members. A good costumer brings “energy, collaboration, a strong sense of vision” to the process, she said.

Hadlock estimated she has worked with 20 or so costume designers in 16 years at BPA. She weighs several factors when choosing a costumer. “I look at the artistic needs of a show, the size of the cast, whether it’s a period or modern piece, the style of the show, whether there are children and adults in the cast.”

Given the budget limitations of a community theater, costumers often take apart garments from previous shows and rebuild them, a process of “alterations, additions and subtractions,” Janow said. Or it can mean shopping thrift stores for bargain fabrics and clothing that can be repurposed, McCaslin said. Janow also draws from her own inventory of costumes, shoes, fabrics and accessories.

And McCaslin and Janow create some costumes from scratch. For BPA’s 2016 production of “The Little Mermaid,” Janow estimates that she made 90 percent of the wardrobe.

McCaslin, who is BPA’s front of house/box office manager, credits his mother with teaching him how to use patterns confidently. “I can eyeball a pattern and augment it.”

A priority for Janow: worry-free garments for actors. “No slipping, no malfunctions. Everyone needs to feel safe and comfortable.” She relishes that moment when an actor puts on a costume for the first time. “There’s something magical about it. Even for the grown-ups, it’s exciting.” 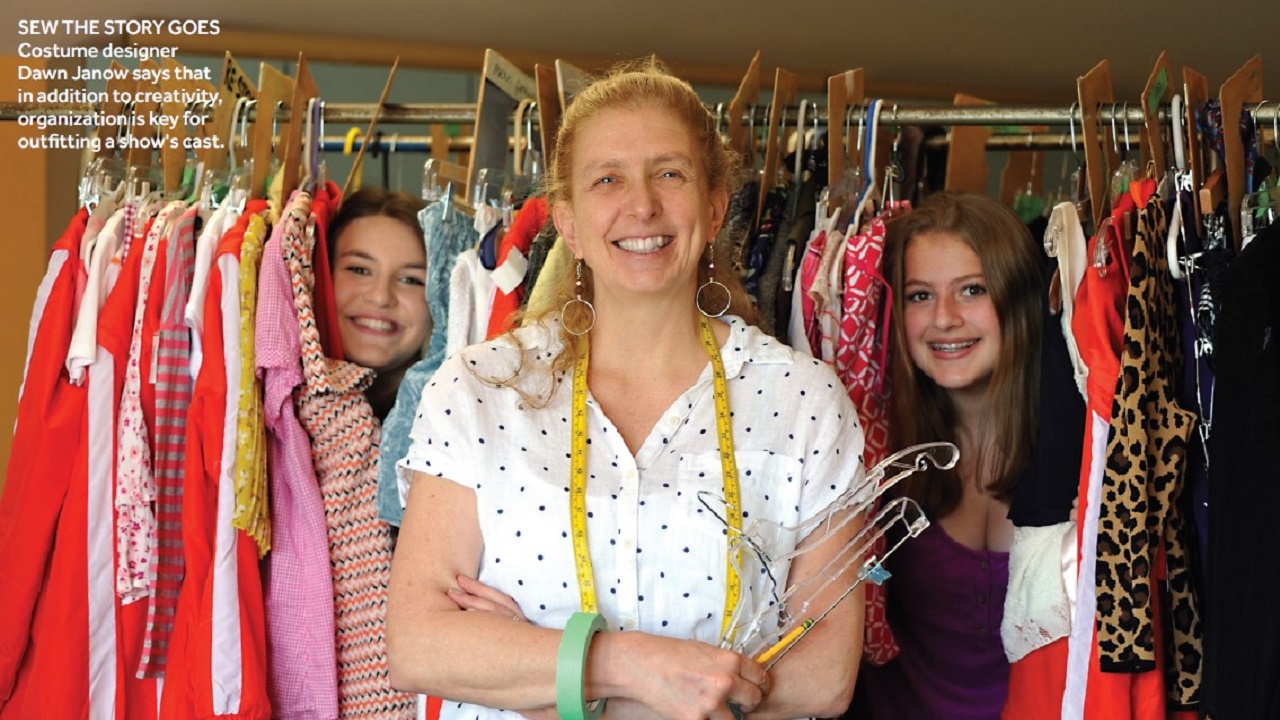 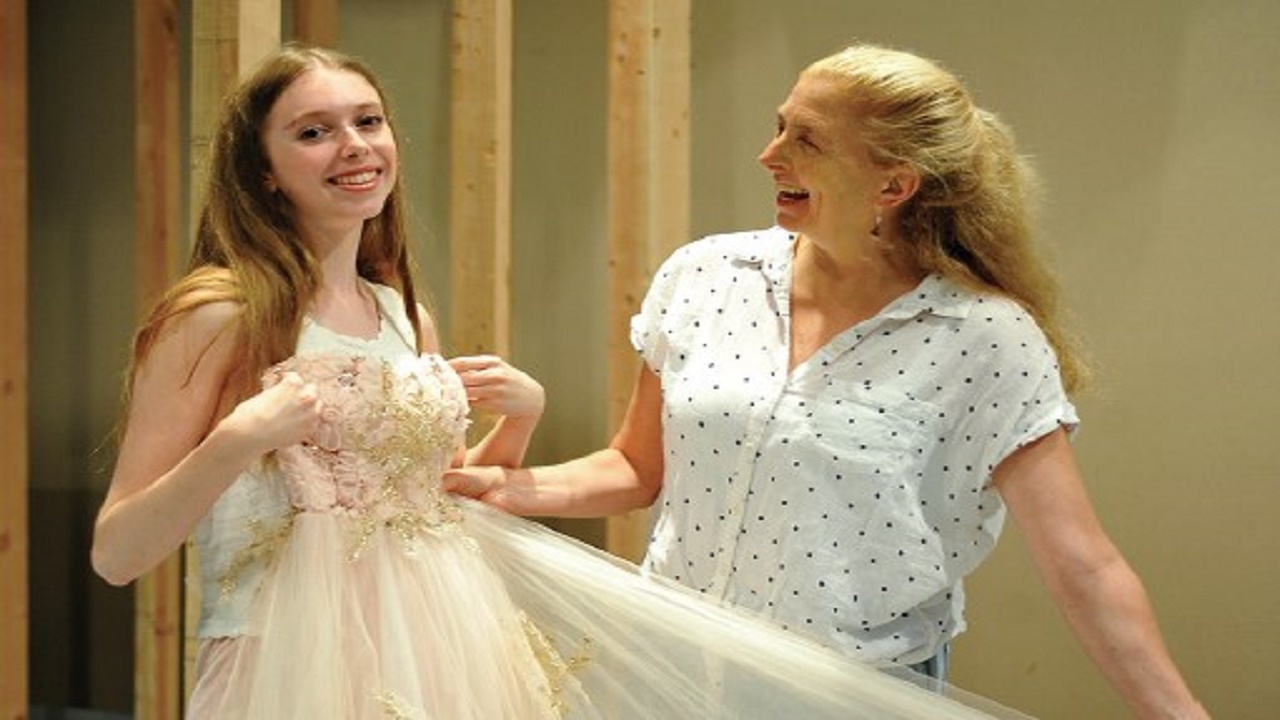