What’s in the Water? // Seniors Who Keep On Keepin’ On

The Fountain of Youth has captured the human imagination for centuries, its magical waters promising to cure illness and reverse the aging process. Mythical, veiled and elusive, the stories live on. But, what if it did exist? What if the Pacific Northwest waters that surround Bainbridge actually have restorative properties? What if there were a secret to keep on keepin’ on? Inspired by an island chock-full of vibrant and involved seniors who seemingly defy Father Time at every turn, we set out to meet some of these remarkable folks and hopefully in the process, soak up some of their well-earned wisdom on aging.

“I’ve always been active,” said Patricia Corlett, who turned 92 in September. What’s her secret? She learned how to play tennis at the age of 5 and for the next 84 years played weekly matches as part of her regular routine. While her time on the court ended at 89, her commitment to exercising did not. “It’s important to keep moving, eat properly and stay away from sugar.” Jim Randall, who is in his 80s, also maintains a long-term and regular exercise routine. “Over 30 years ago, I gave up smoking and booze and joined the gym,” said Randall, who visits a fitness center three to four times a week. “It has helped me to get where I am.”

In 1997, Bill Hemp won two medals for swimming in the New Mexico Senior Olympics. Almost 20 years later, he swims laps three times a week at the Bainbridge Island Aquatics Center. “I quit smoking in 1970,” said Hemp, “I eat moderately, exercise, get a good night’s sleep and draw every day.” Hemp’s artistic side has played a significant role throughout his life, including as a creative director in the ad world, an author and a world traveler. Today, Bainbridge Islanders commission Hemp to draw pen-and-ink portraits of their homes and he is often seen outside with his sketchpad drawing island landmarks.

Hemp has participated in Bainbridge Arts & Crafts exhibitions and he received an honorable mention in this year’s Paint Out Winslow—A Plein Air Weekend. His latest project is a Bainbridge Island A-to-Z sketchbook. “I’m grateful to my parents for giving me the gift of creativity,” Hemp said. “For older people, doing something creative or even playing chess will benefit you.” Malcolm and Jeannine Levinthal, both well into their golden years, aren’t playing tennis, swimming laps or drawing, but like Hemp they are engaging their creative side, as well as their entrepreneurial spirit. They’ve opened a new home goods store, Whimsy. Located in the Island Village Shopping Center, it offers a mix of unique vintage items, like antique birdhouses, bottles and powder boxes, and high-quality items such as gourmet cookware, decorative pillows and handmade cards.

After many years in the retail business, Jeannine and Malcolm find owning and running a shop is more than a natural fit. “Jeannine’s got a good eye,” Malcolm said, and the tastes of the store reflect her style. “I’ve got a lot of creative stuff going on in my life,” Jeannine said. The pair spent two months preparing the store for its opening and now, six days a week, they’ll be on-site greeting customers and picking out timeless pieces. “The store keeps us alive and vital,” said Malcolm. “It’s like the saying, ‘A rolling stone gathers no moss.’” Though the salty air, clean living and supportive community can’t hurt one’s chances at vibrant longevity, perhaps the real Fountain of Youth is found in the attitude after all. Whatever their secret, these seniors are among the lucky for whom age truly is just a number. 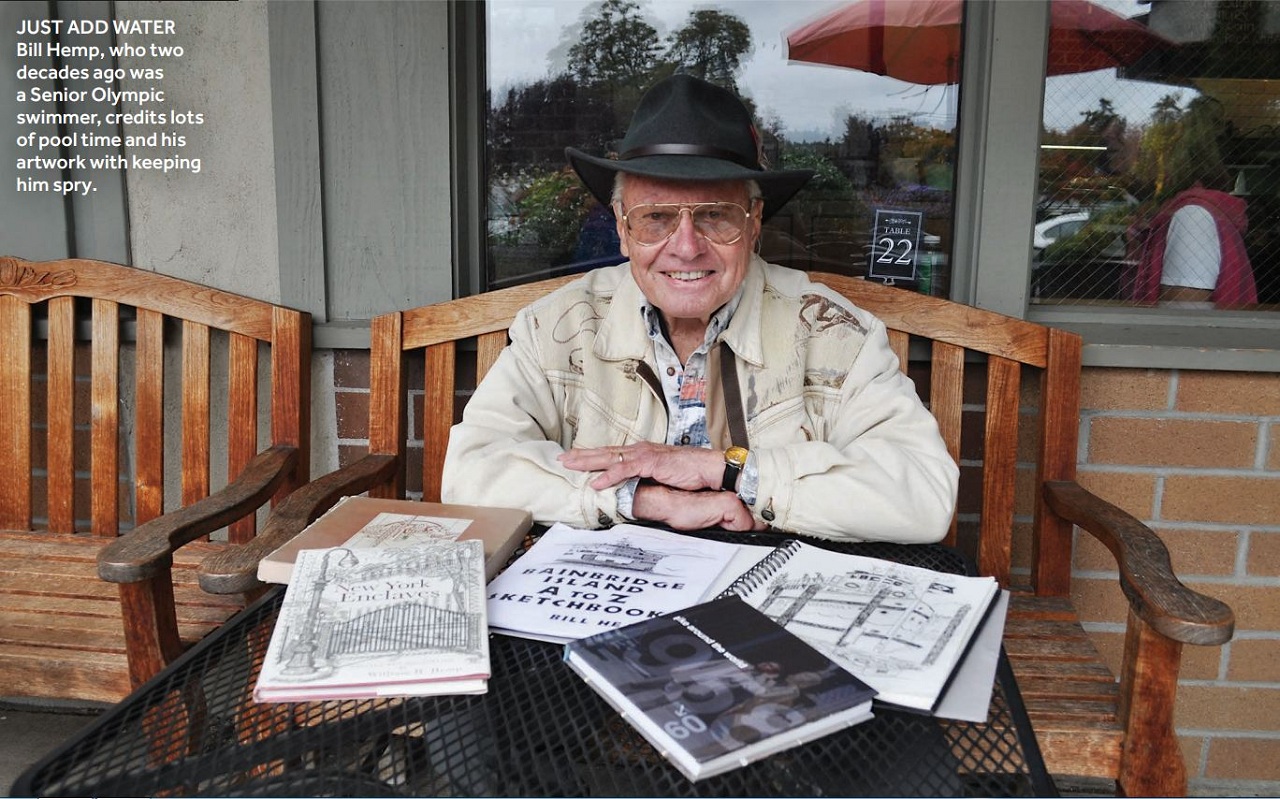