Abraham Neuwelt carries a Body Glove bag strapped to his back like an enormous turtle shell. The bag holds his handpan, a percussion instrument played with the hands and fingers. “I take it with me wherever I go,” he said. “It’s the only drum I’ve ever had that I can carry on my back.” Using the instrument’s eight notes, Neuwelt creates a melancholy yet upbeat sound, a hybrid of new age electronic and traditional Caribbean. He was smitten from the first note. A newcomer to the music world, the handpan closely resembles a hang, which was created in Switzerland, but its haunting sound is reminiscent of Trinidad’s steel drums. According to Neuwelt, the handpan is gaining a following, but due to its quirky shape it’s often called a flying saucer, a wok or a hubcap. And you can’t just pick one up at the local music shop; most handpans are hand built. Neuwelt waited a year for his first handpan.

Neuwelt’s musical career was launched at the age of 10, when he started playing the drums in church; he hasn’t had any formal training and he doesn’t read music, but he comes from a musical family. Growing up, he wanted to play professional basketball, but music has become his full-time passion. Neuwelt attracts attention wherever he goes: practicing on the ferry, playing at Sea-Tac (as part of VioPan, his duo with violinist Shion Yamakawa), busking at Pike Place Market and volunteering at Swedish Hospital. Describing his volunteer work and the healing qualities of handpan music, Neuwelt said, “That’s the best gig I could have.”

Ian Coletti also talks about the therapeutic qualities of his instrument of choice—the Scottish bagpipes. “It’s meant to be a moving instrument,” he said. For centuries bagpipes were used at funerals, weddings and to lead troops into battle. The sound not only carries, it penetrates your chest cavity, Coletti said. He started playing the bagpipes at the age of 12. His mother is Scottish and his parents regularly volunteered at the Scottish Festival in Atlanta when he was a kid. He wanted to play the drums, but “the drums were too loud, so they let me play the bagpipes,” he said.

Although the pipes seem like an odd choice for a preteen and are arguably one of the hardest instruments to play, they were perfect for Coletti. He’s a self-admitted “big guy,” and it takes strength to hold his Scottish Highland Pipes, a vintage set from 1922. He estimates that the pipes weigh between 12 and 15 pounds. “You carry that [weight] on your shoulder,” he said. “You have to do five things at one time, really well.” Coletti is a Grade 1 piper, the highest ranking. He’s competed nine times in the World Pipe Band Championships, the Super Bowl of piping, in Glasgow. “It’s intense,” he said, “in a good way.”

As part of the Atlanta Pipe Band, he played for the Dalai Lama and Mikhail Gorbachev. One of his favorite musical moments involved the Field Marshal Montgomery Pipe Band. “There are some legends that play with that band,” he said. “It was like playing with the Rolling Stones.” Coletti thinks the bagpipes are becoming popular, “but it’s never going to be like rock ’n roll.” These days, Coletti spends more time being Dad than he does practicing, competing and teaching, but the bagpipes are his lifelong passion.

“I’ll be [playing the pipes] until the day I die. It’s my retirement job,” he said. “There’s nothing like it.” According to veteran musician Janet See, there’s nothing like a baroque flute when you play baroque music. A baroque flute is an original from that period or a replica. “I fell in love with [the sound],” she said. See is a passionate advocate for the use of baroque instruments and one of the pioneers in the United States. She was the first student at Oberlin Conservatory to play a baroque flute during a senior recital.

See believes the baroque flute’s popularity, like that of the handpan and bagpipes, is increasing. Baroque music is ornate—think Bach, Handel, Vivaldi—but the baroque flute is decidedly not. See’s baroque flute looks simple, but the tone is nuanced and rich. When she plays, See’s eyebrows lift in time with her breath. A professional musician for 40 years, See is passionate about her craft. “If I don’t practice, I start feeling funny. It’s a slow, controlled exhalation. It’s centering,” she said. See’s newest baroque flute is being crafted out of wood that her father cured for years in his workshop. “Some day I’ll play a concert with this flute. I’m just sorry [my father] is not still alive to hear it.” 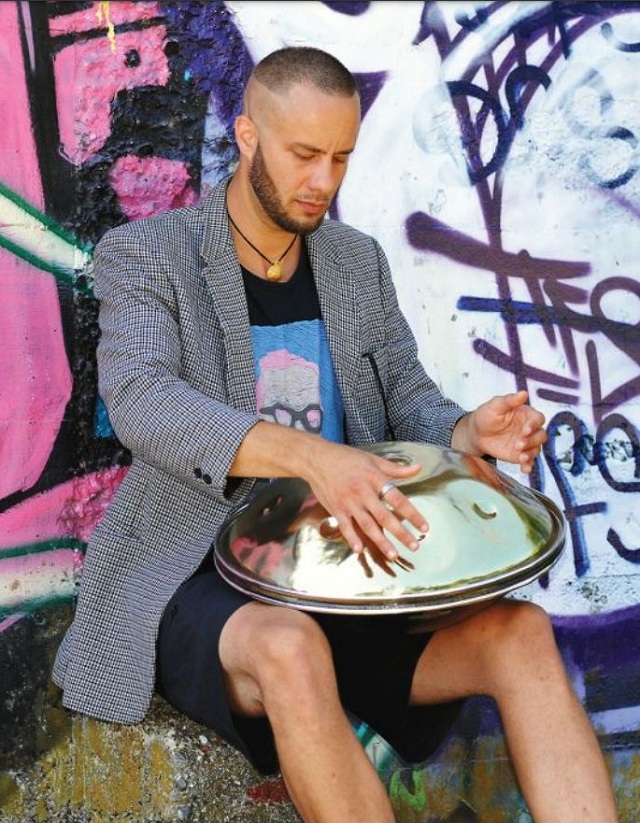 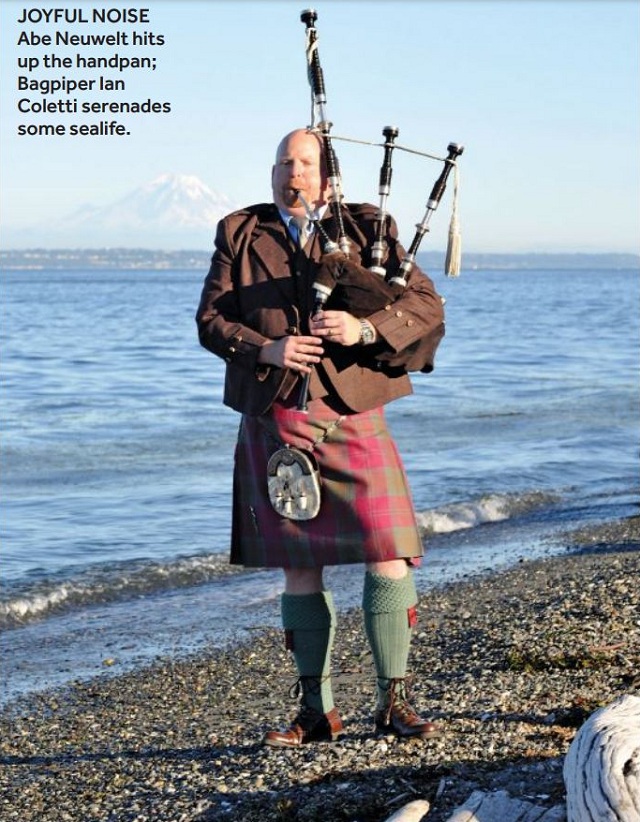 A Symphony of Fun // The Strings Are the Things