TJ Faddis wasn’t always an aficionado of film. But for most of the last 25 years, she was the reason you could see movies on Bainbridge. That’s because she ran the projector at the island’s beloved Lynwood Theatre and was responsible for the movie selection and the film notes audiences enjoyed before each showing. These days, she’s taken her act over to the Bainbridge Island Museum of Art, where she programs their repertory film series.

How did you become such a movie buff?

Before the late ’70s, I had probably seen only three movies in a theater. Most of my movie watching was done on television. In 1979, a local woman named Joyce Depue started renting out the Lynwood on Wednesday and Thursday nights to show foreign films. I saw movies like “La Cage Aux Folles,” “Swept Away” and “Satyricon”—it was like trying tutti frutti or pistachio after having vanilla ice cream all your life. I began seeking out more flavorful movies.

“Return of the Secaucus Seven” really rocked my world because the actors weren’t movie stars. I felt like I could have lived in the same movie with these people. They were dealing with my issues at the time; it was a movie about discussions between friends.

Tell us about your mah jongg habit.

I saw the Ang Lee film “Lust, Caution” back in 2007. It was so powerful I almost couldn’t drive afterwards. I wanted someone else to see it so I took Ron [Carlson, co-manager at the Lynwood] and Dennis [James, the Lynwood’s organist]. The sex in “Lust, Caution” is pretty energetic. As we left the film nobody said anything until we got to the car. Then, Dennis looked over at me and said, “We ought to learn to play mah jongg,” which was prominently featured in the movie. I thought for a split second and said, “You can tell that we’re over 50—we just saw a movie like that and the first thing we say is, ‘We’ve got to learn mah jongg.’”

Did the projector ever make you sweat?

More than once! I remember we were showing “The Killing Fields,” and we got to the scene, near the end of the film, where a character has just stepped on an IED while carrying a young boy on his shoulders. Right then, the film slipped off the platter [the huge metal platform that holds hundreds of feet of film as it spools onto the projector]. There was a pile of film on the floor. I got it untangled with the help of two audience members.

We’re doing this interview the day the Oscar nominations came out. We’ll know by the time we publish if your predictions are correct. Let’s hear some.

always go with my heart. I’m a big fan of “Birdman,” it just exhilarated me. I think [Alejandro González] Iñárritu is amazing—I pick him for director. But “Boyhood” is also a strong contender.

You’ve got purple hair and a purple car. Which came first?

The car. Purple actually came first. I’ve always been enamored with that color. Not the movie, but the color. 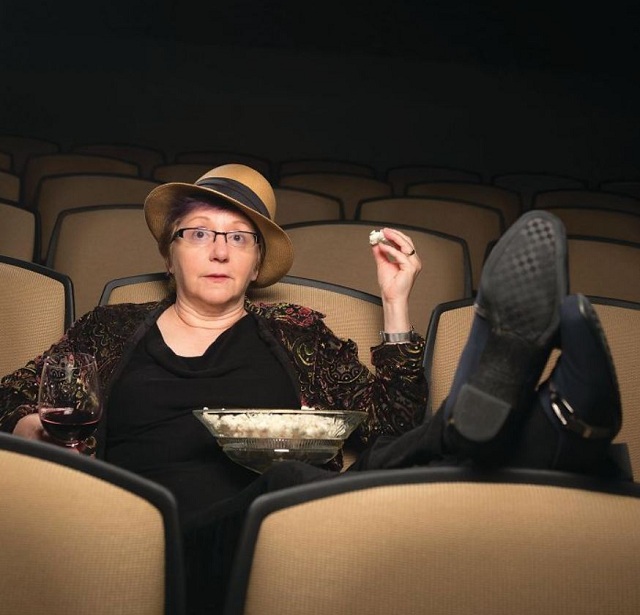 A Taste of Lynwood