George Shannon didn’t receive the Island Treasure award until 2012, but he has been a jewel in our community since arriving from Wisconsin in 1993. The prolific—and terrific—author of 40 titles that range from delightful picture books to a scholarly work on children’s author Arnold Lobel, George gets a huge kick out of writing for kids because, at 62 and over 6 feet, he’s the biggest kid you’ll ever meet.

They say “write what you know.” As the years go by, the further you are from knowing what it’s like to be a kid.

You put your first book proposal together at 16. When did you know you could write and wanted to pursue it?

In seventh grade I moved from a small town of 1,500 to a metropolis of 4,000. I was terrified. My language arts teacher assigned a Halloween story, and I wrote one about a bat who wanted to sleep at night so he could be awake during the day—he was a bat who didn’t fit in. The teacher asked me to read it in front of the class. Even though I was scared, I did it, and then she asked me to read it to the eighth grade, too. I got positive responses, and it felt good. So I wanted to do more of it.

I met an editor at a conference and she rejected the first few things I sent her. Then—I remember it was a Monday— she called and said yes to [the book that became “Lizard’s Song”] but that they wanted a stronger ending. I was so excited. I had the new ending done in 90 minutes, but I waited a day and a half to call her because I wanted it to seem like it took longer.

You’ve been publishing books for decades. What’s different in the high-tech era?

Publishers want you to have an audience that’s ready and waiting to buy, or as they put it, “a platform”—like a blog or a website, or to have a prison record, or to have slept with Paris Hilton. It’s as important as whether or not the book’s any good.

You’ve recently gotten into improv. That’s the total opposite of writing, where you get to wait until you’ve perfected your creation before sharing it. Were you trying to scare yourself to death?

I always wanted to try it but just wasn’t brave enough. I used to chug Pepto-Bismol on the way to class.

Has it helped your writing?

My favorite exercise is called “Ding!” where your scene partner says something and you have to keep coming up with new responses until you are mentally exhausted. You find your mind goes to places you never thought it could. Now, when my writing is “stuck,” I try and use this concept to cut loose. 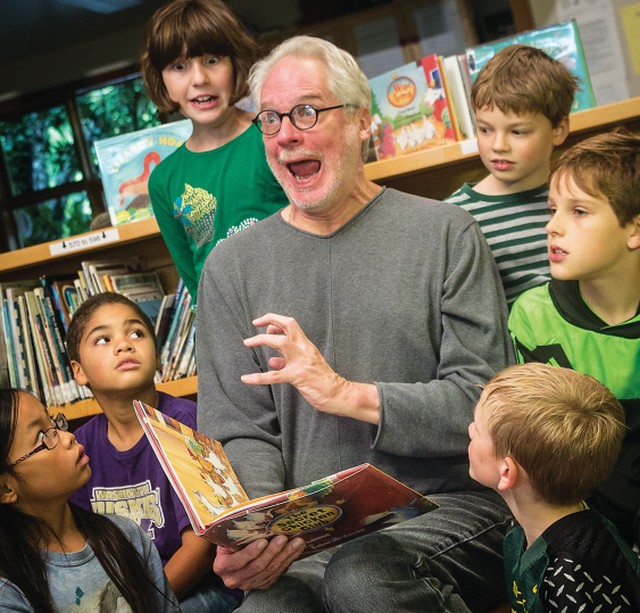