Many are pristine first editions. Some are signed by authors. Smith opens a first edition of “Roots” to reveal an inscription by Alex Haley, dated October 1976, when the tale of Kunta Kinte and his family’s journey from slavery was catching fire.

“Nine out of 10 people think because a book is old, it’s valuable,” said Smith, owner of Ed Smith Books on Bainbridge Island.

“That’s not necessarily true.” That’s where expertise comes into play. Smith started out as a collector more than 30 years ago. “You learn things; you always want to upgrade,” he said “And you have to buy and sell to do that.” These days, Smith collects both for his own enjoyment and to sell books to a devoted customer base.

His specialty is modern literature, which includes first editions, author-signed books, screenplays and advance copies, as well as some photographs and pop culture items. He also appraises books, photographs and sometimes other things. For instance, he was hired to appraise Hunter S. Thompson’s personal affects in 1997, a few years before the counter-culture writer’s death. “It was his archive, everything he wrote, all the clothes he wore,” Smith said. “He even saved all his typewriters.”

Smith is president of the Pacific Northwest chapter of the Antiquarian Booksellers’ Association of America. The chapter counts 23 members in Washington, Oregon, Idaho, Montana and Alaska.

“He really understands the marketplace for contemporary writers,” said Susan Benne, ABAA executive director, during a phone interview from her office in New York City. “He’s a very nice guy and so good for the (rare book) trade.”

Smith was on the national board when ABAA hired Benne is 2004. “He helped shape our public relations strategy as we moved toward selling more materials online,” she said.

Collectors track down favorite authors with online searches. Smith also hunts online for additions to his 1,700-book inventory. “EBay is a great source if you know what you’re looking for,” he said.

Benne said the internet has dramatically changed the rare book business in another way: Many people today read e-books, reducing the number of books printed. That, in turn, quickly propels some recent first editions, such as those from the Harry Potter series, into the rare category. “There are fewer copies available than even 10 or 15 years ago,” she noted, and the demand for recent rare books is greater than the supply.

Private collectors often feel a personal connection to a book or author they discovered in childhood, in high school or through a friend, Benne said, and that creates a deeper meaning for the books they seek.

Smith knows what his regular customers are after and keeps an eye out for those books. But he also helps buyers who are simply hunting a special book to mark an anniversary, birthday or other occasion. Beyond the internet, Smith occasionally discovers rare books in thrift stores and buys from individuals, too. He sometimes partners on deals with other booksellers. “I have a knack for buying,” he said, while someone else “has a knack for selling.”

He and his wife, Ellen Boughn, moved in 2000 to the serene Bainbridge Island house where they live and work; gardens and outdoor living areas beckon through the windows.

Boughn built a career in the licensing of photography and now works as an expert witness, helping courts determine the licensing value of images that were used without permission. If that sounds a bit stuffy, she’s not. When recounting how her path crossed Smith’s, her eyes light up.

“We met in a bookstore, which Ed had just started in Ojai, California,” she said. “I had walked down to peek in the window and saw this guy in there. I remember thinking, ‘I wonder if he’s married.’ That’s how it all started.”

That’s just further proof that books are the linchpin of Smith’s life. He’s now looking forward to being with other “book people” in October at the Seattle Antiquarian Book Fair, where he’s bought and sold for nearly 20 years. 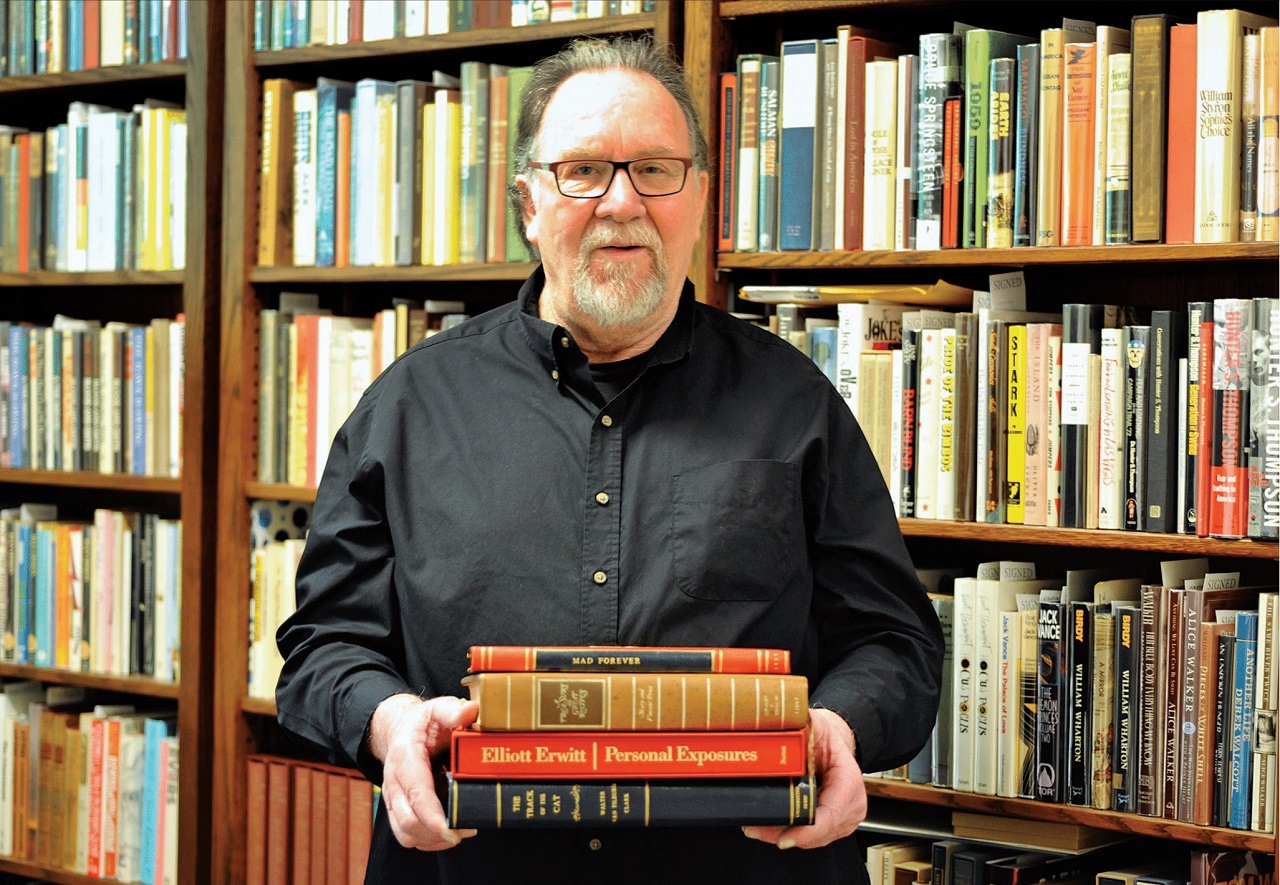