Yoga has become a main ingredient of the Bainbridge Island lifestyle. Practitioners regularly gather at private studios, gyms, the Grange and even at the fire station to stretch, bend, twist and breathe as a group. Unlike traditional cardiovascular workouts, yoga boasts benefits both physical and spiritual.

Trained as a physical therapist, yoga expert and Dayaalu Center owner Sue Steindorf realized that all of the benefits that adults experience from yoga could also help kids. Steindorf began teaching yoga to Bainbridge elementary school kids with special needs.

She found that they were exceptionally good at focusing on their breath and incredibly enthusiastic about becoming stronger, more flexible and being a part of a group doing something physical together. These kids weren’t always able to join mainstream sports teams. But they were stars in the yoga studio.

Steindorf now teaches integrated yoga classes to neurotypical and atypical kids together. She reports a rare and touching symbiosis between the kids, one in which atypical kids feel part of the mainstream and typical kids grow to appreciate the talents and the challenges that atypical kids have.

Steindorf now offers a wide array of youth yoga classes, including ones for teens navigating their tricky transition to adulthood, tweens befuddled by where they fit in, and elementary school kids with a propensity to be in perpetual motion.

In the past year, Jen Breen, Bainbridge Yoga House owner and mother of four, also helped popularize yoga for kids on Bainbridge. Her studio now offers a multitude of youth yoga classes, many of which are well attended by island sports teams seeking to help players be more flexible, focused and bonded as a group.

Sixth grader Espen Ruud started doing yoga at Breen’s studio in late 2013. Ruud, an avid soccer player, is an ebullient 11-year-old boy filled with boundless energy. And while this energy has many benefits, Ruud reported that it can sometimes be distracting. “Yoga helps you to be in control of yourself. So throughout the day you’re not doing stuff willy-nilly. You’re kinda thinking about what you’re doing more.”
When asked why yoga has experienced such a surge in popularity among kids, Breen cited role modeling among parents as well as celebrities. At home, kids see the colorful yoga mats and want to try them out. And it certainly helped inspire young football fans to consider yoga when Seahawks superstar Russell Wilson was shown in lotus pose in an ESPN photo.

But she also believes that kids and their parents are starting to recognize that stress from the busy lives kids lead can have potential detrimental effects. Yoga offers the opportunity for youth to turn inward, get in touch with where they may be feeling uncomfortable, and work on alleviating that discomfort of their own volition.

Steindorf points out that children who practice yoga are building a multidimensional personal infrastructure that can last a lifetime. In a world that is fast-paced and constantly changing, kids can call upon their yoga skills to be strong and resilient, to keep themselves calm in the face of the inevitable challenges life brings, and to connect with others to form friendships and community. 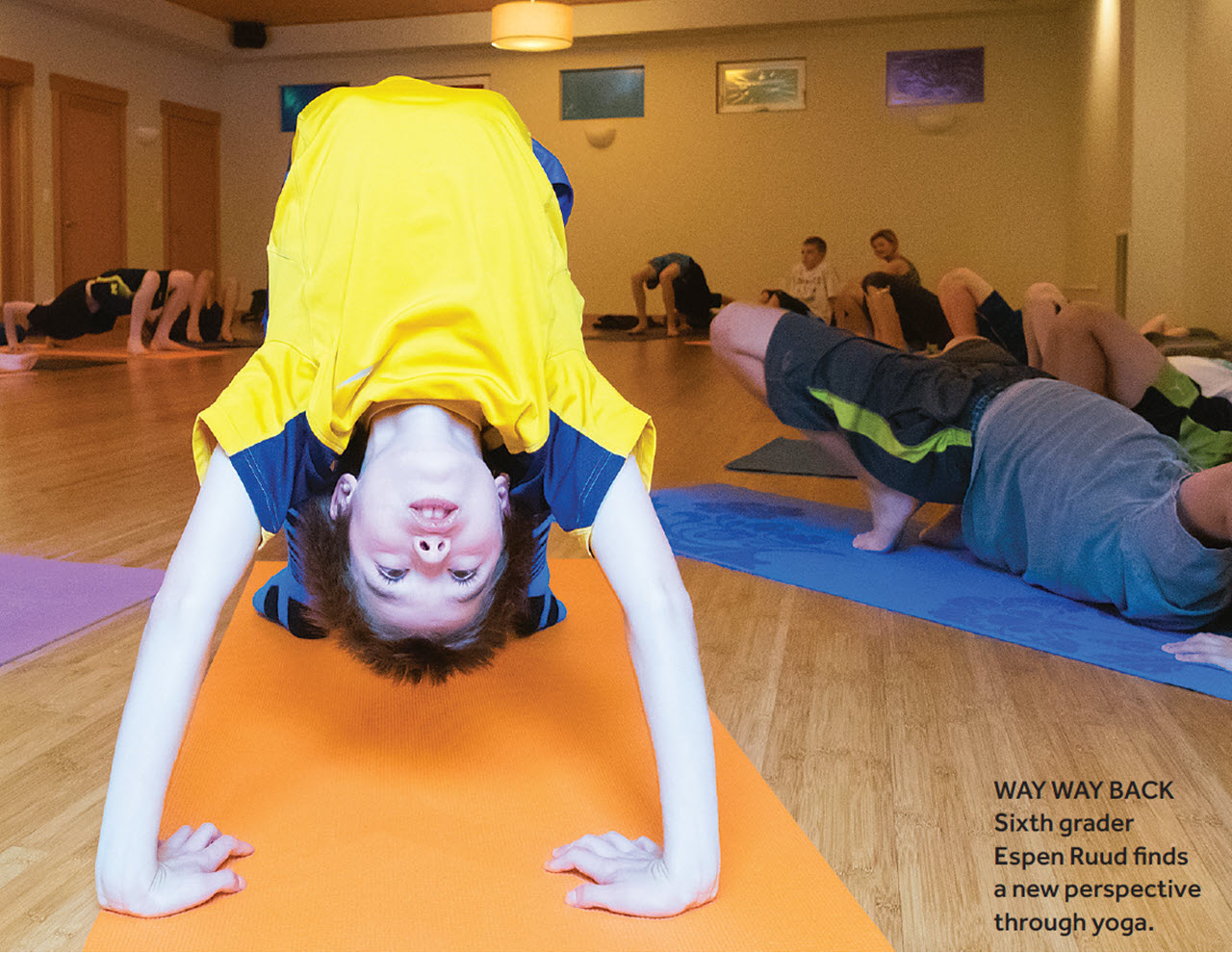