Preteen girls come with their own paradoxical stigma—at once giggly and sullen, emptyheaded and complicated, boy crazy and painfully shy. Even though their defining characteristics may be hard to pin down, a “tween” girl’s attitude toward physical activity is easy to discern. Levels of physical activity decline during adolescence, particularly among girls—a factor that has contributed to a three-fold increase of adolescent obesity in the United States since 1987.

In a typical Bainbridge Island effort of caring combined with innovation, two local women-led volunteer groups have taken on the challenge of giving young people an attainable grasp on wellness and fitness. The goal: provide support and inspiration to set young people on the path to a healthy relationship with their bodies. Go Run! was founded in 2006 by local runners Anne Howard Lindquist and Heidi Washenberger as a tool to help build self-esteem in young girls.

The nonprofit’s goal is simple in its vision, yet broad in its effects—enhance the lives of girls physically, emotionally and socially via running activities. The girls are given a team experience, as well as leadership opportunities, in an effort to build a sense of belonging that is often elusive in adolescence. The program conducts a fall and spring series for fifthand sixth-grade girls.

The practices are held at Sakai Intermediate School, but the program attracts participants from the Odyssey Program, Hyla Middle School and the Mosaic Homeschool Support Program as well. Lisa Timmins, a Go Run! board member and former coach, notes that the requirements for getting involved in Go Run! are minimal, making it easier to participate in than several other local teen sports.

On an island where costlier sports like lacrosse and equestrianism are popular, the simple requirement of running shoes is a relief to both parents and kids. And the coaches are committed to helping the girls get what they need, whether shoes or an athletic bra. Another benefit? Team running provides both a group and individual component.

Go Run! alumnae often move on to the Bainbridge High School cross country team or return as influential peer mentors for the girls on the team, offering evidence that exposure to the sport at a critical age helps place teens on a path to wellness and health. Timmins also notes the unintended benefits of the program that coaches and directors have seen.

“They find their niche, whether they’re good at sprints or at distance. We try to help them feel good with who they are, as they are. And, life is about cliques at that age; they start the program in their own little pods, but we force them to mingle. We group them randomly, not with their friends. By the end, they often spend time together outside of Go Run!”

A second program dedicated to the health and wellness of young people started a couple of years ago when Bainbridge High School teacher Katie Zonoff approached her friend Jen Breen, owner of Bainbridge Yoga House, about getting yoga into the school as part of the physical education program. When that proved too difficult, they created an after-school yoga club.

They put out notices and were floored when 40 teens showed up on the first day. After two years, the group has a solid core of 20 to 25 kids who participate. According to Breen, both boys and girls from different social circles attend regularly, “because they feel good being there.” Breen, a yoga teacher for 18 years, notes that the class isn’t just about achieving poses, but rather about teaching the teens to be conscious of their own bodies, using breath and control to give themselves tools to overcome obstacles they might face outside of yoga club.

“These kids are so busy, with so many pressures and activities. Seeing them in a resting pose or meditating—that’s my favorite part. We’re giving them stillness. They’re not competing; they’re not stressing or comparing themselves to others while they’re here. We’re giving them an alternative to other negative influences.” 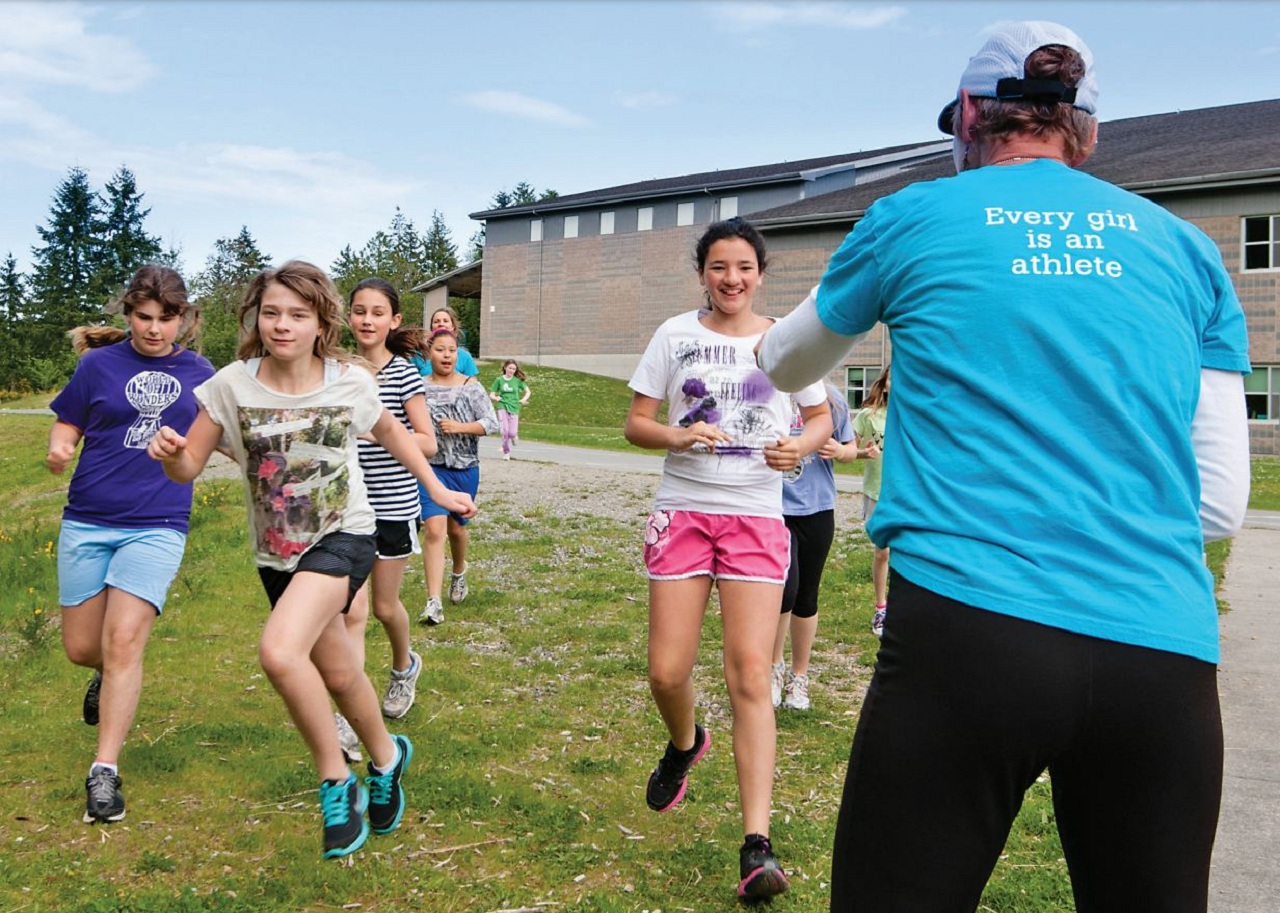