Believe It or not, until the 1970s, the Bainbridge Island Fire Department was composed exclusively of volunteers. Founded in 1942 by island residents with a commitment to community safety, BIFD is now a robust institution with 60 plus members, over half of whom are volunteers. Volunteer Assistant Chief Gary Nolta has served—uncompensated—in the department for 51 years. Until about a year ago, he was still responding to 911 calls. Volunteers at BIFD seem to fall into one of three categories: 1) people who just want to volunteer, most of whom have full-time careers outside of the fire department, 2) people who are interested in learning more about what it takes to be a firefighter and are dabbling with pursuing it as a career, and 3) people who know they want to be a paid firefighter and are getting a foot in the door by volunteering.

Volunteer firefighters go through the same rigorous training as paid firefighters do. BIFD sends its recruits, paid and unpaid, to the fire training academy in North Bend, which is considered to be one of the best programs available. Consisting of 12 weekend training sessions, the program ends with classroom and practical exams. BIFD sent seven volunteers through the program in spring and summer this year at a cost of over $2,000 each, an investment that they know pays off for the community the department serves. Jay Rosenberg, who is both a volunteer firefighter and the coordinator of the volunteer program, joined BIFD to serve the community.

Rosenberg, whom we should actually refer to as Dr. Rosenberg, holds a Ph.D. in chemistry and was instrumental in developing a highly effective cancer drug. But 14 years ago he decided he wanted to spend his days as a volunteer firefighter. Rosenberg said, “I’ve been hooked ever since.” He remembers passionately wanting to be a firefighter as a little kid. And now, he gets to fulfill that dream. His family has been supportive of this work. His kids know to quiet down when his radio sounds. And they and his wife understand when Rosenberg has to leave without notice to help with an emergency, which even happened once during Christmas dinner.

BIFD volunteer Scott Lever has been in the real estate business for 11 years. But his first career was in the military, part of which was spent as a logistics commander for the U.S. Navy’s Blue Angels. It was in this capacity, as part of a tight-knit group with enormous responsibility, that he realized his true calling is in a team based, impact-oriented job. When friends who were in BIFD encouraged him to volunteer three years ago, thinking it might help him fulfill that same feeling he got as part of the Blue Angels, Lever signed up. It wasn’t long before he realized that it was the right professional landing spot for him.

“It’s about being around a group that’s very self-motivated, that have a common goal of helping other people,” Lever said. He subsequently put himself on that volunteer-to-career path. Randall Giras first started thinking about a career as a firefighter when he became an emergency medical technician on Orcas Island. Giras sought this training to repay a community that had been very kind and generous to him. But after recognizing how much fulfillment he got from this work, he started looking for volunteer programs that would train him to become a career firefighter.

BIFD’s program was particularly appealing to him “because there is cohesion between the professionals and volunteers. When we’re on shift, we live together, we train together and we eat together. It really embodies the connection that a lot of us are looking for.” Juggling family, his job at the Treehouse Café, and volunteering for BIFD is no easy feat for Giras. But he says that it is totally worth it. Although no longer staffed only by volunteers, the BIFD still relies on a large number of unpaid firefighters. Fortunately for us, there is a long list of people who want to serve. Those who make the cut invest enormous time and energy preparing for and responding to emergencies. Whether they do it for the camaraderie, for the community service, as a career building block or for other heroic intentions, these individuals deserve the gratitude of the community they serve. 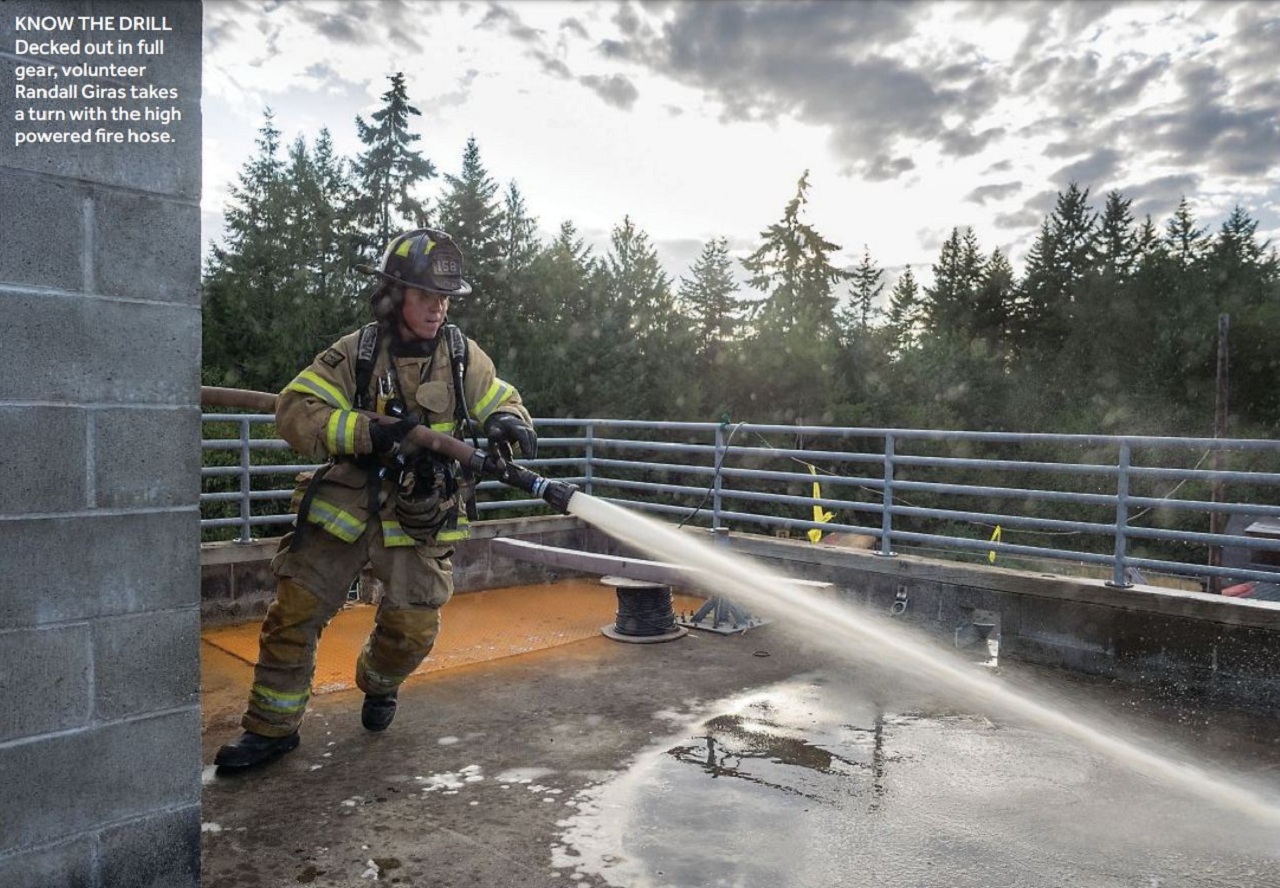 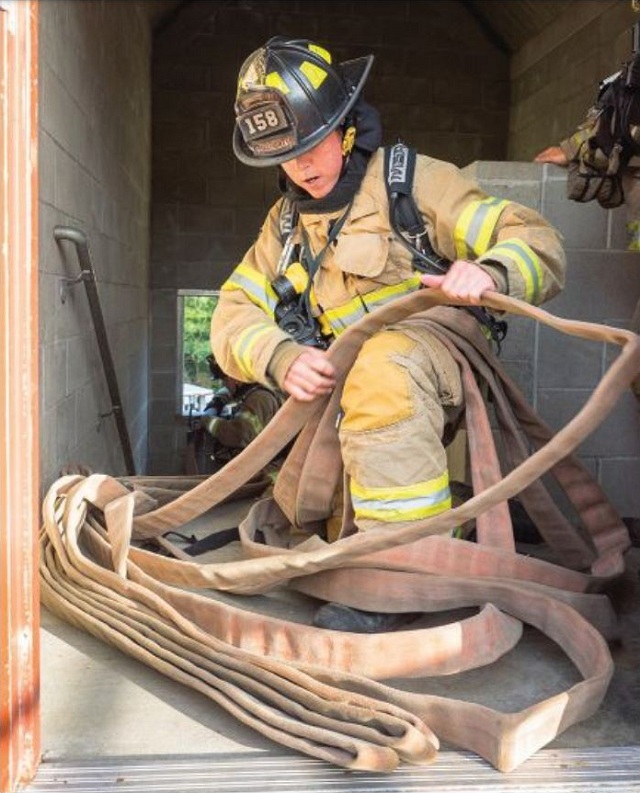