Carol Mezen had no plans in 2003 to become a Bainbridge Island firefighter and the department’s first female paramedic. At the time, she was the part-time business administrator for the fire department. But in 2007, her colleagues invited her to a course called Burn to Learn and the seed for this unexpected career change was planted. Having just finished a master’s degree in public administration, working and raising three kids, Carol went to EMT school, attended the fire academy and became a volunteer firefighter. In 2009, she was hired as a paid firefighter, and six years later, she became a paramedic.

Do you remember the first significant fire you went to?

My first fire was in Suquamish. I ended up being the pump operator for a pretty decent sized fire. I remember driving off the island during 4:30 back-up traffic and I had one of the chiefs behind me. I was so nervous because I had just been signed off on [driving] the engine. We went to be an attack team. The firefighters already on the scene asked us how big our pump was on our engine. They were having some trouble with theirs. So they said, “Can you send your pump operator back?” I had to move my engine in and change all the water to go through our engine. It went well. And it was a good confidence booster for me during probation.

Firefighters are required to have EMT certification. Why did you decide to also become a paramedic, which requires significantly more training?

I would say that the decision was made two weeks into EMT school. I loved everything that I was learning. Some paramedics had come in to talk to us and teach us and I was absolutely hooked. I knew then if I ever had the opportunity that was the route that I wanted to go.

I have a lot of siblings. I have four brothers. I was a motorcycle-riding, tree-climbing, soccer-playing, football-playing girl. I did not relate to my sister, who wore make-up and dressed up. I related to the boys. So, being in a firehouse with a bunch of guys is not uncomfortable. It’s just like having a bunch of brothers. I’m pretty used to it.

What would you tell a girl who thinks she wants to be a firefighter some day?

I would tell her to stay physically strong and that will help her stay mentally strong. She needs to find a mentor in the fire department and follow their direction to do what it takes to get in. And don’t give up.

What do you do outside of work?

I definitely love being at the gym—Crossfit. I love doing anything active outdoors. I don’t sit still very well.

What makes working in the BIFD unique?

The uniqueness comes from having a community that supports the department. And being able to see people on their worst day—they’re in pain, they’ve had some horrible thing happen in their life. And you do whatever you can to mitigate that. And then you run into them at the grocery store or at a sporting event; they recognize you, smile and thank you. You don’t get that in a big city. That’s the personal rewarding side of it. 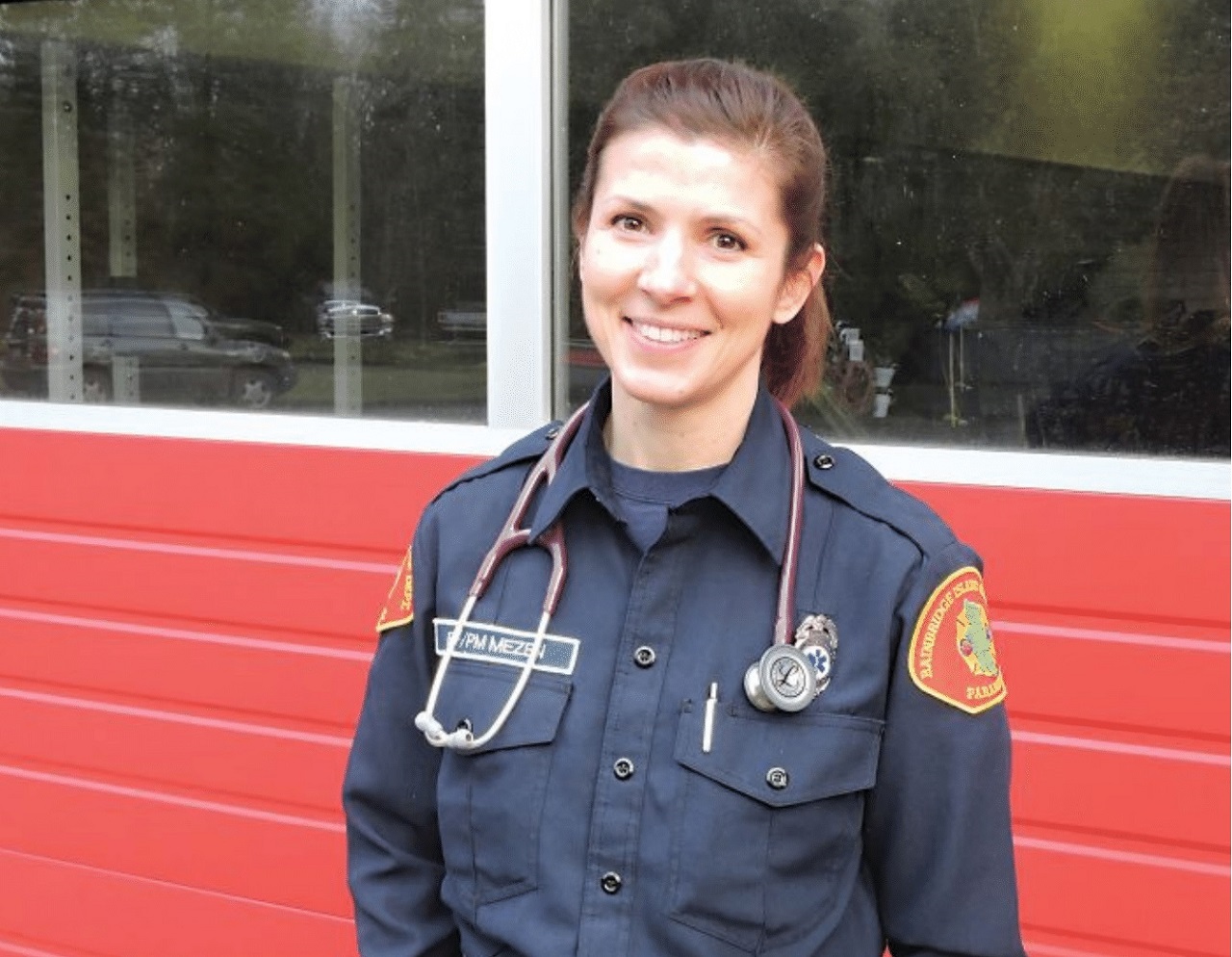