Halls Hill Labyrinth
Dedication June 29, 2014
Many believe labyrinths are useful for healing and meditation. In the Middle Ages, walking a cathedral labyrinth became a devotional activity used as a walking meditation to focus the mind.

Jeffrey Bale, a garden designer and stone artist from Portland, Oregon has created our 36-foot diameter labyrinth. The design is based on the 13th Century French Chartres Cathedral labyrinth. Counting the Central ring, the number of circles is 12, which ties the labyrinth to both the seasonal and lunar cycles. Jeffrey has incorporated the Native American medicine wheel into his mosaic pattern, through orientation and coloration of stones. His labyrinth uses color, symbols, patterns, and numerology in the design that was created from stones found on Bainbridge Island beaches. Jeffrey was very thoughtful about integrating the energy of the prayer wheel into his design. The 36-foot diameter corresponds to the number of times the Halls Hill prayer wheel’s four panels pass when turning the cylinder nine times, causing the bell inside to ring. While building the labyrinth, Jeffrey created flowers or symbols in the circuit each time he heard the bell ring.

Labyrinth Mosaic Details:
Incorporating 12 white stone moons in the outer 11th circuit made it possible to surround them with colors derived from a Native American lunar astrology found in a seasonal pattern called a Medicine Wheel. The turns connecting the different circuits are oriented to the cardinal points of east, south, west and north. The quadrants created by these turns represent the four seasons of spring, summer, autumn, and winter. Twelve shades of stone run through each circuit creating natural color wheel.

The 10th circuit is called the ‘Mala circuit’ and contains 108 stones, which are set like a necklace of Tibetan prayer beads. The circuit connects to the community prayer wheel.

The 9th circuit leading in towards the center is dedicated to the nine planets found in our solar system, and honors Plutoid, named after the God of the Underworld. A mosaic of the River Styx flows into a flower symbolizing the entrance of the Underworld.

The 8th circuit is dedicated to the planet Neptune, the God of waters and the sea. Starfish rather than flowers are the symbol used in this circuit.

The 7th circuit is dedicated to the planet Uranus, the Greek God of the sky. Simple stone swallows flying in a sun-wise direction are the symbol found in this circuit, and connect with a pair of swallows cast in bronze on the top of the prayer wheel.

The 6th circuit is dedicated to Saturn. Flowers which eight petals relate to the eight boulders surrounding the Labyrinth and represent the passage of time, which is associated with the Roman God Saturn.

The 5th circuit is the Jupiter circuit, and incorporates stone lightning bolts dedicated to the God of lightning and thunder, Jupiter in Roman mythology, and Zeus of ancient Greece.

The 4th circuit is dedicated to the red planet Mars, named for the God of War. In the labyrinth this circuit represents conflict with the goal of peaceful resolution. Simple trident spears are the symbol here.

The 3rd circuit is the community circuit, and represents our home planet, Earth. This was made using stones and objects donated by various people from the area. You will find beach glass, sea anemones, crystals, fossils, dice, and artifacts from ancient Minoan culture found on the Island of Crete where the first labyrinth was built in mythology.

The 2nd circuit dedicated to the planet Venus and the Goddess of Love. You will find many heart-shaped rocks incorporated here.

The 1st circuit, which turns around the center of the Labyrinth, is dedicated to the planet and the God Mercury, the Messenger.

The Center mosaic represents the Sun at the center of our solar system. It is a mix of all the colors in a radiating pattern, with an open hole in the center where offerings can be placed. This hole represents a 13th moon that occurs when there are two full moons in the same month, an event that happens every two to three years. There is no right or wrong way to walk the labyrinth. Some people come with questions and others come to slow down and take out time from a busy life. Labyrinths have been used for both group ritual and private meditations as well as for comfort in times of grief or loss.

It is suggested that the path of the labyrinth has three stages:

We hope you enjoy the opportunity to walk, unwind and connect back to yourself.

Halls Hill Community Prayer Wheel
Dedication in 2008
Artist Tom Jay, created the bronze prayer wheel at his own Lateral Line Bronze Casting Studio in Chimacum, WA. The prayer Wheel contains a 300-pound bell that will ring after turning the wheel nine times. Information about its significance is on the bronze plaque below the wheel. 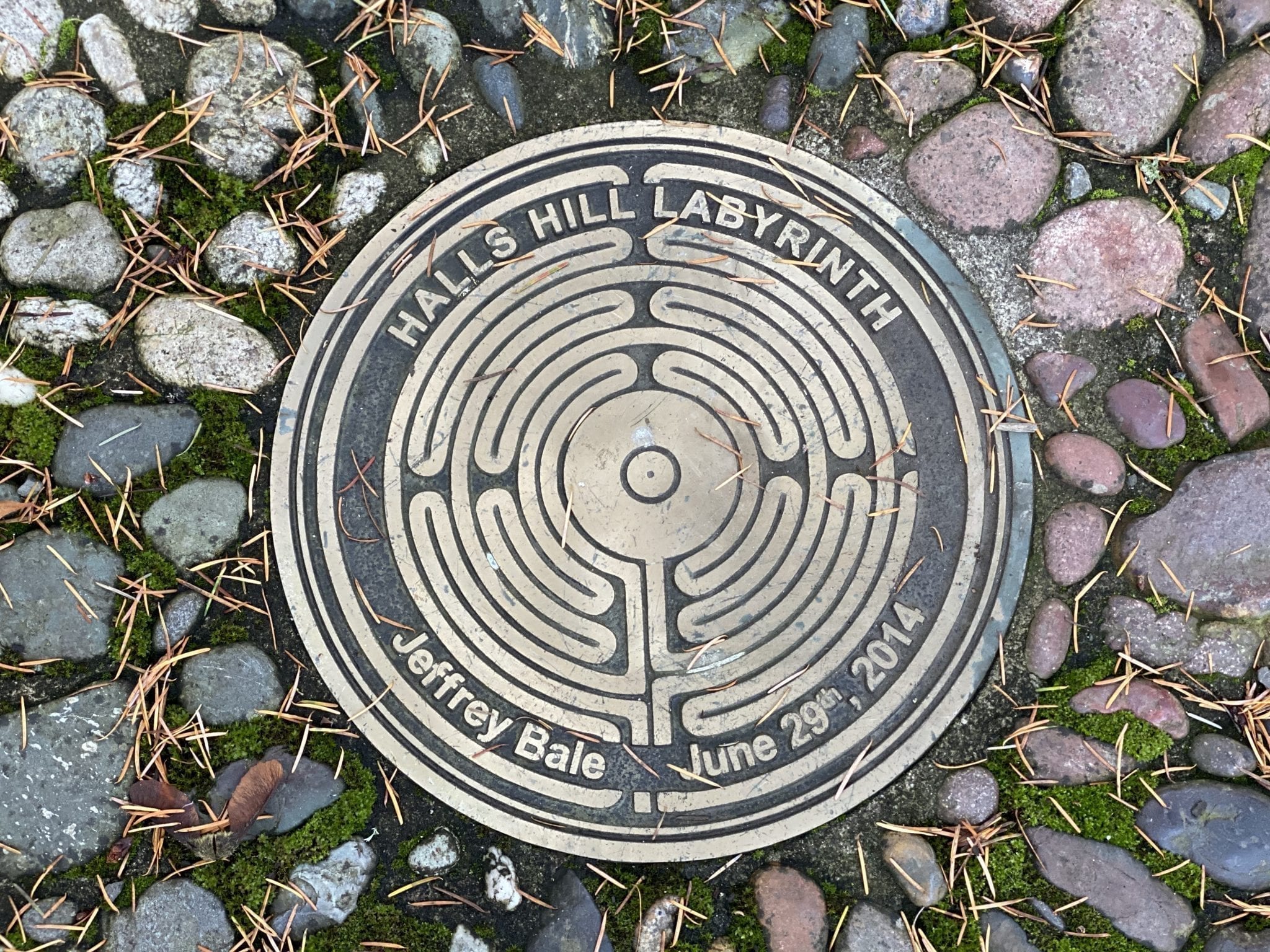 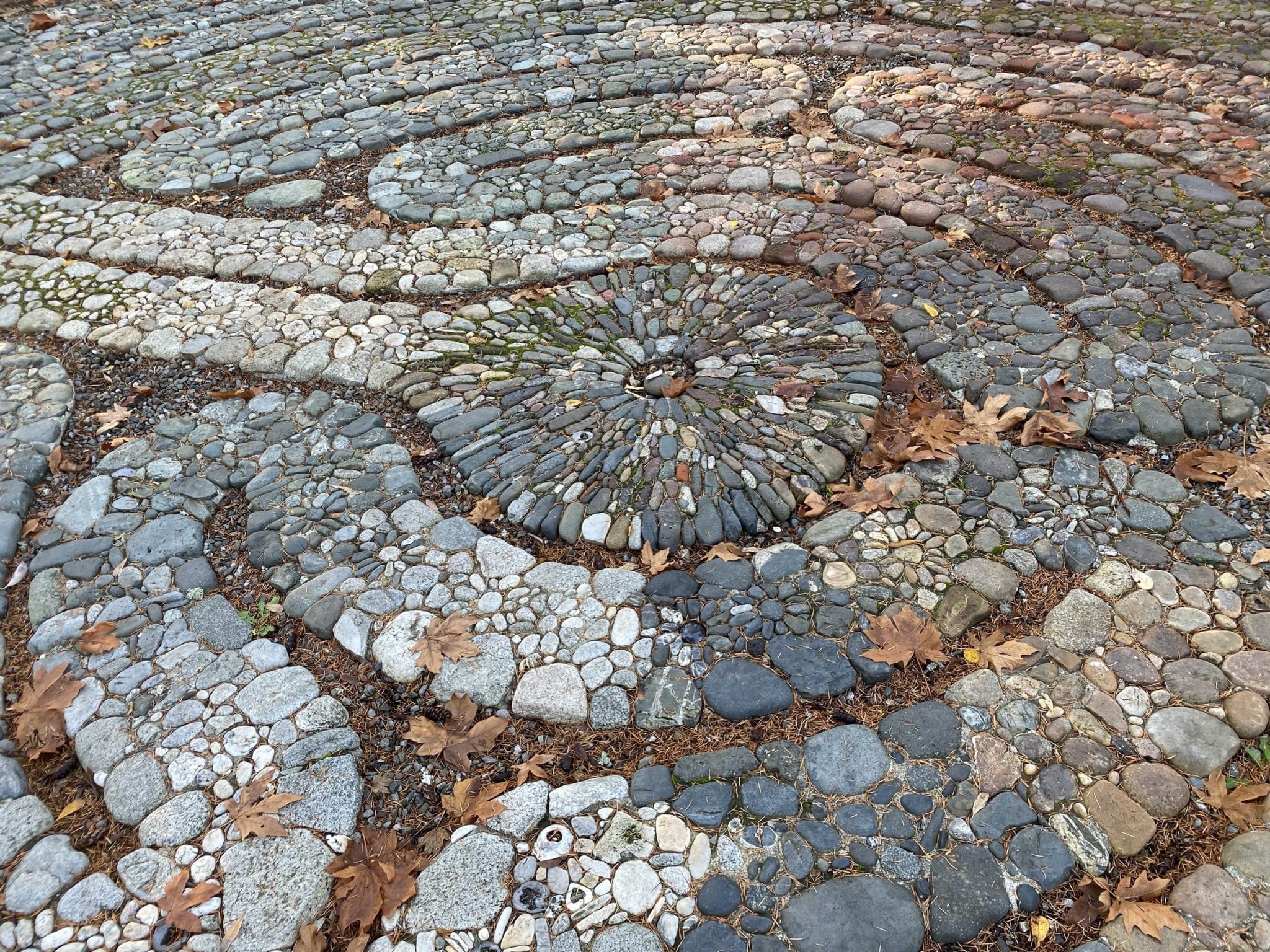 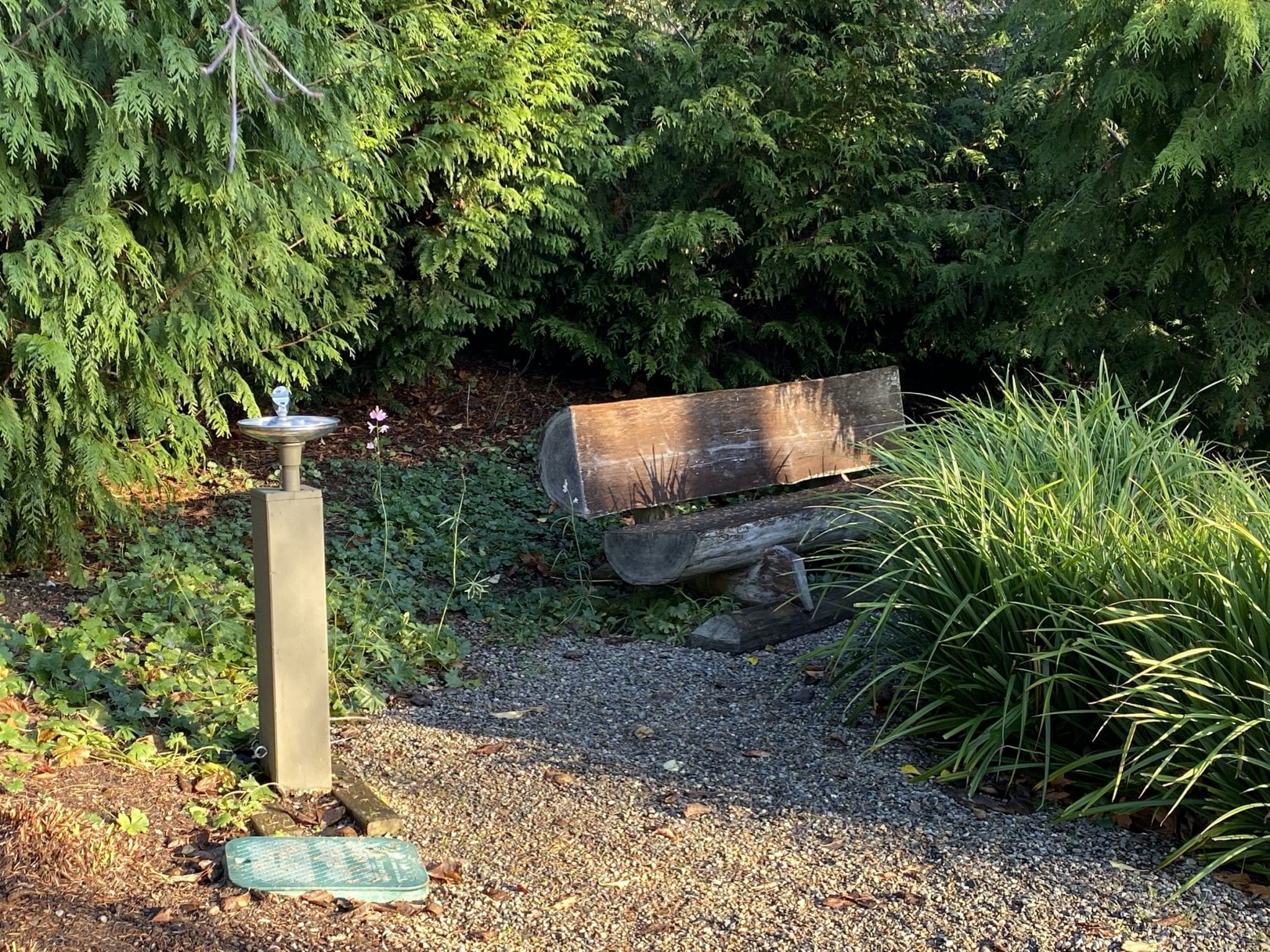 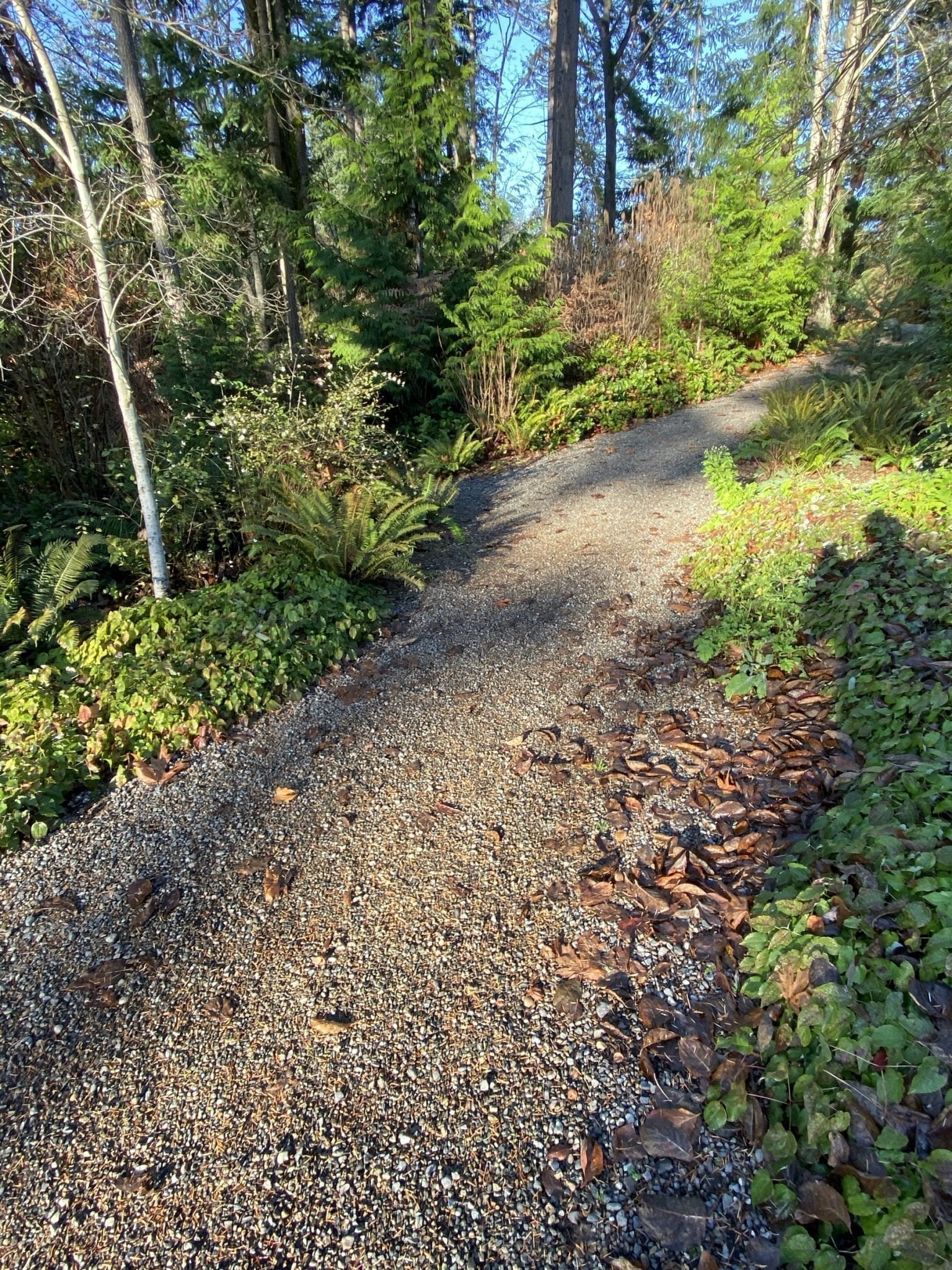 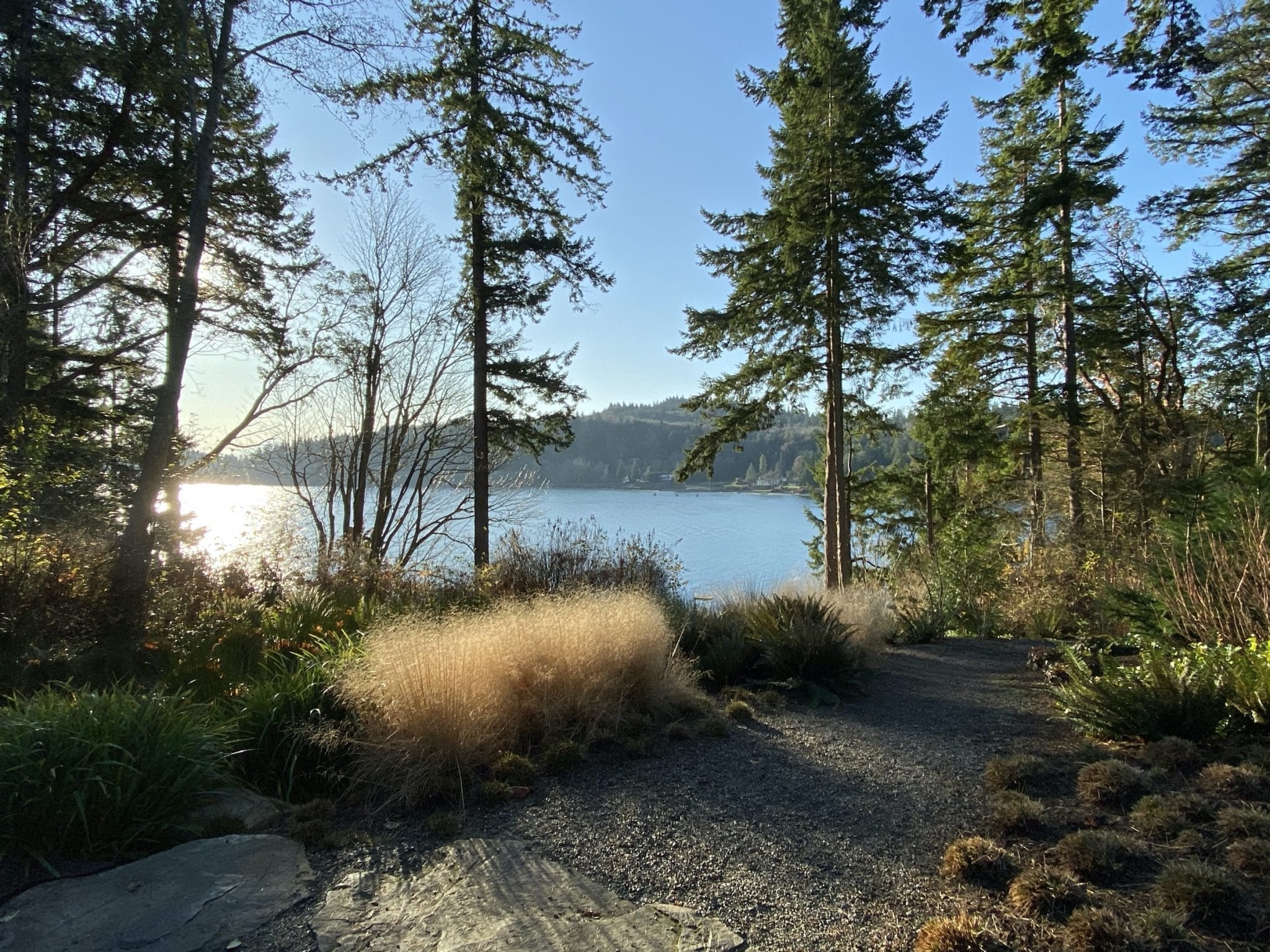 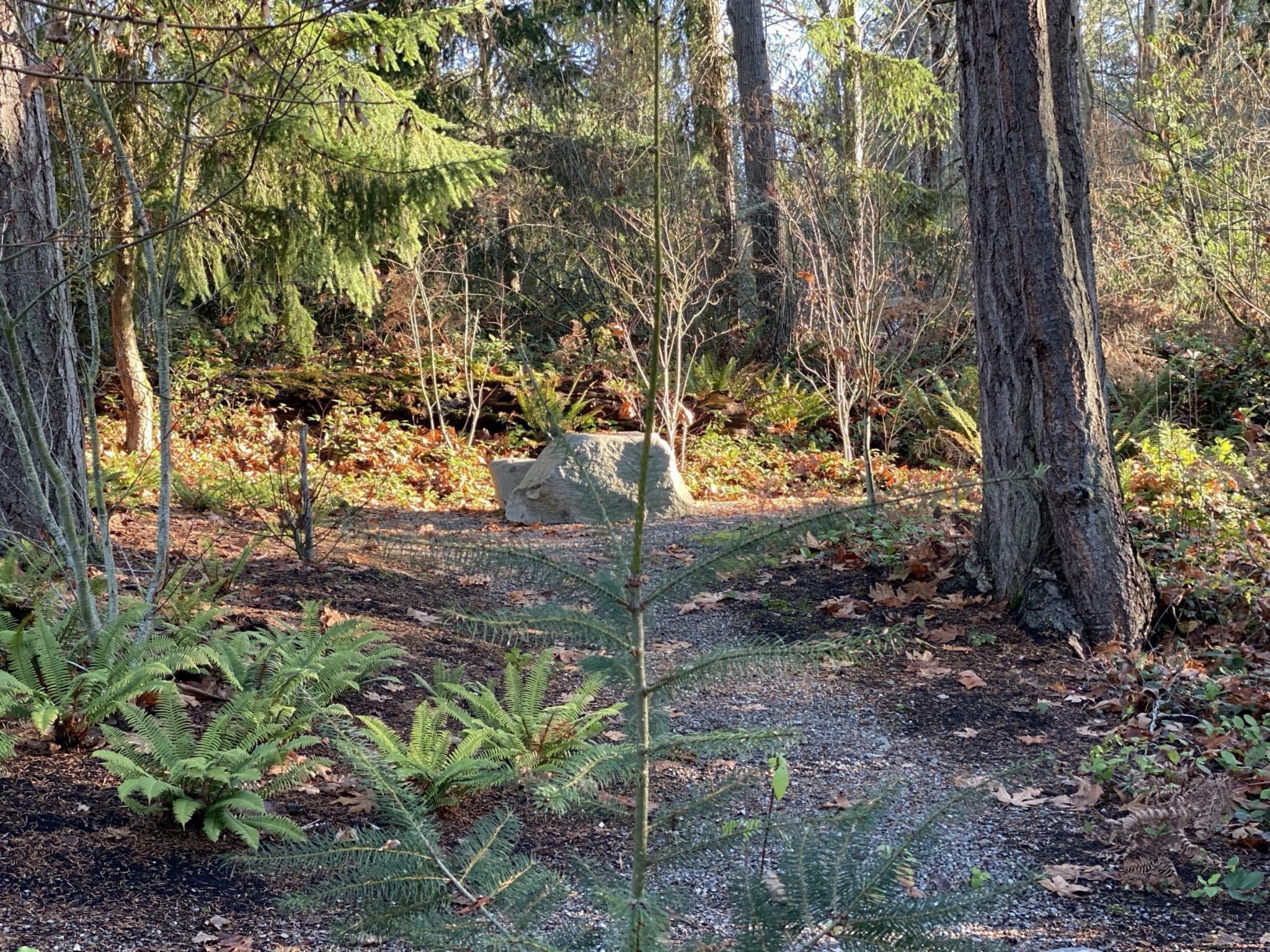 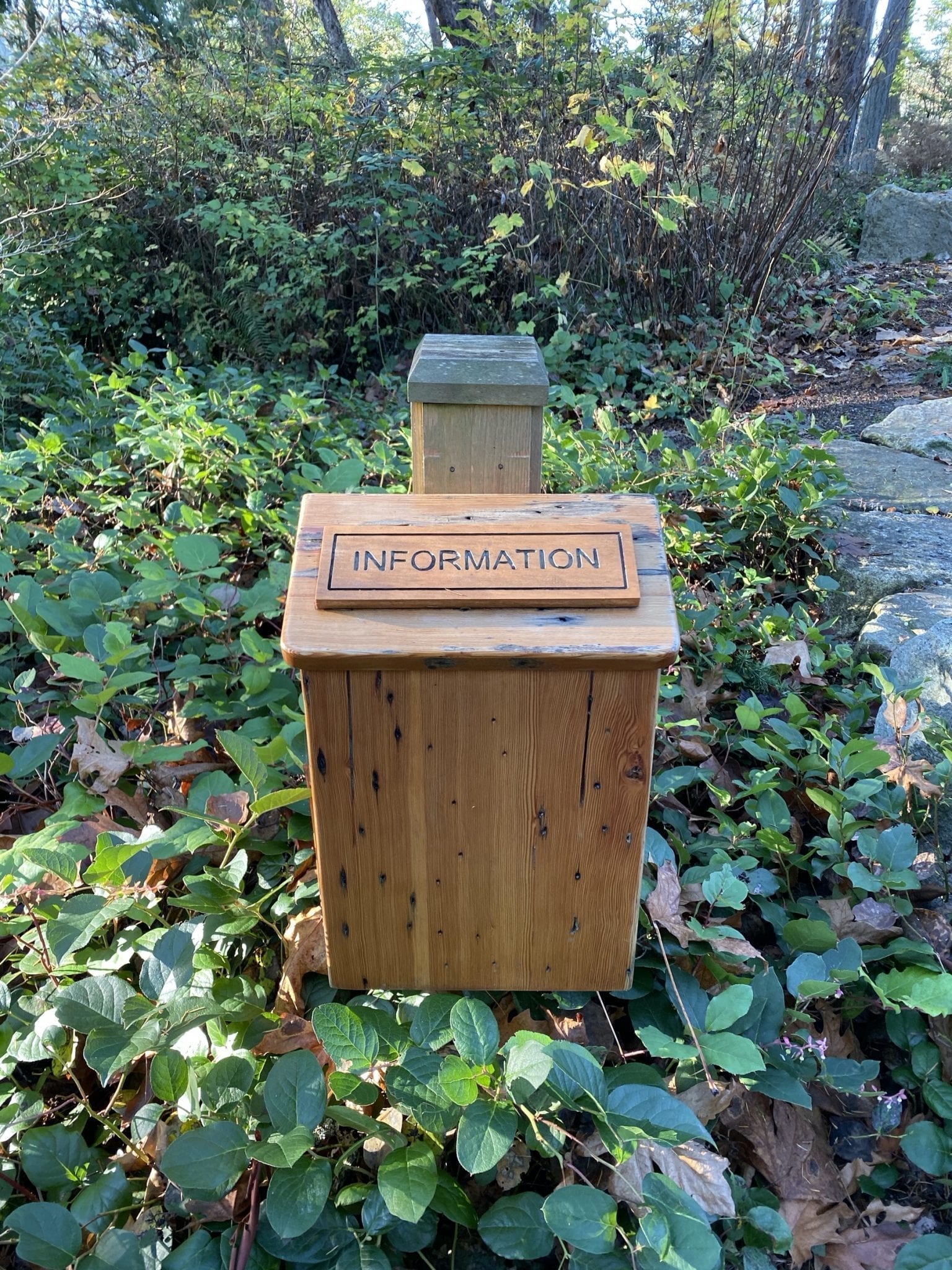 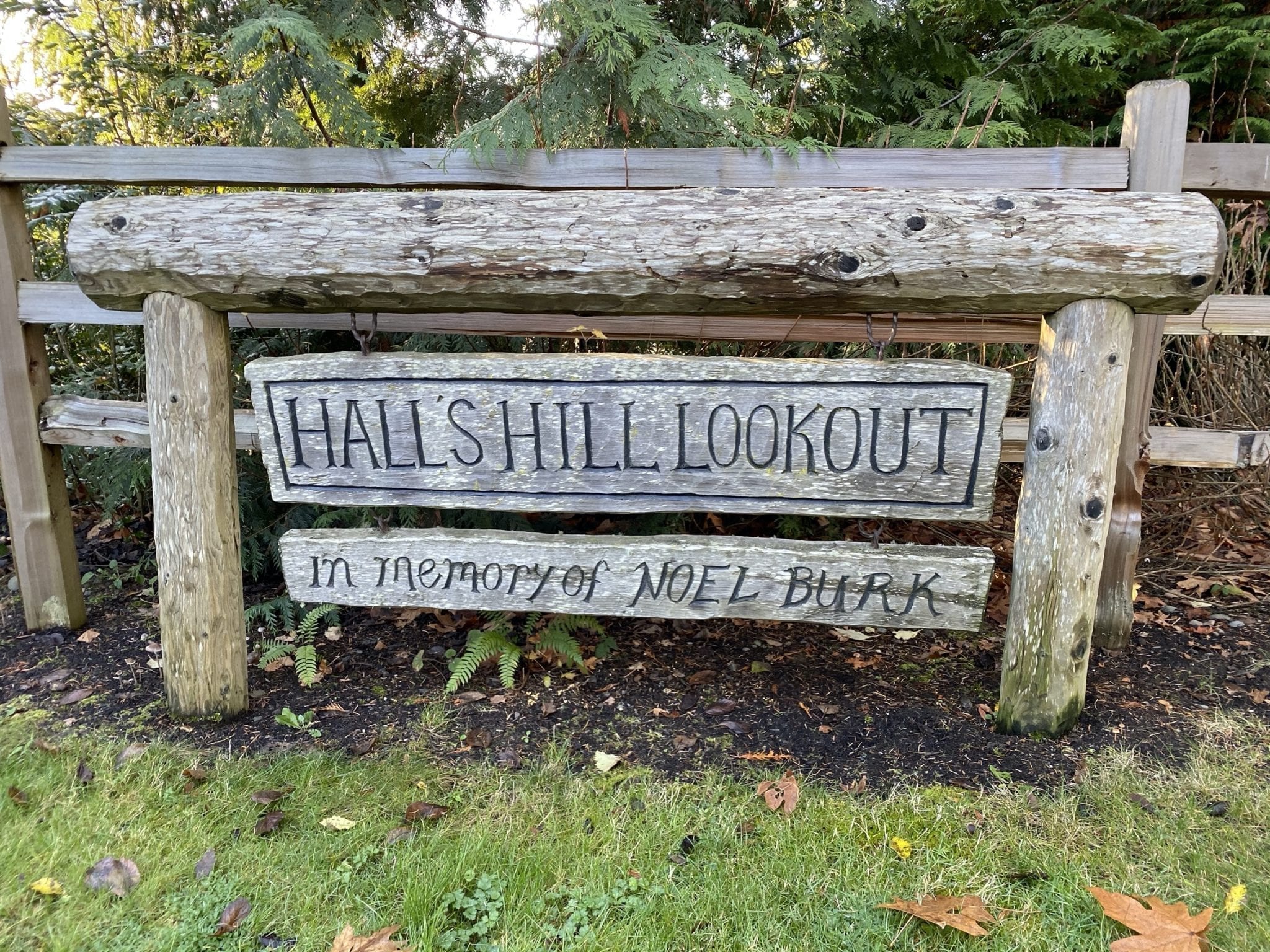 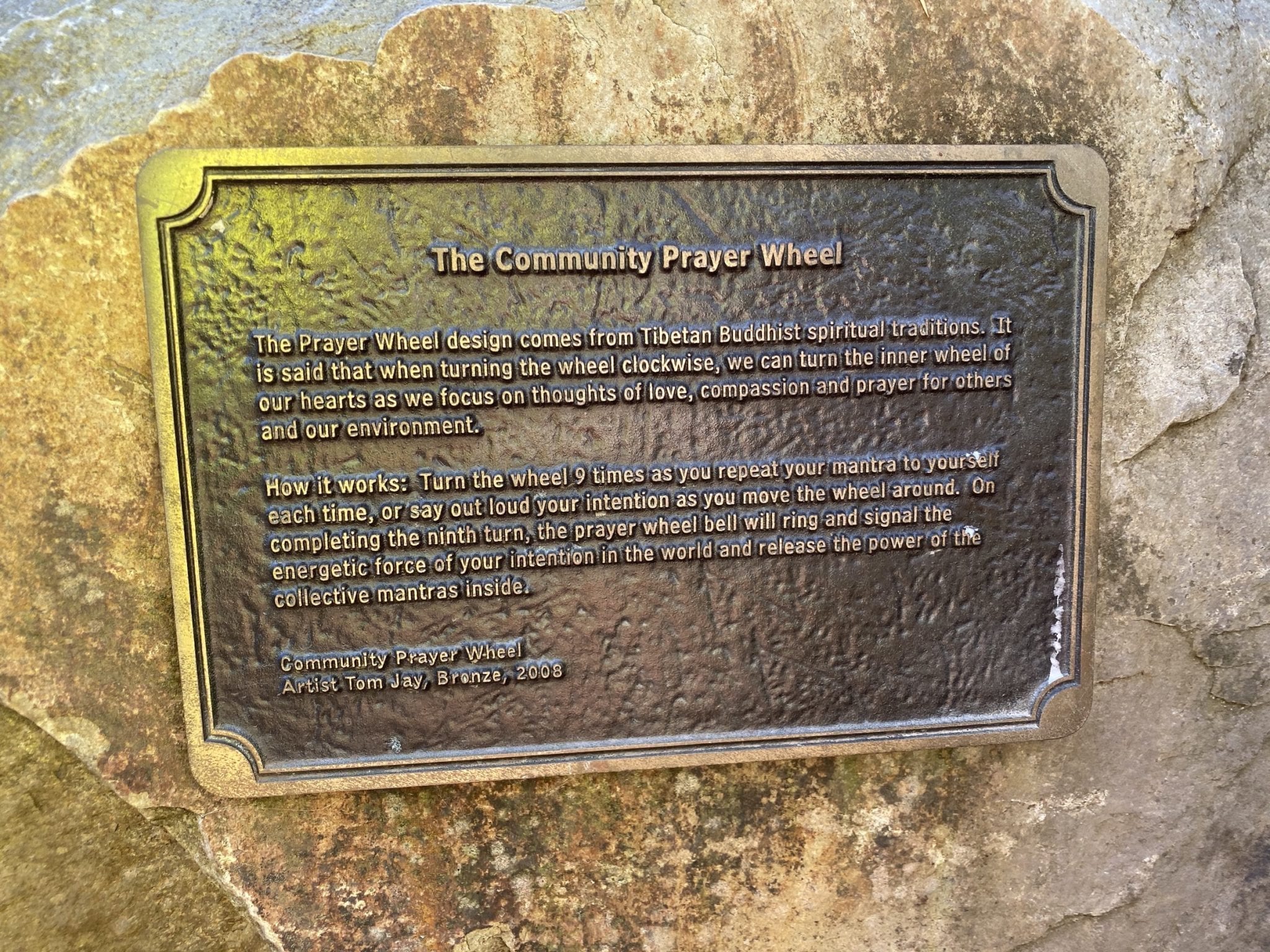 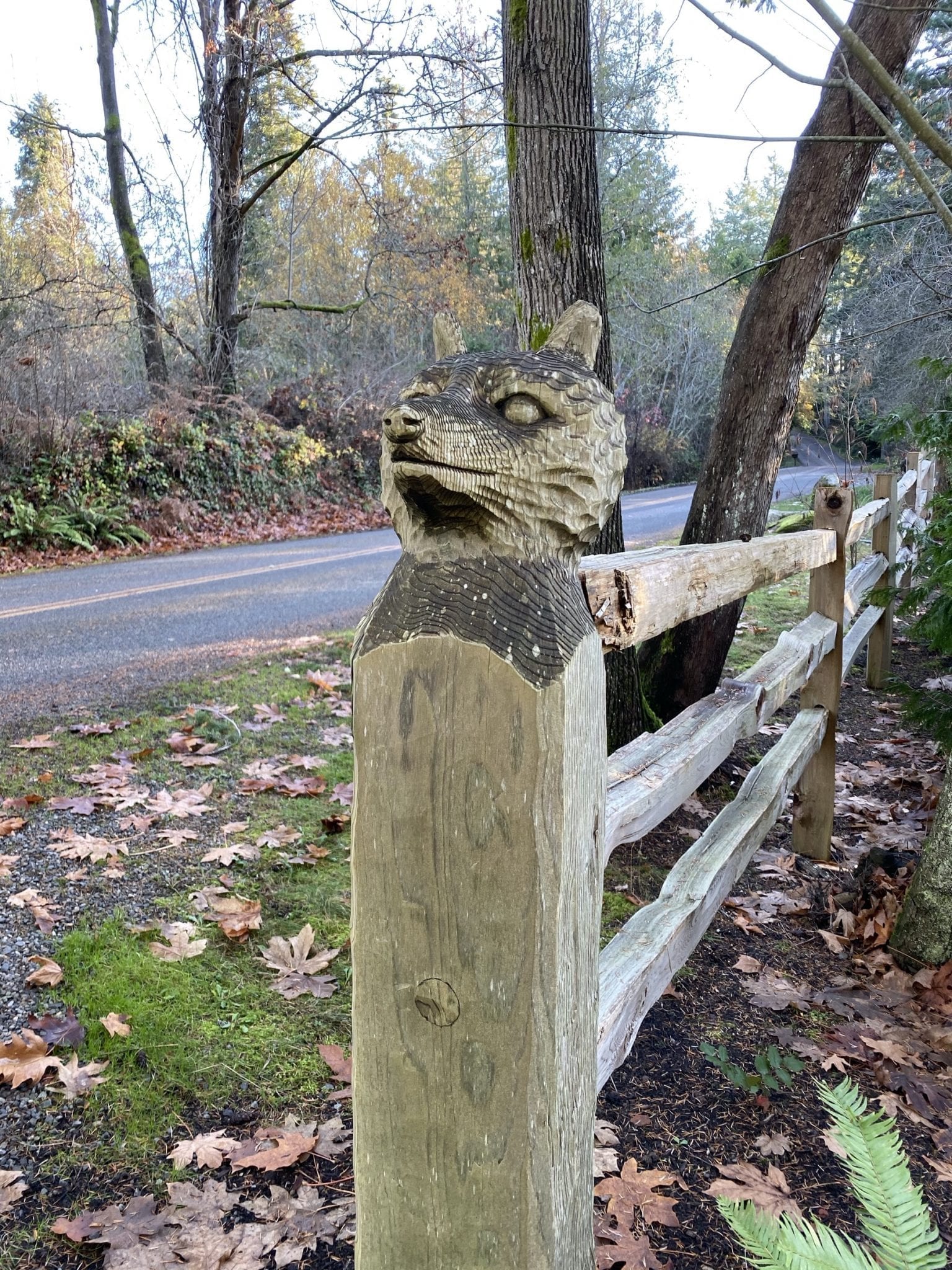 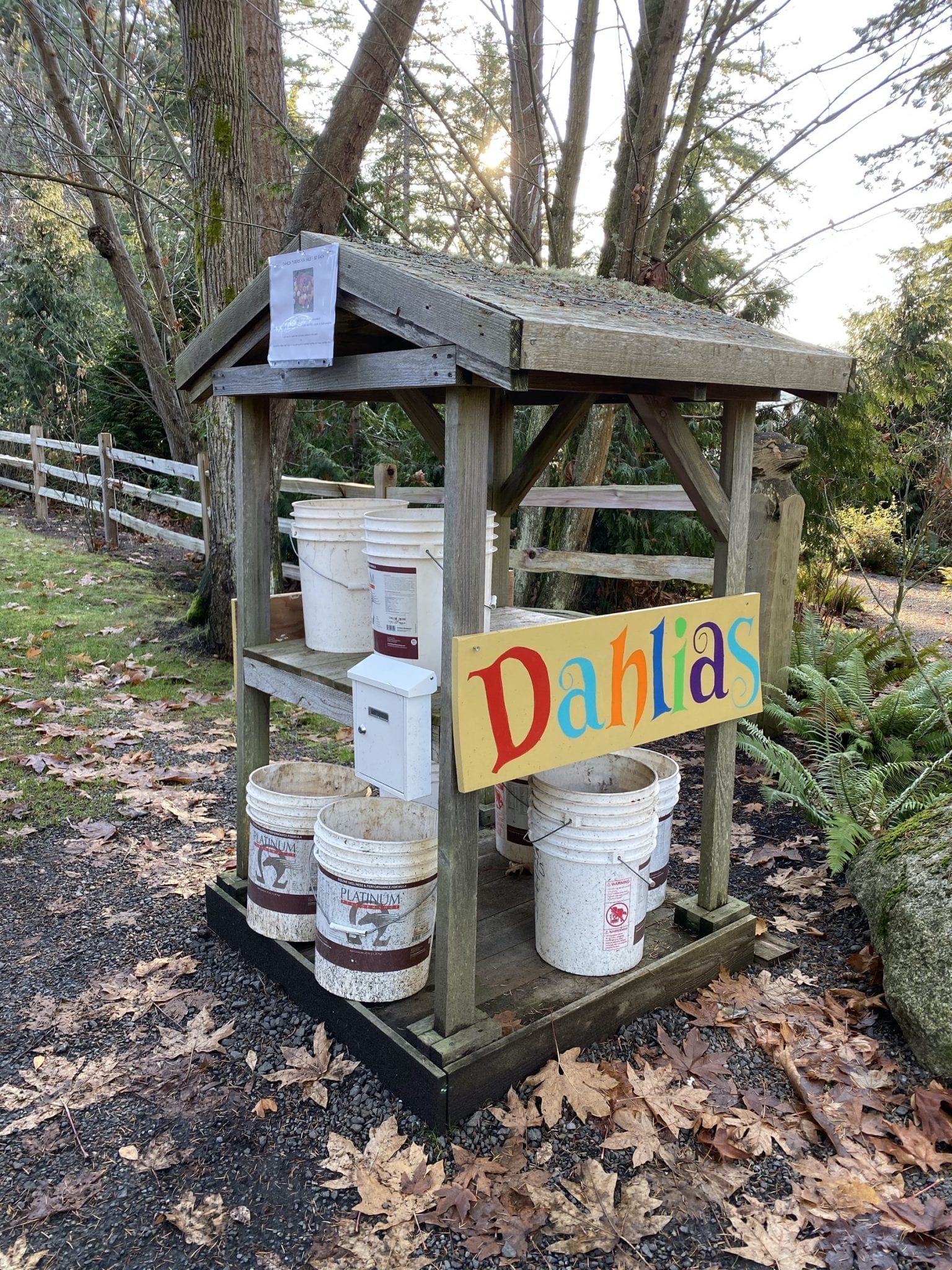 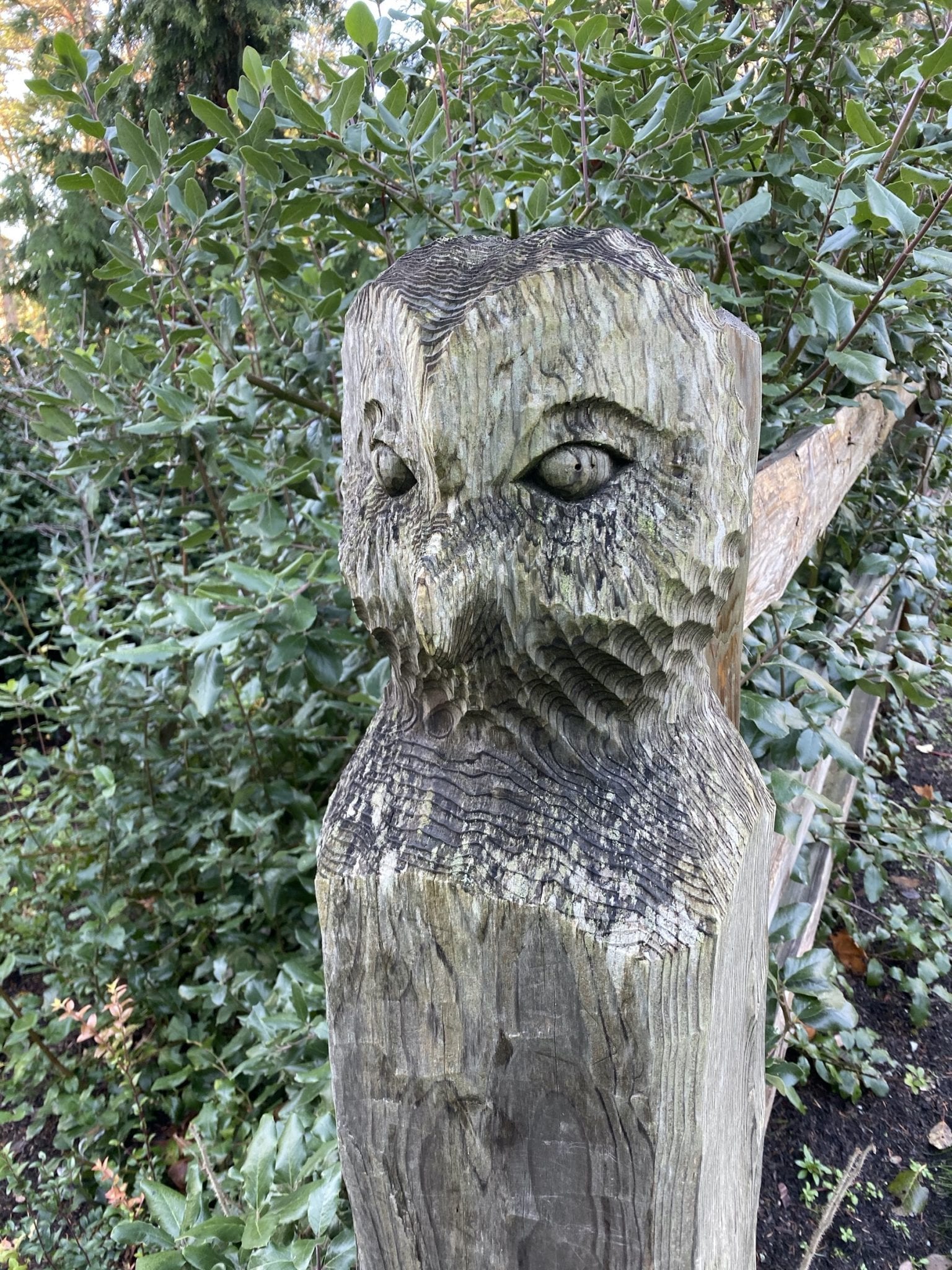