The martial arts are not exactly a new phenomenon quite the opposite in fact, with some practices having their roots in previous centuries or even millennia. But island youth and adults are discovering anew that the practice of martial arts provides first-rate physical conditioning while helping to instill valuable life lessons.

Two island establishments Pacific Fusion Martial Arts and the Family Martial Arts Academy focus on those age old benefits. Offering a variety of styles ranging from tae kwon do to jujitsu and boxing, both maintain that the values learned from the various disciplines can and should be applied to the rest of their students’ lives.

“Thankfully on Bainbridge [self-defense] would not be a daily skill,” said Stephanie Aduddell, founder of Pacific Fusion Martial Arts. “Well documented, though, are the life skills of martial arts, for all ages.” Originally a dancer, Aduddell became enamored of the martial arts and the sense of community it brought while living in California.

She and her husband have since transferred that sense of community into their Bainbridge studio, which has become so popular that they recently moved into a new facility with twice the space on Sportsman Club Road.

In addition to the rigorous physical fundamentals, their studio also focuses on the “how and why,” with a rotating curriculum that includes each progressive level learning about the history of the arts and their countries of origin.

All of this goes toward teaching students that the practice of martial arts is about more than just the physicality, but also a way of approaching life. Rick DeMile, founder of Family Martial Arts Academy on Day Road, holds a similar philosophy.

He said that he wants his students to learn classical martial arts, but that what he wants “more than anything is to inspire them, to challenge them, and to equip them for life.” His father, James DeMile, was one of Bruce Lee’s first Seattle-area students, and for a number of years he taught under the discipline of Lee’skung fu style.

He has since branched off into his own arena, however, combining several different styles, including kickboxing, wrestling and jujitsu, into a pragmatic, overarching discipline. Traditional martial arts methods are regulated by remote governing bodies, but DeMile’s blend allows his studio to keep the practice nimble and fresh.

“I can teach a kid to do it one way one year, and then the next year if I learn how to do it better I can say, ‘We’re doing it this way now.’ I don’t have to check with the Grand Master.” DeMiles also differs from his father’s teaching style in another significant way.

“One of the things that has made us successful over the years is that we love to have fun. Sometimes martial arts are infamous for not being fun. While I believe in having some discipline, some protocol, kids learn better when they’re having fun.”

The life lessons of self-confidence and empowerment that the martial arts instill, as well as the lessons of practical self-defense, can especially resonate among women and girls. Aduddell’s Pacific Fusion studio has classes specifically designed toward this end, with the mindset of teaching girls to “Be Epic.”

She said that in martial arts “you must work tirelessly for tiny incremental gains to reach your goal, and for girls, they do this all while finding their inner voice. A strong, proud voice, broadcasting to the world who they are, without fear.”

Similarly, Family Martial Arts offers periodic self-defense clinics for girls and women. In today’s world of screens and attention grabbing media, the practice of martial arts can serve as healthy reminders that hard work and self-discipline—in both body and mind—never go out of style.

Especially when there’s a whole lot of fun thrown in along the way. More at pacificfusionmartialarts.com and bainbridgefma.com. 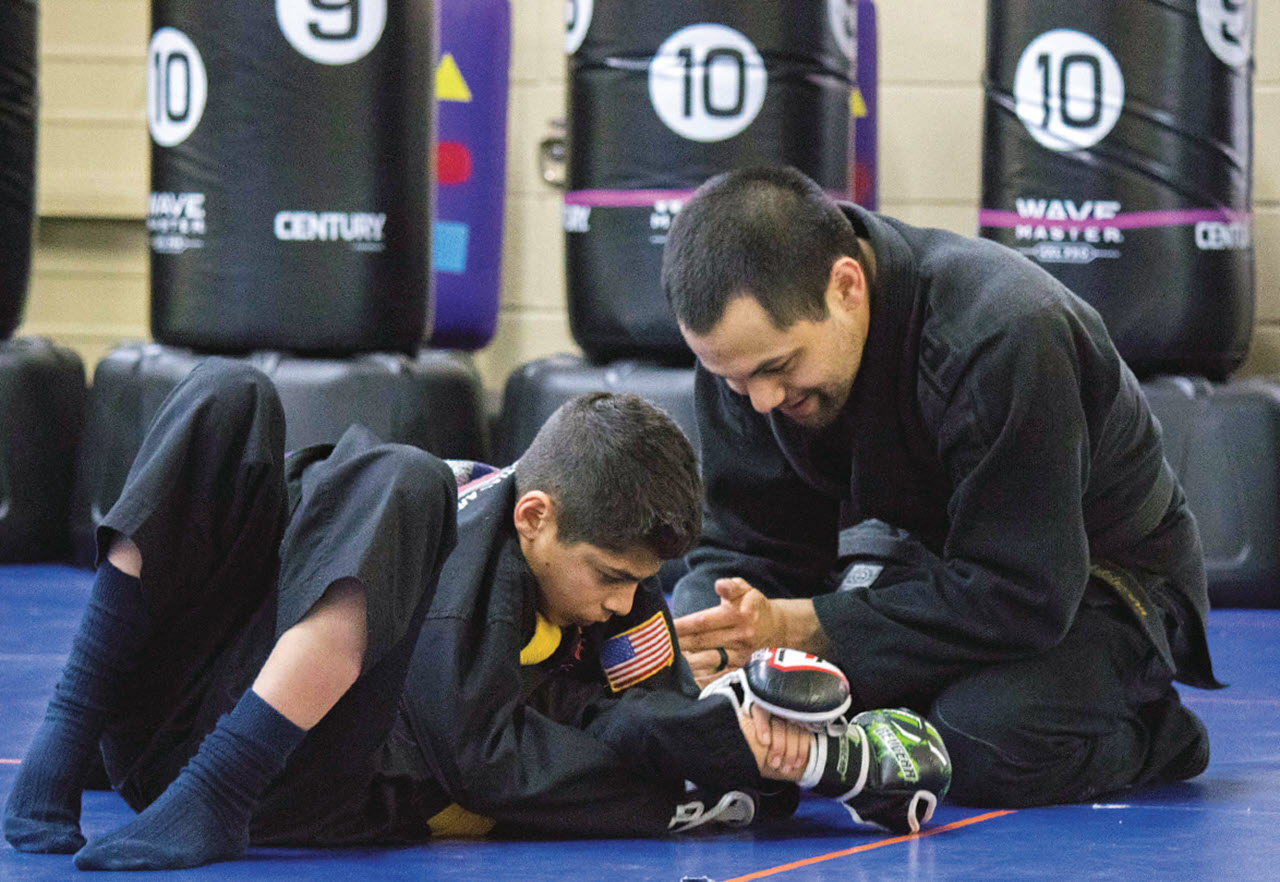