They sit around kitchen tables or meet in living rooms, organizing their next fundraiser, empowered by the knowledge that they are making a difference. With names like Flower Power Pod, The Everybody Club and Poulsbo Pod, small groups of girls, called pods, have fun planning dances, selling popsicles, wrapping gifts, painting nails and making handmade items to sell to raise money that will help girls in Ethiopia live a better life. Three years ago, Bainbridge Island native Molly Pitts founded Hope by Twelve (HB12) after a trip to Ethiopia to adopt her daughter Aster.

“That trip opened my eyes,” Pitts said. “I saw one little girl about 4 years old, carrying water that the women had to walk 10 miles to get. There were a lot of girls doing the heavy labor. They were not in school.” After that trip, Pitts looked for ways to get involved. She learned that by the age of 12, girls are considered women and their lives are no longer in their own hands. If things go the way they usually do for girls living in poverty, they will be married by 14 and pregnant by 15 with no education and no choice in their own lives.

“Hope by Twelve” refers to the hope that if girls can be reached by age 12, they can have a different life. If they can get an education, they have the ability to get a paying job. And that can mean that they can choose when to marry. HB12 is now a growing nonprofit with girls helping girls. Over the last three years, 17 pods of two to 13 girls, along with some pods of boys and women, have formed on Bainbridge and in Poulsbo, raising money for project partners in Ethiopia.

Through the fundraising of girl pods, HB12 mainly donates the proceeds to one of three main Ethiopian partners. AHOPE offers care for children living with HIV; Roots Ethiopia collects money for educational expenses in Kembata Tembaro; and the Selmata Family Project creates new, permanent families for children who have lost their parents. “The girls we sponsor all have such lofty dreams,” said Gretchen Hayward, program and development manager for HB12. “I would say 70 percent of the girls we sponsor want to become doctors and go back to their village to help. They work really hard to do it.”

The benefits of HB12 aren’t felt only on the other side of the world. As Pitts intended, the girl pods gain a broader global perspective through their fundraising. “I really learned the importance of helping people,” said Kylie Daniel, age 13, of the Epic Unicorn Ninja pod, which sponsors a girl living with HIV. “It’s super important because it’s so much harder for them to go to school or to get better when they’re sick. Just the thought of helping someone in another country every time we raise money makes me happy.”

Every pod learns about the girls they have chosen to sponsor in Ethiopia. About once a year a team from HB12 goes to Ethiopia to meet those girls. Last year the team carried letters and bracelets from the supporting girl pod. The African girls, in turn, recorded videos of their lives for the girls back in the U.S. “I’ve learned that not all people have what we have here,” said Leah Baker, a fifth-grader at Sakai and member of the Skateboarding Pizza Dogs pod, which sponsors an allgirls soccer team.

“They have to pay to go to school. They don’t all have families, proper cookware or a house that doesn’t leak all the time.” Together the 17 pods have raised enough money to renew long-term sponsorships for 26 girls. The goal is to sponsor each of those girls and many more to the age of 18. “It comes down to one girl at a time,” Pitts said. “Her life has been saved. It makes a huge impact. More than I ever thought it would.” 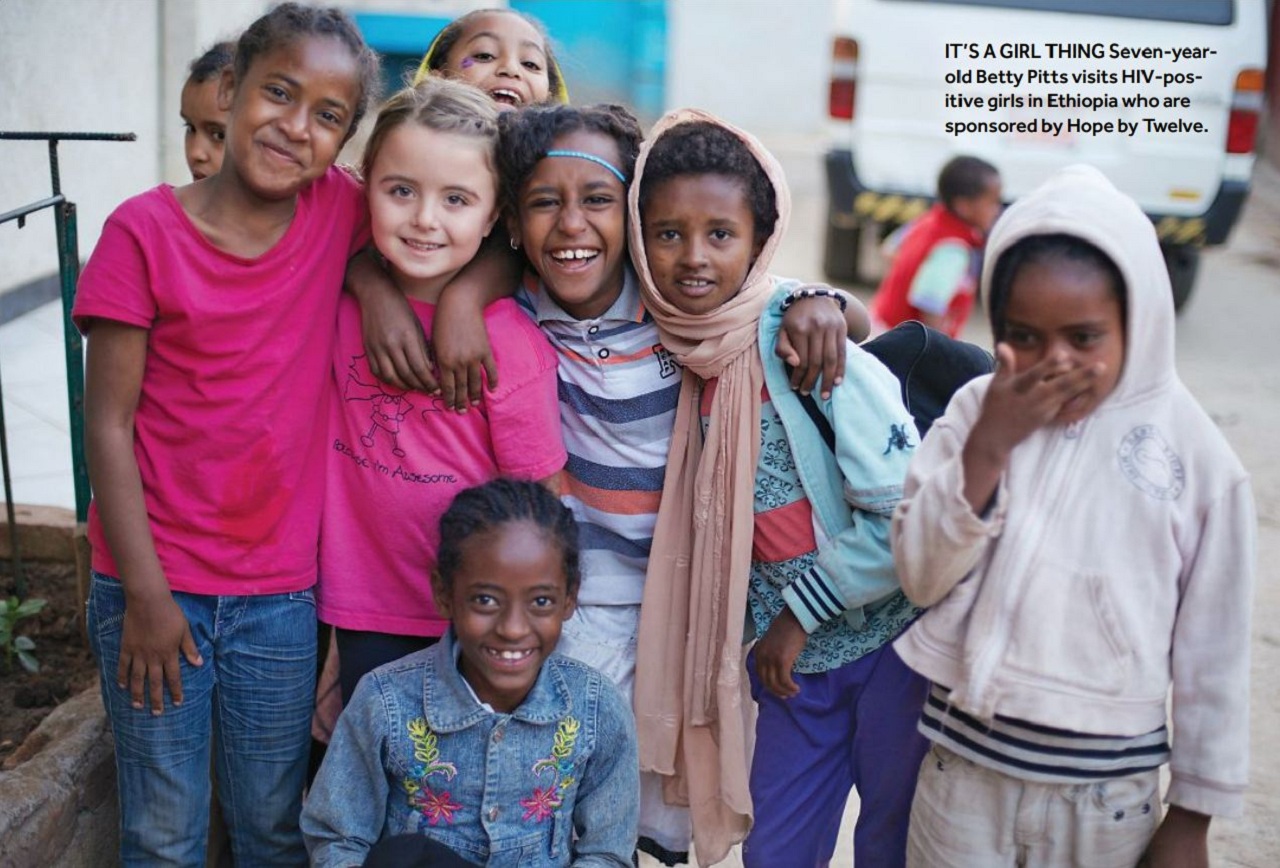 Out of Africa // The Kingombes Hope the Journey Ends Here