Just the word “CrossFit” is enough to make some quiver. But Sal DeRosalia, owner of Bainbridge’s CrossFit Outcome, says that anyone can do the high-intensity workout…and it might even feel good. First drawn to CrossFit as a firefighter with limited and unpredictable time for workouts, DeRosalia appreciated its fast, flexible and effective style.

He liked it so much, in fact, that in 2010 he opened his own CrossFit affiliate gym, a 700-square-foot “box” on Hildebrand Lane. Now located in Coppertop Park, the thriving operation boasts around 130 enthusiastic members.

Although enthusiastic may be an understatement. Since its birth in 1995, CrossFit has gained a religious following at an exponential rate. More than 13,000 affiliated CrossFit gyms have powered up worldwide.

Why CrossFit? First, there’s the workout. CrossFit emphasizes form, repetition and intensity using new-fangled versions of your grandfather’s exercise equipment like medicine balls, barbells and kettlebells. And unlike a traditional approach that splits workout time between cardio exercises and strength training, CrossFit combines the two into an ever-changing workout of the day (known as WOD). Members typically attend classes three times per week with a certified instructor, or “coach,” who leads and supervises the sessions.

Designed to keep workouts interesting, challenging and effective, CrossFit emphasizes functional skills such as lifting, throwing, pulling and pushing. Its goal is to improve how a person moves through daily physical obstacles and tasks, whether that’s running for the ferry with a heavy bag, gardening for hours or repeatedly picking up a toddler.

DeRosalia said that results come quicker from CrossFit than from a traditional gym routine. “You get a lot of bang for your buck.” Sam Berni, a North Kitsap resident firefighter, enjoys the focused workouts and the added bonus of avoiding injuries on the job.

“It absolutely helps me at work,” he said. “From where I was three years ago to where I am now [physically] is a night-and-day difference.” Chuck Deen, 55, started CrossFit last fall and has also seen improvement in his fitness.

“Now it’s just kind of addictive,” he said. He believes that “anyone can do CrossFit, but it’s not for everybody. You have to want to amuse yourself like this.” After all, it’s hard to be too serious when you’re drenched in sweat, muscles quivering, surrounded by a chorus of grunts.

A competitive streak is also useful to fully appreciate CrossFit. Each participant’s daily results—like how many pounds were deadlifted or the number of pull-ups won in a minute are publicly posted at the gym, engendering the sport’s famous motivational element.

As folks push themselves, safety is critical to DeRosalia, whose team uses an incremental approach. “We practice to make sure your form is good and then reconfirm that you can properly repeat the movement. Then we add intensity to it with weight or speed,” he said.

“We limit our class size, too, because there’s only so much attention you can give in bigger groups. A coach is always moving around the room, having dialogue with students about how they’re doing.”

Tressa Johnson, CrossFit fan and island librarian, didn’t have any reservations about trying the program. “They’re always working with you to make sure that you’re not using too much weight and you’re being safe,” she said. The social element of CrossFit can appeal to those who find a traditional gym workout isolating.

Over and over, members say that it’s their CrossFit classmates who keep them coming back, citing the special bonds that form from facing challenges together and watching each other succeed. “Because of the work you’re doing together, I think that there’s a level of respect that’s earned, like a brotherhood or sisterhood,” DeRosalia said, noting that the relationships extend well beyond the box. Members have filled in as last-minute babysitters for each other’s kids and fundraised for cancer treatments for a fellow member’s spouse.

CrossFitters also openly welcomes newcomers regardless of age or abilities. “We have a 68-year-old woman and 5-year-old kids (in the kids’ classes) and just to see that is really cool,” he added. Johnson echoed the sentiment. “I love the camaraderie.

Everyone, no matter what level they’re on, no matter how long they’ve been doing CrossFit, they’re welcome here. Everybody cheers everybody on.” With intense workouts and a tightknit community, CrossFit may have figured out a simple, healthy way to help people feel better on the inside as well as on the outside. Whose heart doesn’t race for that? 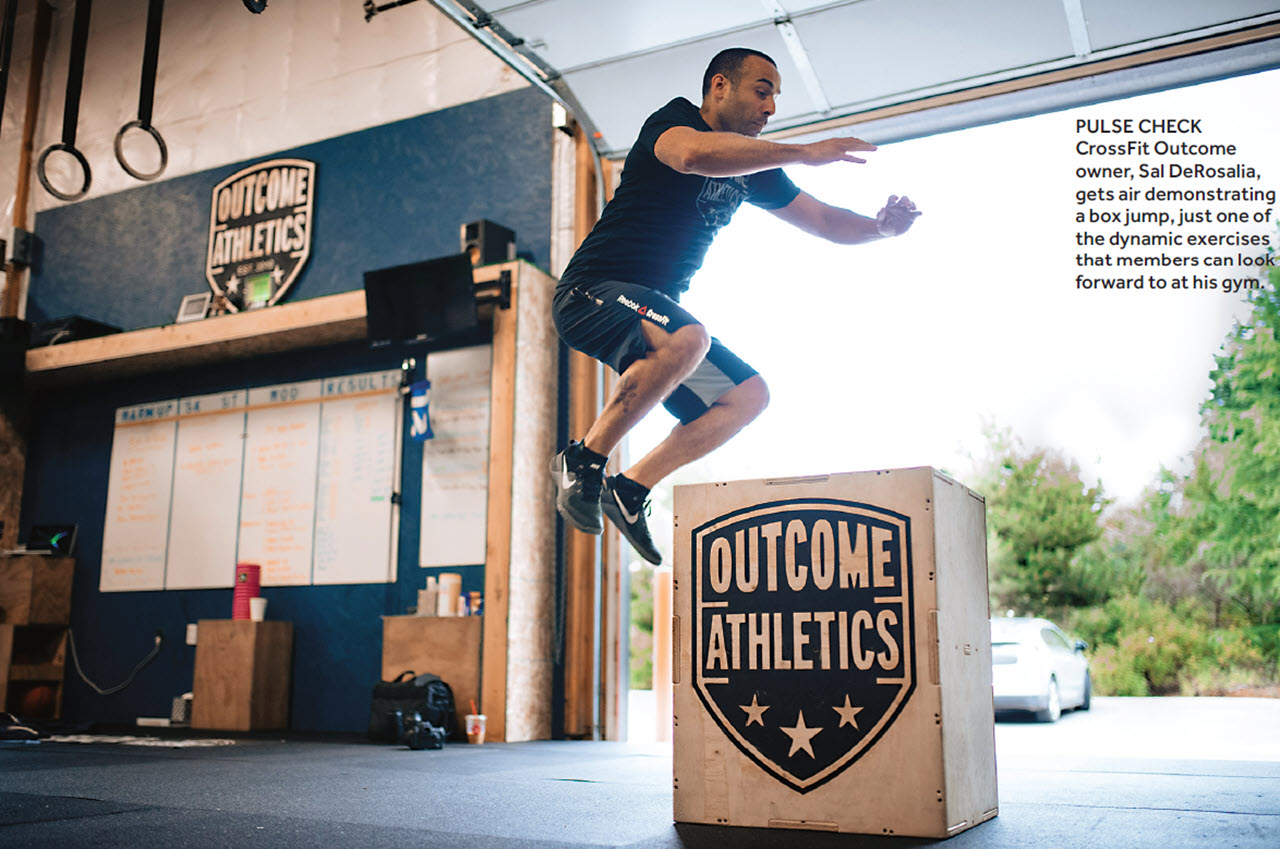 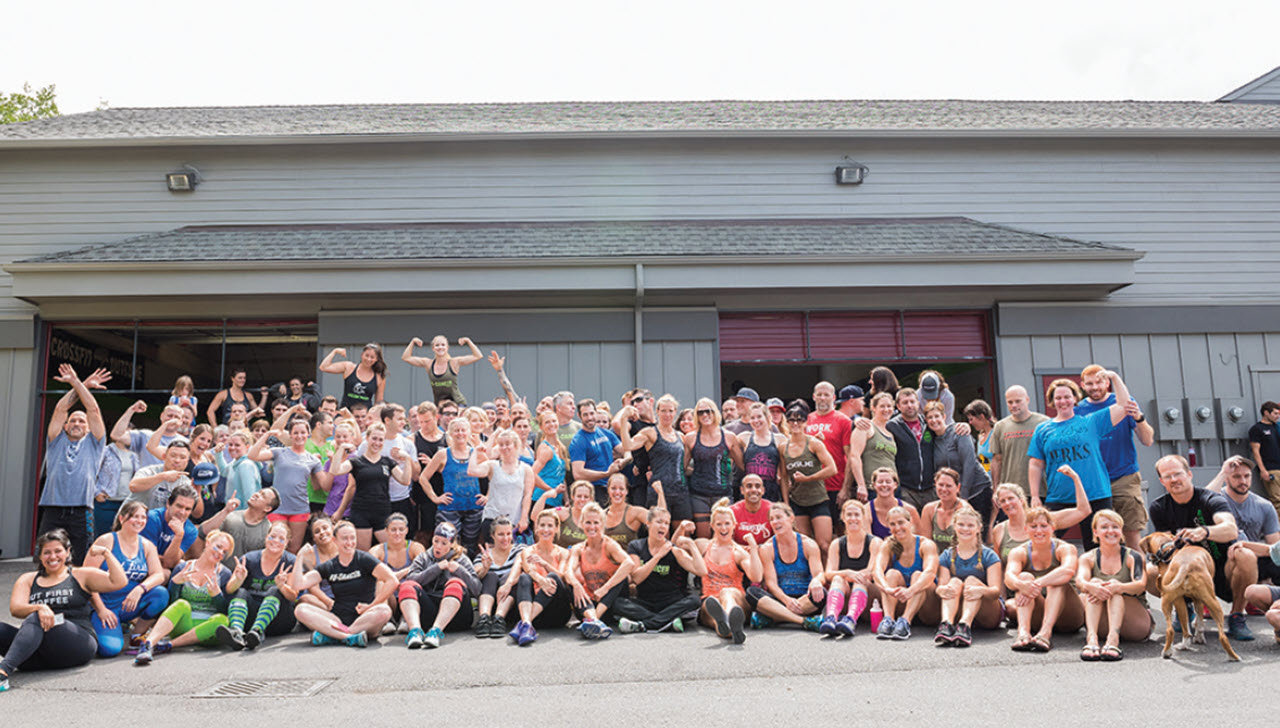