For most folks, by the time they hit their mid-40s, their athletic prowess has significantly softened. But islander Chris Exarhos is not by any stretch “most folks.”

Recently ranked first in Washington state—and ninth worldwide!—in the men’s 45- to-49 age group of CrossFit competitors, 46-year-old Exarhos just keeps getting stronger. For most mortals, staying that fit alone sounds like a round-the-clock job, but Exarhos is also a full-time program manager for Concur Technologies in addition to running Bainbridge Island CrossFit, which he owns with his wife, Brandi. How does Exarhos manage it all? “The beauty of CrossFit is that you get a high intensity workout in a short period of time,” he said. “It keeps your metabolism burning at a higher rate even after the workout is done.”

Originally from Milwaukee, he grew up on the ice. Exarhos joined organized hockey as a kindergartner, was recruited during his senior year in high school by the University of Wisconsin, and after graduation was on his way to play in the International Hockey League. Three days before training camp started for the Milwaukee Admirals, Exarhos fell during practice, breaking his hand, which subsequently caused him to fail the orthopedics phase of his physical. In a flash, his 22-year hockey career had come to an end.

Though playing professional hockey was out, Exarhos found other ways to stay fit, including running marathons and lifting weights.

After moving to Bainbridge in 2007, he discovered CrossFit. A couple of Exarhos’ college friends had opened Kitsap CrossFit in Poulsbo, and he was quickly hooked by the signature workout of the day, which combines an ever-changing line-up of functional movements like squats, push-ups, plyometrics, weightlifting and pull-ups. The variety, combined with the camaraderie he found within the CrossFit community, challenged and motivated him, and quickly replaced his weightlifting and fitness routine.

In 2011, when an online qualification system was created that enabled CrossFit enthusiasts from around the world to participate in the CrossFit Games, Exarhos jumped in headfirst and entered the competition. Remarkably he finished 62nd in the Northwest region. Even more remarkably, he climbed to 21st place the following year. In the seven years since, he’s continued to up his game.

This year, things came full circle for Exarhos when he traveled back to Madison, where his hockey career ended 20 years ago. After passing the first two rigorous phases of competition, Exarhos advanced to the final round of the CrossFit Games, which were serendipitously held on the campus of his alma mater. The familiarity of his surroundings gave him the home-field advantage. Out of the original 15,969 CrossFit athletes in his age group worldwide, Exarhos captured ninth place.

As he heads into his ninth year of intense competition, Exarhos reflected on the challenges he faces as he ages. He shared that he has had to change his diet in order to keep improving. Starting with the Whole30 diet, he minimized sugar, grain and dairy consumption. Next came the Zone Diet, which promotes eating a prescribed ratio of macronutrients—proteins, carbohydrates and fats—to support performance and recovery. He plans to keep competing in CrossFit “as long as I’m able.”

For the Exarhoses, CrossFit is a family affair. Brandi works as a seminar trainer for CrossFit HQ, traveling the world to teach the CrossFit Kids program. The couple’s teenage daughters, Parker and Brodie, help at the front desk in between school and their own workouts. Together, they provide a variety of programs such as teen sports enhancement training, and work with people of all abilities, including a partnership with Stephens House, leading tailored workouts for the residents with developmental disabilities.

Although competition is not for everyone, CrossFit is, Exarhos said. “You don’t need to be fit to get started…it’s how you get fit!” 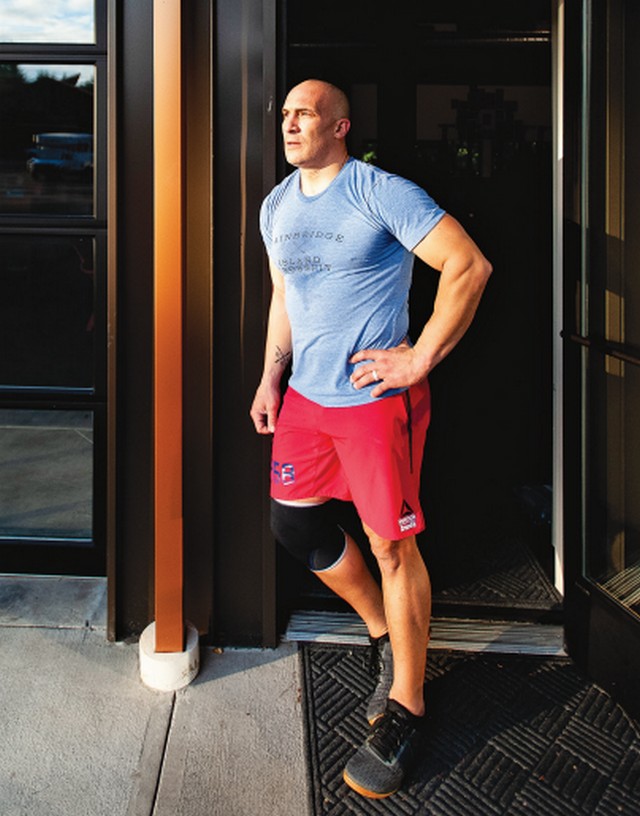 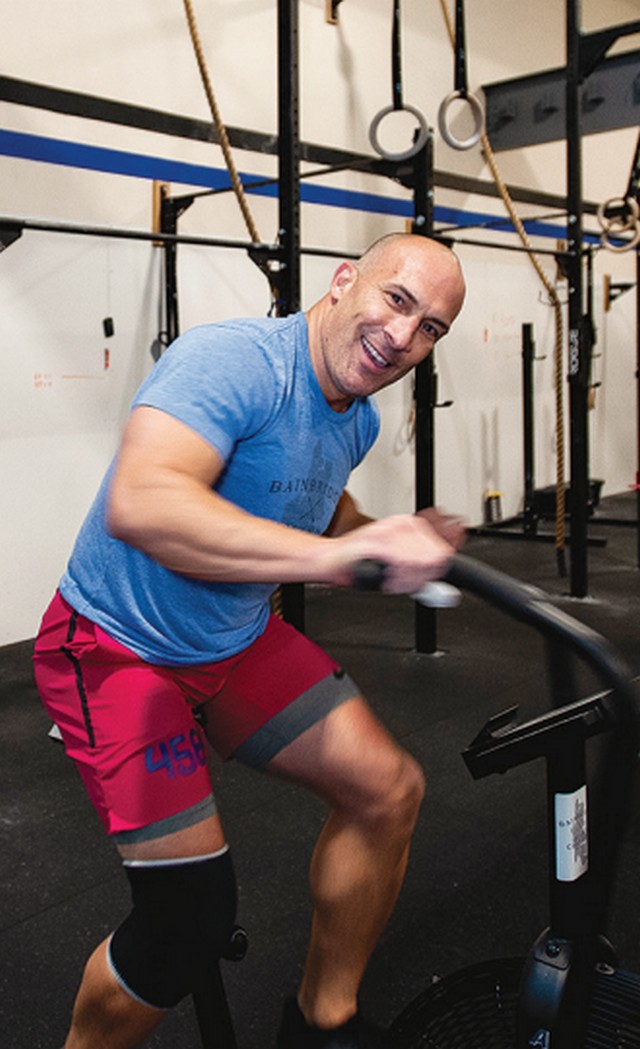