Are We There Yet? // Destination Imagination Drives Creative Teamwork

Confidence. It’s what we all want for our children, of course. But it’s most powerful when it is earned, when children personally discover their true potential for effort and thought. Destination Imagination, a program that weaves creativity, academics and teamwork into an inspiring—and wholly fun—activity, enables such an experience for elementary-to university-aged youth.

That well earned confidence is the greatest benefit children gain from participating in DI, said Judy Levine, coordinator of the program at Bainbridge Independent, a creative and educational hub she founded.

DI is an international nonprofit created to inspire the next generation of innovators and leaders. Supported by powerhouse organizations like NASA, Disney, Oracle Academy and the Mayo Clinic, DI’s mission is for participants to learn patience, flexibility, persistence, ethics, respect for others and their ideas, and the collaborative problem-solving process.

Working in teams of up to seven, more than 150,000 students worldwide participate. Bainbridge currently has 14 DI teams. Each year teams select an open-ended challenge out of seven choices across the fields of science, technology, engineering, fine arts, improv and service learning.

A service learning challenge, for instance, might include such activities as designing and carrying out a public service project to address a community need, and creating a fable that integrates information about the project.

Teams work together over a period of months to create a solution and then have an opportunity to present their solutions at regional tournaments. Levine became involved seven years ago after reading an article about DI that piqued her interest, moving her to create a DI team.

Today, a growing legion of Bainbridge youth—two-thirds of whom return year after year to participate anew—along with team managers and volunteers are gaining momentum. For six years in a row, at least one local team has progressed all the way to global finals.

This year, two Bainbridge teams qualified for DI’s global tournament in May, held in Knoxville, Tennessee. But in DI, winning isn’t everything. Levine has seen repeated instances where the DI process was just as celebrated as any endgame result.

She has found that the experience—like the ways in which teams talk to each other, making sure everyone is involved and recognized, and the children’s recognition that their whole is greater than the sum of their parts—left participants happily wanting more. “Even when a team doesn’t progress to the next round, their enthusiasm doesn’t wane,” she said.

“They continue to meet weekly to play acting games and to work on instant challenges. For many, DI day is their favorite day of the week.” It was that passion she witnessed which further inspired her to create complementary programs including a summer DI theater camp, led by veteran performance artists Guy Sidora and Corinna Munter Green. Participating in a camp, Levine noted, is a fun way for a student to get a taste of DI.

The DI coordinator at Wilkes, Lisa Camacho—whose three children participate in DI, including 12-year-old daughter Claire—described DI as something that could outwardly appear chaotic, but works magic for the kids’ minds and their hunger for learning.

She detailed a typical improv challenge in which participants are required to: learn about eight very specific locations (like a container ship on the Panama Canal or King Tut’s burial chamber), make a prop fashioned from newsprint (such as a backpack or a paddle), and then perform a skit all the while incorporating a mysterious stranger and an assigned news flash. She acknowledged the concept is mindboggling even to explain, but that the benefits she’s seen personally—not only academically but socially too—make her confident in recommending it to the community as a whole.

She pointed out that on an island where parents are so heavily involved and invested, DI is uniquely empowering because the children are required to innovate and create without adult interference. Camacho noted that although the mentors and team leaders are integral to modeling behavior and skills, the challenges themselves are purely child driven and executed.

“Not helping,” said Camacho, “is good for the kids and it’s good for the parents too. The kids know and can trust their successes and see where they failed, as well. They keep those lessons for future DI seasons and for life. As parents, we get to take a step back and see what our children are capable of.” More information about local DI programs including summer camps is available at judymlevine.com. 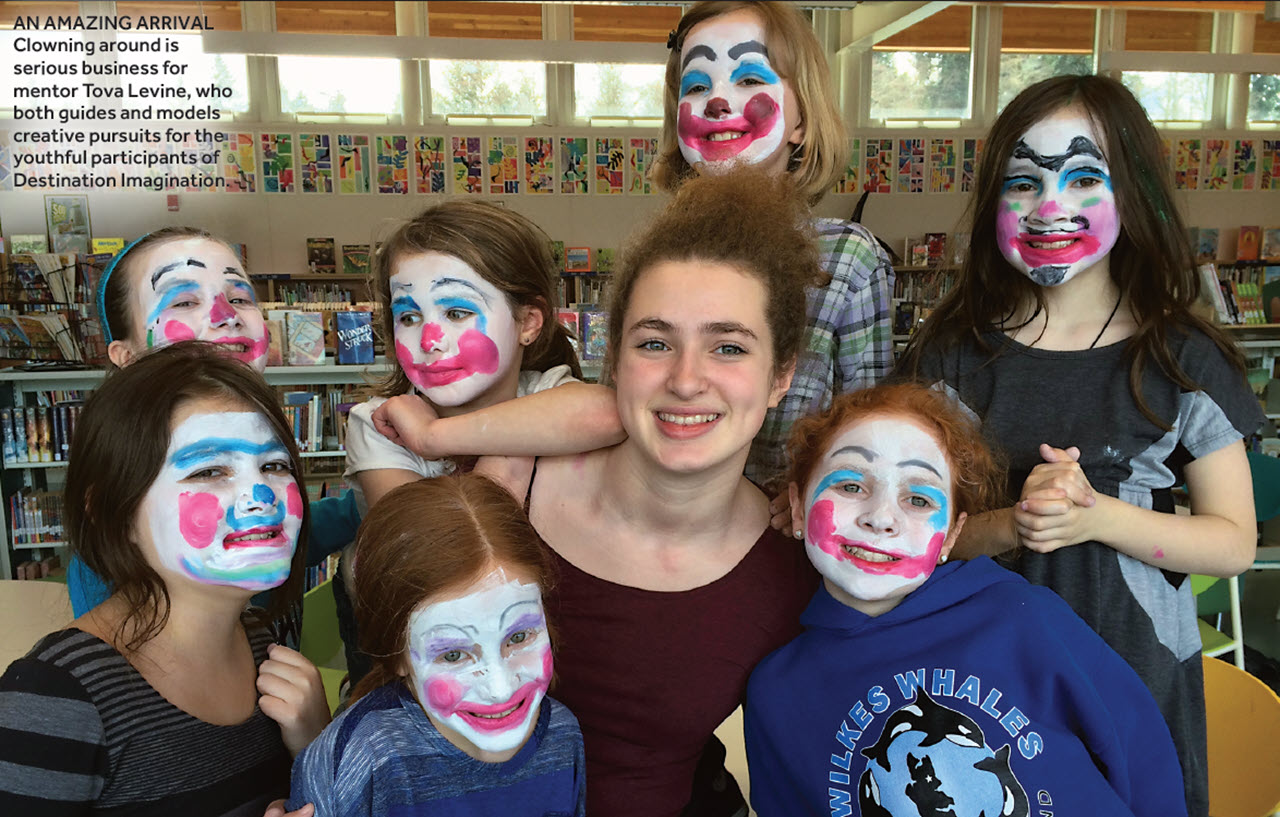