Suzanne Selfors excitedly forged ahead early this year with two new ventures: a book co-written with her son Walker Ranson and ownership of a bookstore.

“Braver: A Wombat’s Tale” will be released June 23. It was set to launch with a celebration at Liberty Bay Books in Poulsbo, which she bought in February. Then the coronavirus took hold.

The best-selling author acknowledged the timing was bad, both for buying a store and publishing a book. “But we just learned that we earned a Junior Library Guild award for the book, which means that libraries will pay attention to it, so that’s good.”

The co-writing project began a few years ago after Ranson dropped out of college to become a writer.

“My initial reaction was, ‘Oh, crap!’ because I know that the odds would be against him,” Selfors said. “But he’d grown up listening to me tell him over and over that life is short and we should follow our hearts. So that’s what he wanted to do.”

Selfors knew she could help open doors for him. But she challenged him to first prove he could do what most people can’t: finish writing a book.

For a year, Ranson wrote daily and produced “a really amazing first novel,” she said. “And that’s when I told him, ‘OK, you can do this. Now, let’s write something together.’”

“Braver” is longer than most of her previous books. But Ranson prefers longer books and series, too, and he was determined to make the imaginary world they created “believable and alive.” The target readers are ages 8 to 12.

They chose a wombat, Lola Budge, as the central character because “it’s a fun and quirky little bear-like creature that is very rarely represented in fiction,” Ranson said. “The majority of animal adventure stories, like Redwall or Mistmantle, rely on the typical British critters. I wanted mine to be more unique.”

Selfors said her son sometimes wanted to “take the story darker, with more action and some violence. But that’s not my thing, so I often reined him in, and he didn’t always like that. But we found a rhythm early on. I would outline the chapter and create dialogue, then he would go in and write the descriptions, the action; his prose is more elegant than mine.”

Early reviews often praise the book’s humor. “Without humor, you might as well be writing an alternate history textbook,” Ranson noted.

Selfors added: “And yes, (humor is) what kids like. Humorous books rarely win the big awards, but they are always bestsellers.”

Even as “Braver” neared publication, Selfors decided to buy Liberty Bay Books. She was looking for something new after a decade of meeting writing deadlines.

The Poulsbo store draws tourists but depends on a loyal regional following and Selfors was advised to avoid lots of changes. “But then I realized that I needed to put my own stamp upon the store, and it now looks totally different. It’s me. I love it. And I hope others do, too.”

By mid-February, “we were happily humming right along,” she said. “Sales were up. Special orders were coming in. I was having fun stocking the store.” Then the virus hit.

During mandatory closure, the store has filled online and telephone orders. But Selfors is optimistic—and determined—that the aisles will be bustling with booklovers again.

Her initial plan, to work there two mornings a week, remains a goal. “Eventually I’ll build a team and be able to step back a bit, so I can continue my writing career, which is how I earn a living.”

Ranson and Selfors still plan to launch “Braver” at Liberty Bay Books with an online party, details to come. To be added to the “guest list,” email [email protected].

They don’t know if there will be a “Braver” sequel. “That is actually up to the publisher,” she said, “and it all depends upon sales.”

Meanwhile, Ranson is working at the store and writing two books solo.

Next up for Selfors? A graphic novel, perhaps for release in 2021. “And I just started working on a memoir about buying a bookstore.” 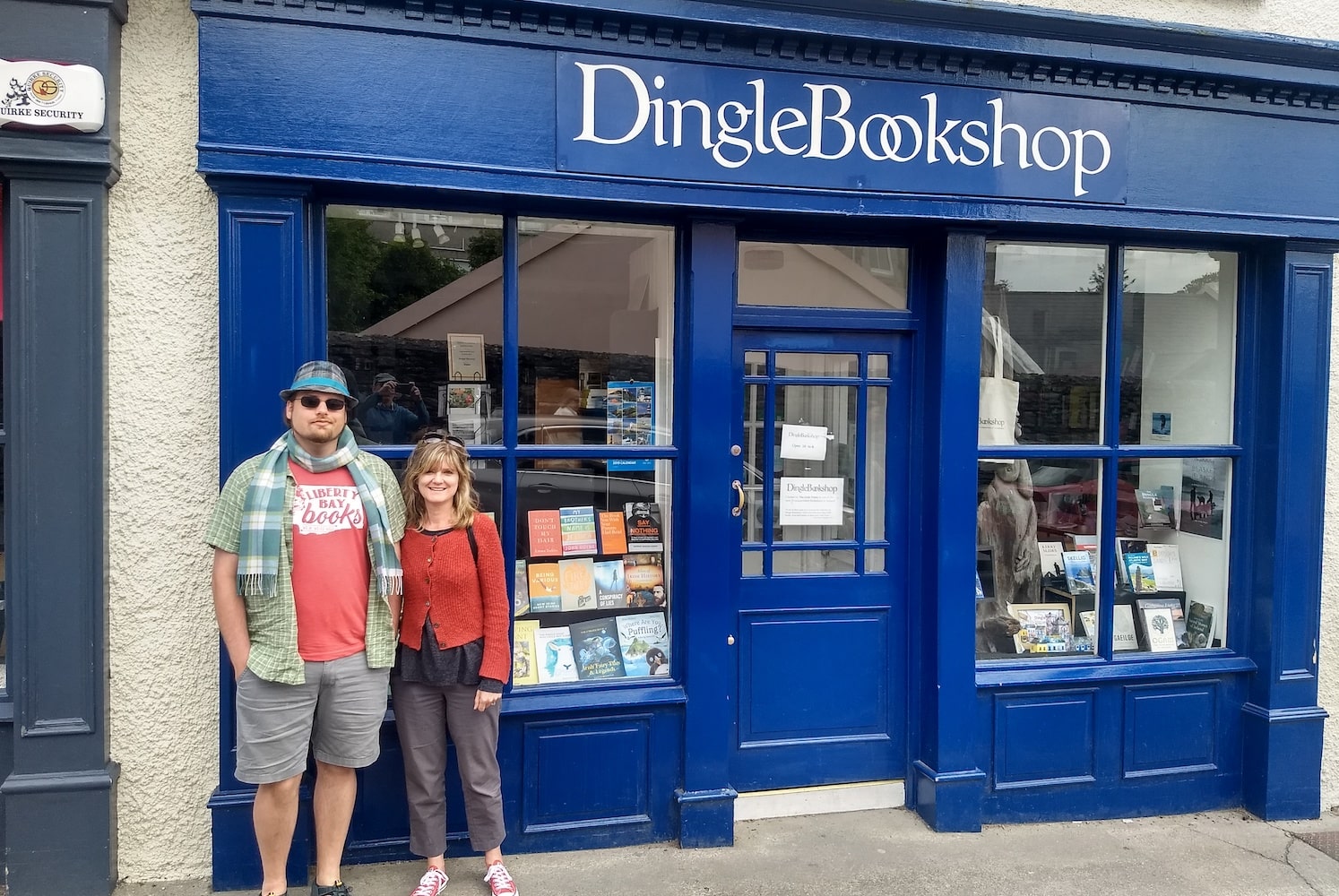