From southerly points on Bainbridge Island, downtown Seattle appears to be just an arm’s reach away. But for people with serious health conditions, that stretch across the sound can be a dauntingly large chasm.

Dr. Berit Madsen, founder of the Poulsbo-based Peninsula Cancer Center, recognized the energy-sapping nature of the ferry commute when she ran the radiation oncology department at Virginia Mason but lived on Bainbridge.

In response, she undertook the task of building a “Seattle-quality” radiation therapy center in Poulsbo—with the hopes of alleviating the stress of daily trips to Seattle for cancer patients who are undergoing radiation.

Dr. Madsen, a Stanford-trained radiation oncologist, knew that some members of the Bainbridge community had a bias toward getting specialty care in Seattle, where many of the heavy hitters in cancer treatment practice.

Setting out to counterbalance this reputation, she brought seven of her colleagues from Virginia Mason to serve as the medical team at PCC. Additionally, PCC maintains strong ties to Seattle’s cancer treatment network, including collaborations with Virginia Mason, Swedish Hospital and the University of Washington Medical Center.

“We want to show people that you don’t necessarily need to go to Seattle for cancer care,” she said. “We’re not an amateur clinic in the
boonies. ”In addition to creating a more convenient and high-quality facility for cancer radiation treatment, Dr. Madsen also crafted a welcoming and tangibly pleasant space.

While most radiation departments in hospitals are housed in the basement, PCC is aboveground and outfitted with many windows, allowing in outside light and giving patients views of the lush outdoor greenery.

Additionally, Dr. Madsen proudly maintains an impressive rotating art collection, some of which is loaned to PCC by Bainbridge Arts and Crafts (BAC). “The art gives it life, ”she said. At the time PCC opened, islander P.C. Harper was part of the art installation crew from BAC.

She helped select pieces to display at PCC that she thought matched Dr. Madsen’s vision of the facility being a place of beauty. “Berit’s vision was a state-of-the-art facility that looked like an art gallery rather than a gloomy medical facility,” Harper recalled The two formed a bond that was further nurtured when every six months Harper and BAC returned to rotate in new art.

So when Harper was diagnosed with a brain tumor last year, she knew that she wanted to make Dr. Madsen and PCC part of her care
team. Just as Dr. Madsen felt in her previous commuting years, Harper found the trips into Seattle for her cancer care exhausting.

And when it came time for daily radiation treatments, she was elated to have a high-quality option in Poulsbo that allowed her to skip the tiring ferry ride.  “I couldn’t go into Seattle for radiation,” Harper said.

“It would wipe me out.” Harper derives tremendous comfort from her visits to PCC. “I’m not lucky to have cancer but I am sure lucky to have Peninsula Cancer Center just up the road,” she said.

She treasures the warm greetings from the staff when she arrives for her treatment. The resident clinic dog, which wags its tail and “asks” for pets when she checks in, doesn’t hurt either.

Dr. Madsen is also proud of PCC’s engagement of nurse navigators who help cancer patients coordinate what can be very complicated care. The navigators make calls to the other practices that are part of patients’ cancer care and to help schedule their appointments.

Every Wednesday, Dr. Madsen engages a multi-disciplinary team that includes a breast surgeon and medical oncologist to discuss breast cancer cases and meet with patients in a consolidated manner to discuss their treatment.

Dr. Madsen and her colleagues see patients from all over the northern Kitsap region, ranging from Port Townsend and Port Ludlow to Poulsbo and Bainbridge Island. “I really feel like we are part of all of Kitsap County,” Madsen said.

“It’s a region spanning almost 100 miles. For a small center in a small community, we deliver as advanced care as possible.” 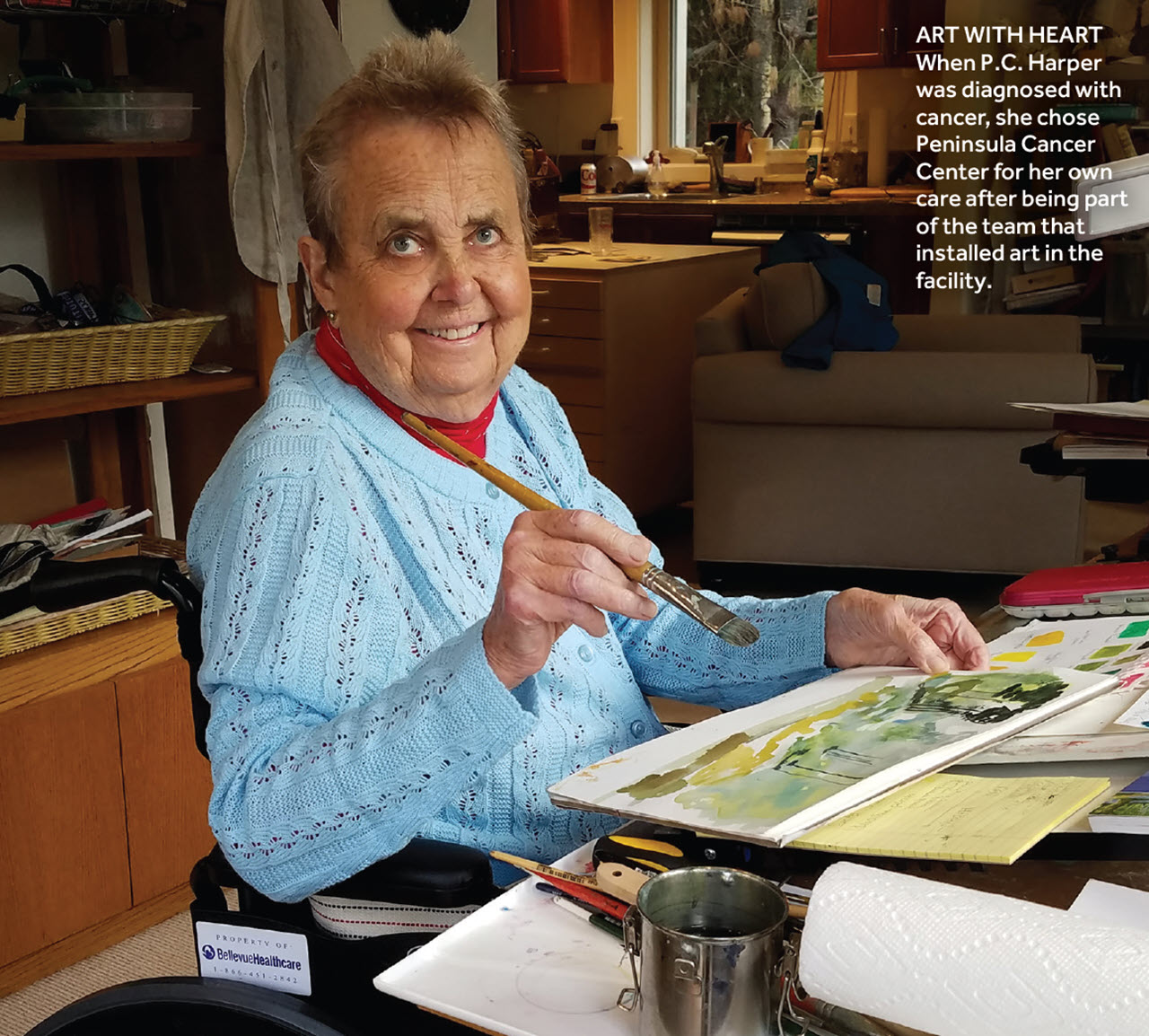 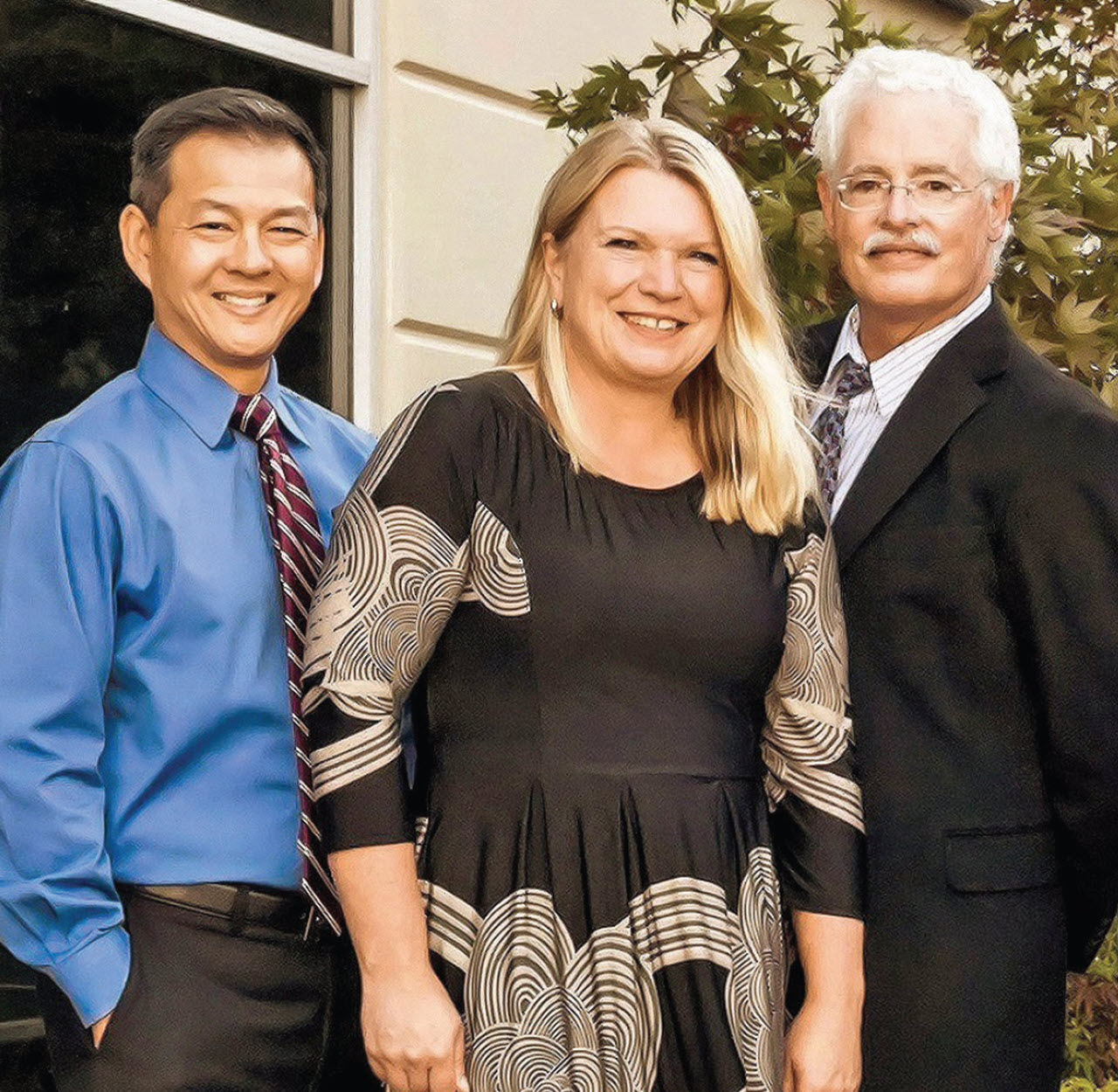