In early 2010, on New Zealand’s South Island, after months tramping trails and riverbanks, I was invited by a local to try my hand at sea fishing. At day’s end, what struck me most wasn’t the rocking boat or the sting of the ocean air—it was the realization that I was seeing the land in a completely new light, with new eyes. The following summer I landed on Bainbridge. After a handful of years biking the island and exploring it by foot, I yearned still to know it better. And then it struck me: If I truly wanted to change my perspective, I’d have to change my perspective.

So last September, emboldened by George Mallory’s famous mountaineering credo, “Because it’s there,” a group of friends—four of us together in two tandem kayaks—set off not to summit Everest, but to orbit the island, paddling by boat. We planned for a two-day trip and until the second morning, approaching the finish line, all had gone as planned, the seas glass flat. We’d cracked our celebratory beers—prematurely as it turned out—when we turned the corner and ran face-first into a strong northeast wind gusting down the Sound.

The stretch from Restoration Point to Blakely Rock was trying. A rudder jammed; a territorial sea lion scared us off course; 4-foot swells crashed over our bows. Experience told us to face into the waves but our destination demanded the opposite. We conceded defeat and turned into Blakely Harbor, tails tucked. The failure ate at us through fall, winter, and spring. So as this past summer approached, we checked the tides for another attempt. Thankfully, July 3 was calm and sunny, and again we departed Eagle Harbor. The seas were agreeable and we cruised easily past Manitou Beach and Skiff Point on our way to a lunch stop at Fay Bainbridge Park, where during the workday I had often taken breaks.

The tide with us, we cruised through Agate Pass and caught sight of Battle Point far off in the distance. I had been there a few other times and thought about the sea-run cutthroat trout I’d caught from shore, wondering if perhaps the point fished better from boat. Point White was another lengthy leg southward. We identified friends’ houses and familiar stretches of beach as we paddled by, and I picked out the end of the Gazzam Lake-Close Beach trail, a place I’d picnicked the summer before and where a few others now sat and ate. It was cocktail hour as we passed Crystal Springs, folks relaxing on decks, drinks in hand. We reluctantly turned down a few tempting shore shouted invitations, knowing we still had water to cover.

Having timed our journey well, we eased through Rich Passage on the outgoing tide. We watched the Bremerton ferry perform its pinpoint turn off Lynwood Center and in the distance saw the distinctive white barracks on the lawn at Fort Ward. In view of Toe Jam Hill, I told my mates about a failed ascent on bike. The hill didn’t look nearly as daunting from sea as it did from land, but I assured them it was very, very steep. We counted out sets of 100 straight paddles to our night’s camp, where we watched the sun set over the Olympics.

The next morning we made good time past South Beach, mighty Rainier looking down on us. With Restoration Point now in view, I cringed as an eerily familiar breeze picked up. To our relief however, we found the Sound quiet. We stopped at Blakely Rock, a bald eagle perched nearby, as our fears of a rough paddle dissolved into the water’s depths. We laughed our way into Eagle Harbor and waved to the passing ferry. Seals and herons greeted us as we rounded the corner past Pritchard Park and, suddenly, the day felt too short. With relief, satisfaction, exhaustion and nostalgia all wrapped into one, we stashed our kayaks and headed to the Pub for the celebratory beer we’d waited on all year.

Although Bainbridge isn’t very big—and it doesn’t take long to drive from end to end—paddling its perimeter lends a new appreciation for the rock. The dynamic vantage point of the swirling shoreline waters emphasizes the island’s unmoving nature. For me, it’s good to remember that the familiar way we see something every day is not the only way to see it. 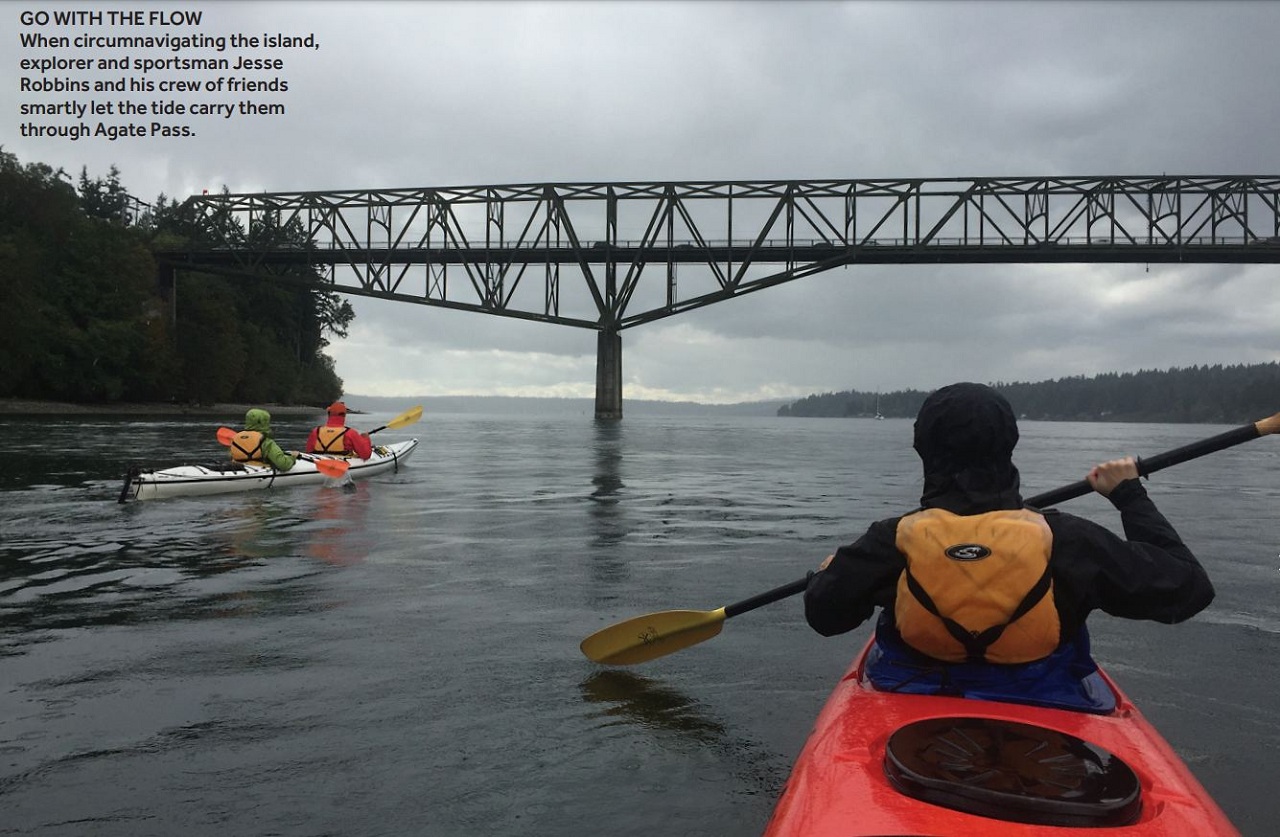 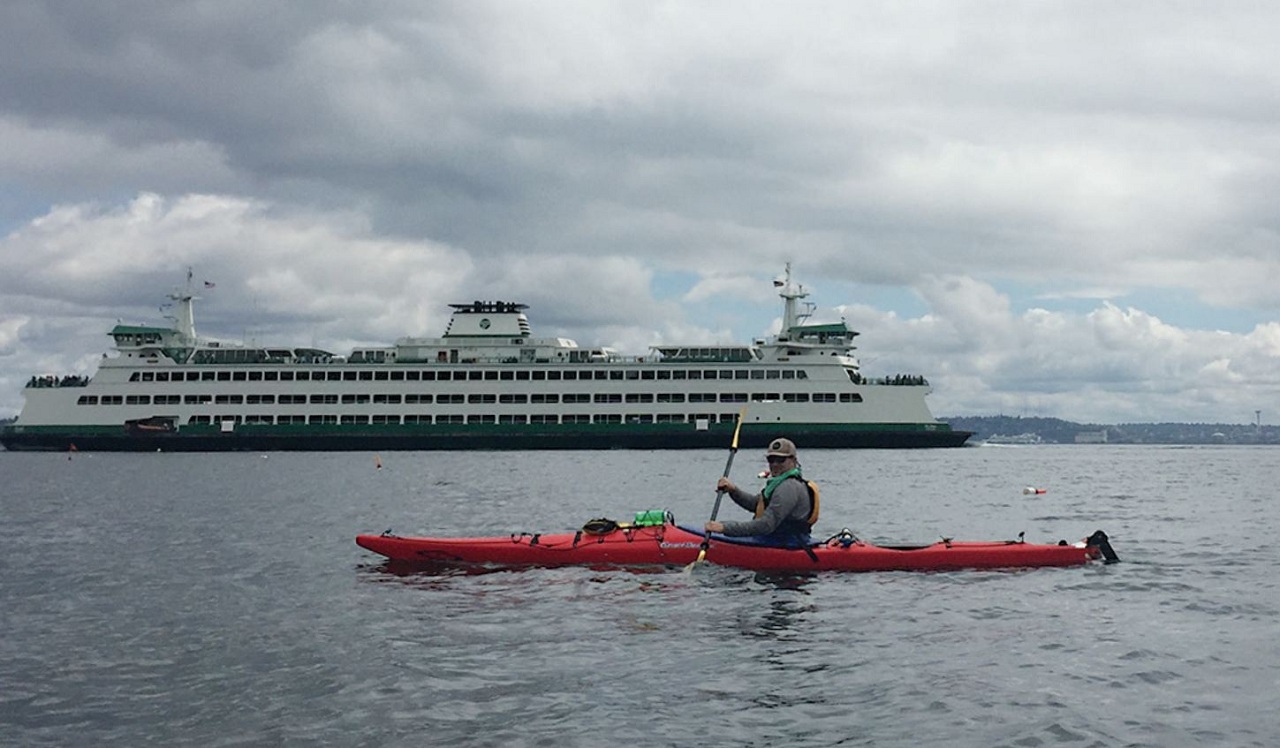 Sailing the Salish // Lessons Learned on the High Seas