Here in the Northwest, many of us spend a large part of the year in the dark. We rise in the dark, we come home in the dark. For many months, the light switch is our lifeline. But for millions in the developing world, there simply is no light switch.

Daytime is the only time to get anything done, from housework to homework. Food, water and shelter are needed to survive. But to thrive, we need light. After extensive travel in the developing world, island father and daughter Andrew and Jo Lonseth became conscious of the impact living with more daylight could have.

That realization inspired them to join family friend Kelly Sampson to found Extend the Day back in 2009. The small nonprofit provides portable solar-powered lights to schools and families in remote corners of the world. By2013, Extend the Day piloted its first project of pre-manufactured lights, and in 2015 delivered its first shipment.

“I traveled a lot with my parents,” Jo said. “We went to remote areas, where food was continually on the verge of running out, and fresh water and electricity was hard to get.” Jo witnessed many families using kerosene for cooking and indoor lighting, a dangerous practice that’s hazardous to health.

“I’ve sat in many huts full of kerosene smoke. It burns your lungs and hurts your eyes. You can’t get a full breath of air the next day,” Jo said. The Lonseths wanted to do something small that had a big impact. Delivering fresh water seemed too challenging and not achievable on a small scale.

Delivering 280 lights in a 50-pound box (which can be carried in the luggage of an adventure traveler), conversely, seemed doable. In particular, the father daughter team wanted to help the youth in those remote areas.

“When we traveled in the Third World, we saw so many kids who were the hope for change, but they didn’t have the opportunity,” Andrew said. In many of the countries the Lonseths visited, they saw how difficult the leap from elementary to high school could be scholastically, and what a critical point it was.

“If you can stay in school, the odds are you’ll be able to get a real job with a real future.” That’s where Extend the Day comes in: more light means more time to study. Local buy-in and cooperation is critical to the success of any small nonprofit operating far from home.

So is the need for a concrete mission and the ability to pivot from that mission when it makes sense. While the lights were meant for reading and studying, the Lonseths found they also helped kids walk home in the dark. And when an earthquake hit in Nepal, they answered the call to provide some of their solar-powered lights.

“When you have something that works without electrical power, how could you say no?” Andrew said. But in the main, Extend the Day is about providing light for learning, a mission they’ve accomplished in places like Myanmar, Namibia and Bangladesh.

Most recently, they’ve partnered with the Tembea Youth Center for Sustainable Development, an indigenous, community-focused development organization based in Kenya. Tembea came up with the idea of creating environmental clubs within participating schools, then giving the lights to club members.

So far, they’ve distributed more than 900 lights in nine schools in remote villages. Last October, Jo traveled to the area to assess the project. “I spent about a week making sure the local organization was as trustworthy as we hoped.

I wanted feedback on the lights and to be sure the lights were making a difference.” She found that families had stopped using kerosene for light to study by. One student told her, “My eyes don’t burn anymore when I read.” One boy had even taught himself how to repair the lights. Now he wants to be an electrical engineer. “Here he was, in the middle of nowhere, and this light has changed his path.” 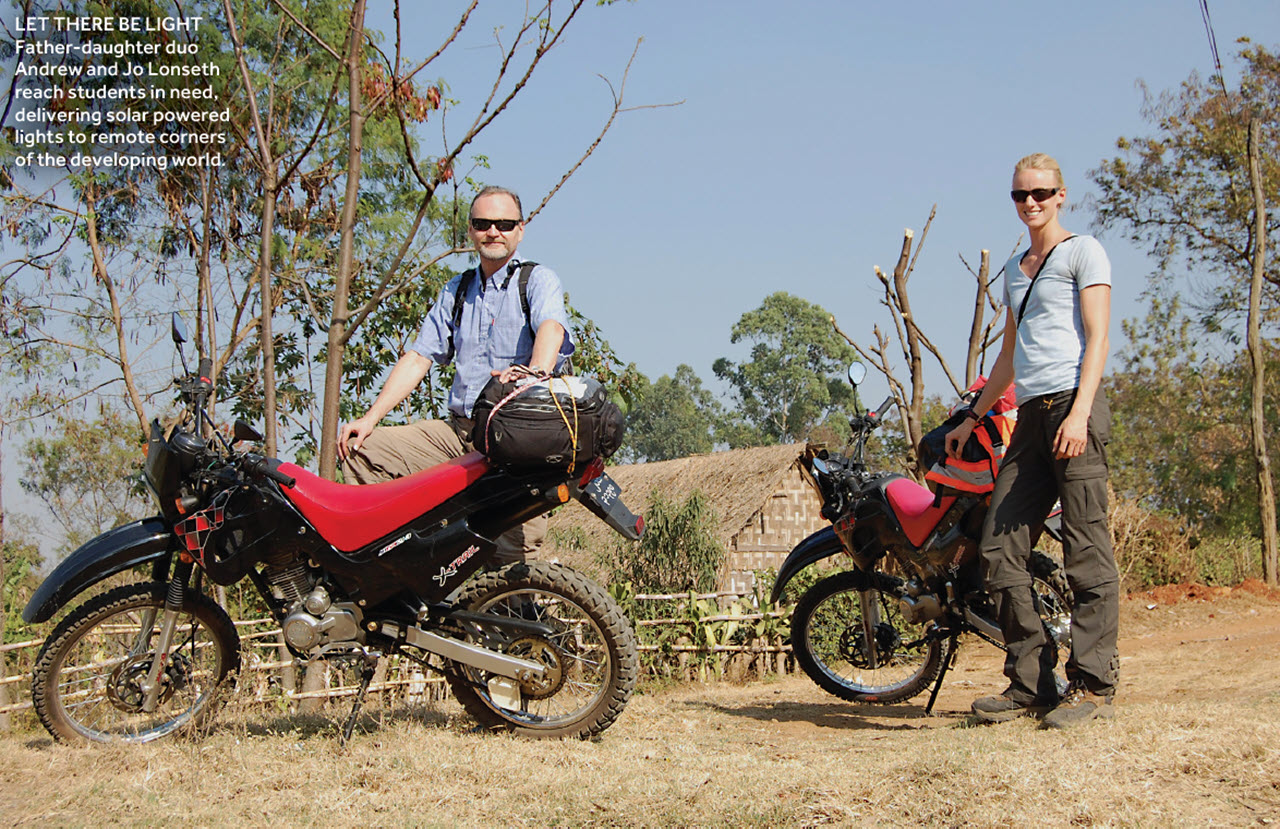 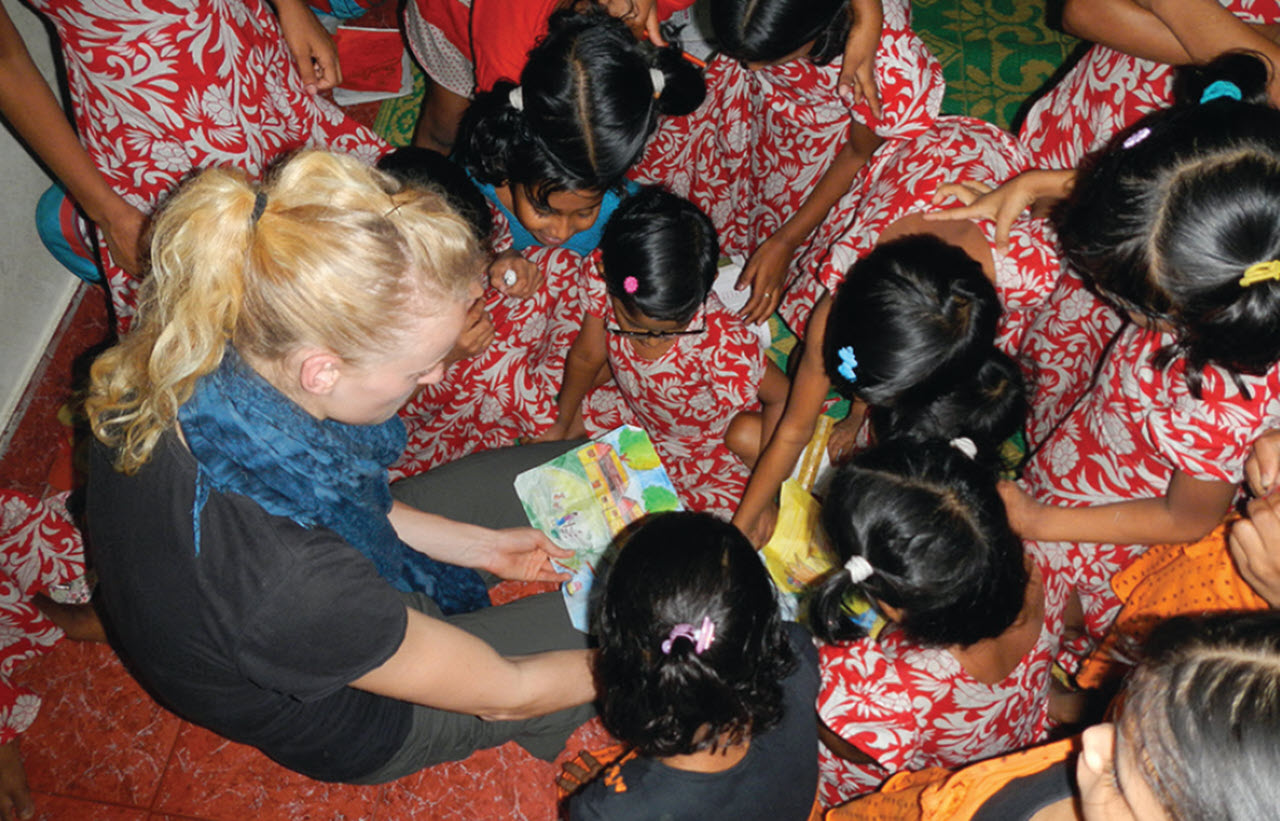