Senji Kanaeda walks the walk. The Buddhist monk can often be seen striding the island in gold and white robes, chanting, and beating a small handheld drum. His order believes in fostering world peace and alleviating suffering through walking, chanting, drumming and erecting peace pagodas around the world. Kanaeda holds twice-daily services at the Nipponzan Myohoji Buddhist temple, a striking structure featuring a lavish multitiered altar, hidden among the pines near the summit of Bucklin Hill.

Where did you grow up?

I was born in Japan on the same island where our founder monk was born. My hometown is centered between Hiroshima and Nagasaki. I studied geography and history at the University in Tokyo. After graduating, I became a high school teacher and taught for 10 years.

How did you become a monk?

I wanted to be involved with peace through religion. The first time I joined a long peace walk was in 1994, a 9-month peace walk from Auschwitz, Poland, to Hiroshima, Japan. When I returned to Japan I was ordained.

We are focused on society and social engagement. Through our practice and action and prayer, we want to create more peace and tranquility in the world.

What brought you to America?

My original idea was that I wanted to live in India. It was very late that I came to the United States for the first time, but once I came here, I never missed the chance to come every year. I felt a connection with the American people and with monks and nuns in America. America is a good place to do our practice. It is very significant for praying for peace, because America has both power and potential. Power means the power to continue war and I want to believe that this power is chained to the power to initiate peace. That’s my wish because I know the wonderful people here.

The previous monk in charge asked me to consider Bainbridge Island if I wanted to move to America. When I moved here in 2003, this temple had been empty for 15 years. I didn’t know anything about the island in those days. I am Japanese, but I didn’t know the Japanese-American history here. Maybe the best place for me was the place I didn’t know.

When somebody sees you walking, what do you want them to know or think about?

Someone may question why a Buddhist monk is walking on the road praying for peace. If people feel something comfortable or good, that’s my expectation. I am humble in my expectations.

The phrase you chant, Namu Myoho Renge Kyo, is said to contain all the Buddha’s teachings within its seven syllables. What does the mantra mean to you?

We don’t usually explain the meaning of the phrase Namu Myoho Renge Kyo. It is almost untranslatable. I still don’t know why I say it. I’m still seeking the reason. I could explain it logically, but I still wouldn’t catch it completely. Sometimes I feel it may be, “Let us be Buddha together, not alone.” Otherwise, it’s not real. Because if only one gets enlightenment, so what? 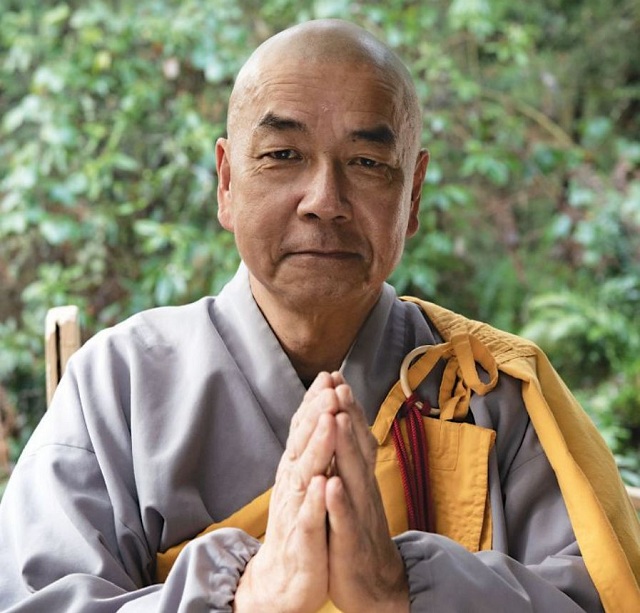 Who Are the Buddhist Monks Walking and Drumming Around Town?

Why Do We Have So Many Power Outages?