Bainbridge Island native Zach Ingrasci lived a fairly normal “islander” life growing up. He was involved in extracurricular activities like sports and art and enjoyed an overall comfortable and privileged lifestyle. Little could he imagine he would end up spending two months living in a rural Guatemalan village on an average daily income of $1, or spending a month living among displaced Syrian refugees in the Middle East.

But as co-founder of Living on One, a nonprofit production and social impact studio, Ingrasci has made it his mission to use immersive storytelling to raise awareness and inspire action around issues of extreme poverty. By creating films that tell the stories of Guatemalan villagers and Syrian refugees, he aims to connect viewers to these people and create impact campaigns that make a difference in improving their lives.

After graduating from Bainbridge High School in 2008, Ingrasci went on to Claremont McKenna College in California to study economics and international relations. It was there he met Chris Temple, who became a co-founder of Living on One. They were both involved in a network that connected students with opportunities to do work in sustainable development and microfinance. Ingrasci was intrigued by this exposure to development work and wanted to do more. But he realized he had little personal experience or connection to people living in extreme poverty. “Growing up on Bainbridge, I was pretty sheltered from that world,” he acknowledged.

So he and Temple devised a plan to immerse themselves in the reality of living in extreme poverty. During the summer between their sophomore and junior years, they traveled to Guatemala to try living on an average of a dollar a day for 56 days. Ingrasci recruited two of his Bainbridge buddies, Sean Kusanagi and Ryan Christoffersen, to join them and help document the experience through video. They eventually converted their YouTube clips into a full-length documentary film, “Living on One Dollar,” which they completed in 2012.

Although the film highlights the group’s experiment with living in poverty, it also focuses on their neighbors in the village of Peña Blanca who are finding ways to survive on so little. “We knew we were never really going to be able to replicate poverty, so it really was the stories of our neighbors who informed us and inspired us,” Ingrasci said.

The most empowering thing he took away from the experience was realizing that small changes, such as microfinance loans that enable people to start their own businesses, can make a huge difference. One villager they met, Rosa CojBocel, was forced to drop out of school in sixth grade, but by securing a small loan she was able to start a weaving business to pay for her studies and work toward her dream of becoming a nurse.

Following graduation from college, the team of Ingrasci, Temple, Kusanagi and friend Hannah Gregg took their film on tour, traveling to 20 cities on a 1978 school bus. Along the way, they built a national audience and even picked up a few film festival awards. They launched on Netflix and continued to raise money to give back to their Guatemalan neighbors. “Within two months we were able to raise over $200,000 for microfinance loans and for educational scholarships within the village,” said Ingrasci.

Building on the success of their film, Ingrasci, Temple, Kusanagi and Gregg launched their nonprofit. “We wanted to continue making films and educational series that not only create awareness in the world but were going to create real impact as well,” said Ingrasci.

They will soon be releasing a new film, “Salam Neighbor,” which documents their month-long experience living among Syrian refugees in Jordan. As they did with their first film, they intend to provide tools to engage people to take action after watching the film. The trailer for “Salam Neighbor” will be released to coincide with World Refugee Day on June 20.

A recently completed project is a short film on Rosa, the Peña Blanca villager featured in “Living on One Dollar.” The new 12-minute film, titled “Rosa—These Storms,” made its world premiere at the Seattle International Film Festival on May 24.

Although this might not have been the career he envisioned for himself growing up, Ingrasci couldn’t be happier with what he’s doing. “I really love the work,” he said. “I find it to be meaningful, I get to be creative, and I get to apply my knowledge of economics and international relations to real-world projects.”

For more information, go to livingonone.org. 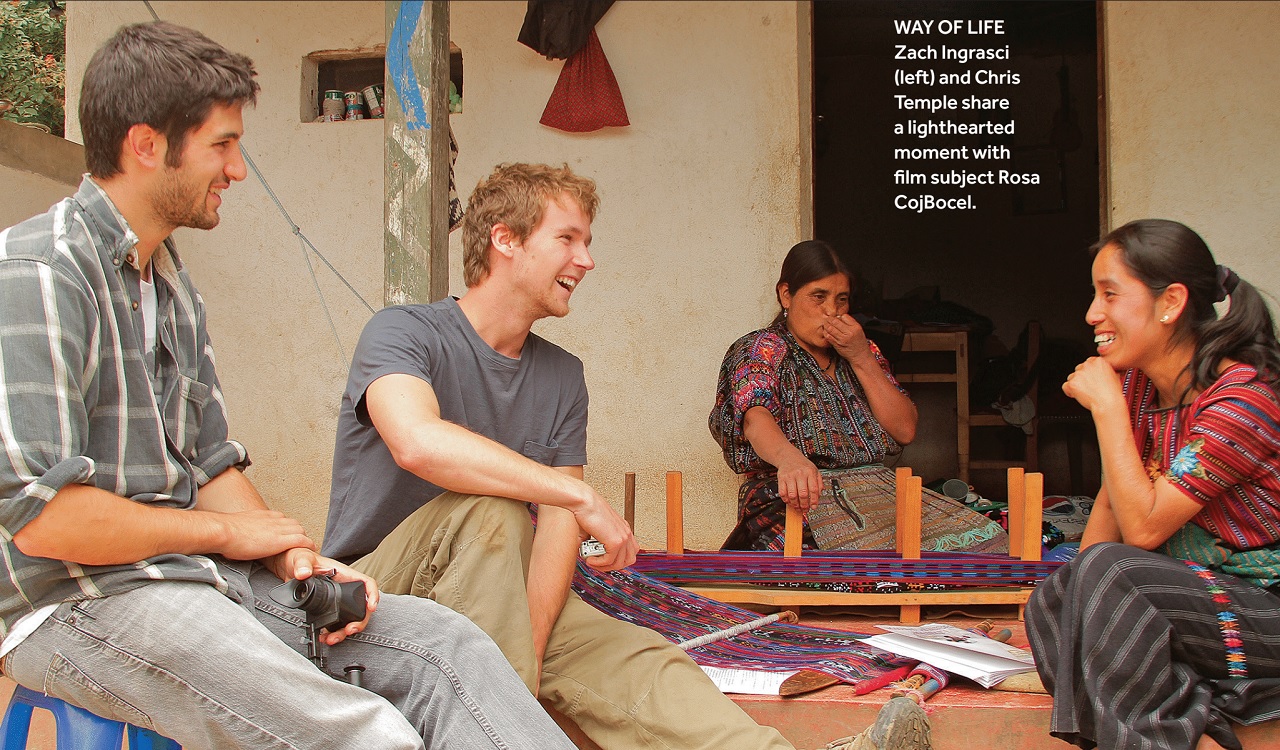