Something Out of Nothing // A Tale of Creativity, Innovation and Power Tools

Combine mechanical and engineering skill with a creative drive for color, shape and light and you get Blackmouth Design, an island-based retail designbuild firm. Founded by Rich Batcheller, Blackmouth creates custom display works for recreational and athletic retailers like Nike, Filson and Emerald Water Anglers. But they don’t stop with retail interiors. Batcheller and his team can (and will) make anything. Share a general concept, a simple drawing or even just a vague conversation, and Blackmouth can build it. “Our business model here is kind of nuts,” said Batcheller. “We don’t make just one thing; we make totally rando weird stuff.” Only if you count something like a 10-foottall energy drink can replica totally “rando.”

They got the call on a Thursday for the unique display item and had to finish it by Monday. Fast workers, the Blackmouth team met the incredibly short deadline and built not only a perfect replica, but also a custom cart that would hold it steady while it was transported to Microsoft. The can weighed in at 800 pounds and incorporated internal layers of wood with a graphic wrap outside to mimic its 12-ounce inspiration. “We basically made it like the Spruce Goose, the massive eight-engine flying boat designed by Howard Hughes,” Batcheller said. Batcheller’s business started small but he eventually acknowledged the need for a larger workspace when, after spray painting a new creation in his own garage, he realized he’d accidentally painted all his kids’ bikes white.

Originally based in Portland, Oregon, the company continues to grow, recently taking over Coyote Woodworking’s former shop space in the Day Road industrial park near Highway 305. While Batcheller works for some large, international corporations, his group also offers creative solutions that small businesses can appreciate and afford. Store owner Matt Otepka of Bainbridge Island Outfitters + Depot in Lynwood Center praised Batcheller and his ability to take ambiguous instructions and build exactly what he wanted but couldn’t articulate.

“Working with Rich and those guys was an amazing experience,” said Otepka. “He listened to everything I said and translated my jumbled vision into something real. It’s just amazing we have a resource like him on Bainbridge Island.” What began as a completely unfinished space in Pleasant Beach Village is now a shabby-sophisticated outdoor adventure and gear store. In addition to big and small retail store projects, Batcheller is currently working on a community improvement goal: affordable, durable housing to address the homelessness crisis in the Puget Sound region. Batcheller and his team have created a geodesic dome made of plywood. The domes can be built easily, transported efficiently, and are simple to take apart and reassemble in different locations.

“We wanted to make something that has meaning,” said Batcheller. To showcase their project, the team set up a prototype dome at Fay Bainbridge Park over Memorial Day weekend. The 10-foot model slept eight people and a dog, with three hammocks and four cots. In a remarkable moment of serendipity, an employee of a government agency tasked with the homelessness issue camped at the park that weekend. The chance meeting has led to a potential collaboration to address a community need. Seattle’s King 5 News and other news outlets are also reporting on the dome project.

Meanwhile, Filson has the Blackmouth team developing designs and displays for two stores in Toronto and Columbus, Ohio, and once again, they’re under time pressure. “I love the challenge,” said Batcheller, “and the camaraderie. We get a call and suddenly we need 20 people and there’s that buzz in the shop with everybody hustling and helping.” Sounds like a good time to seek refuge in a hammock in a quiet dome. 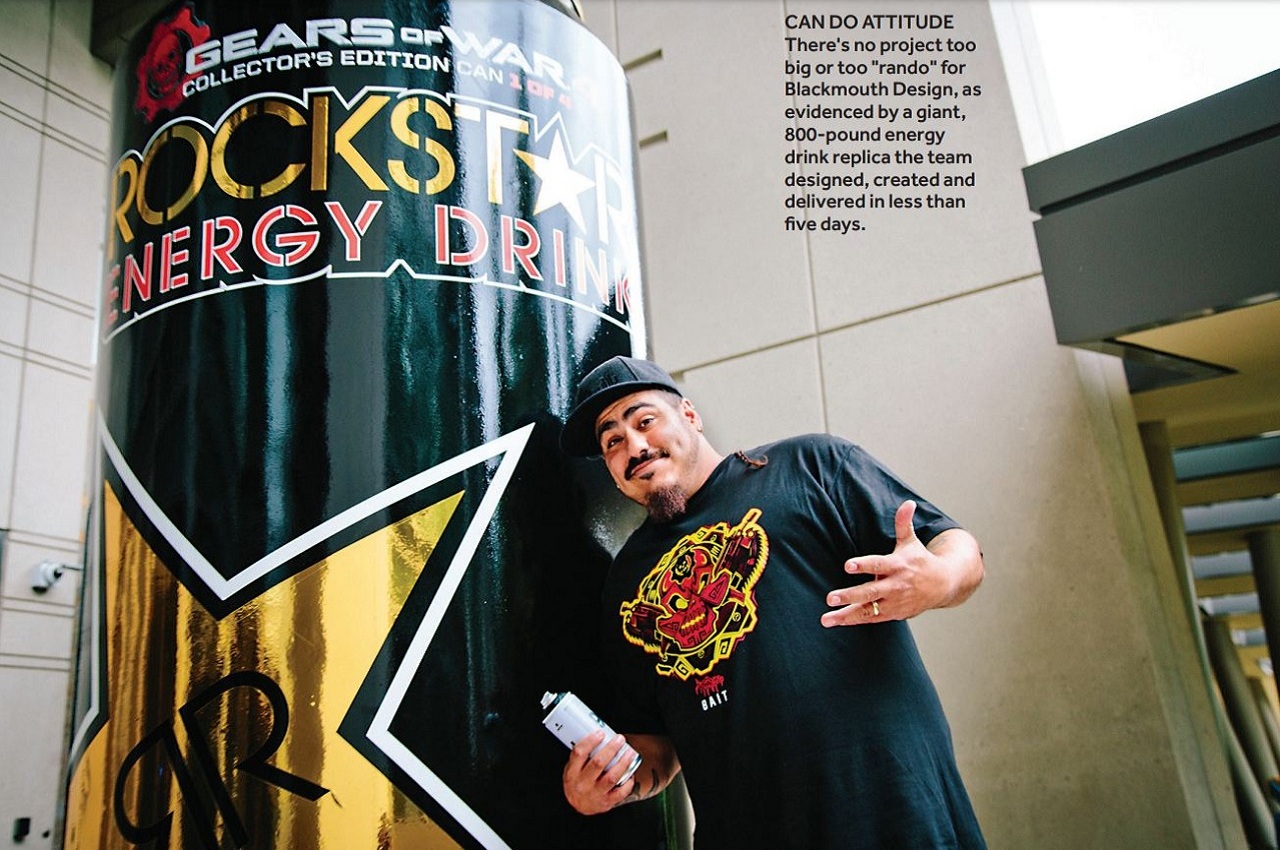 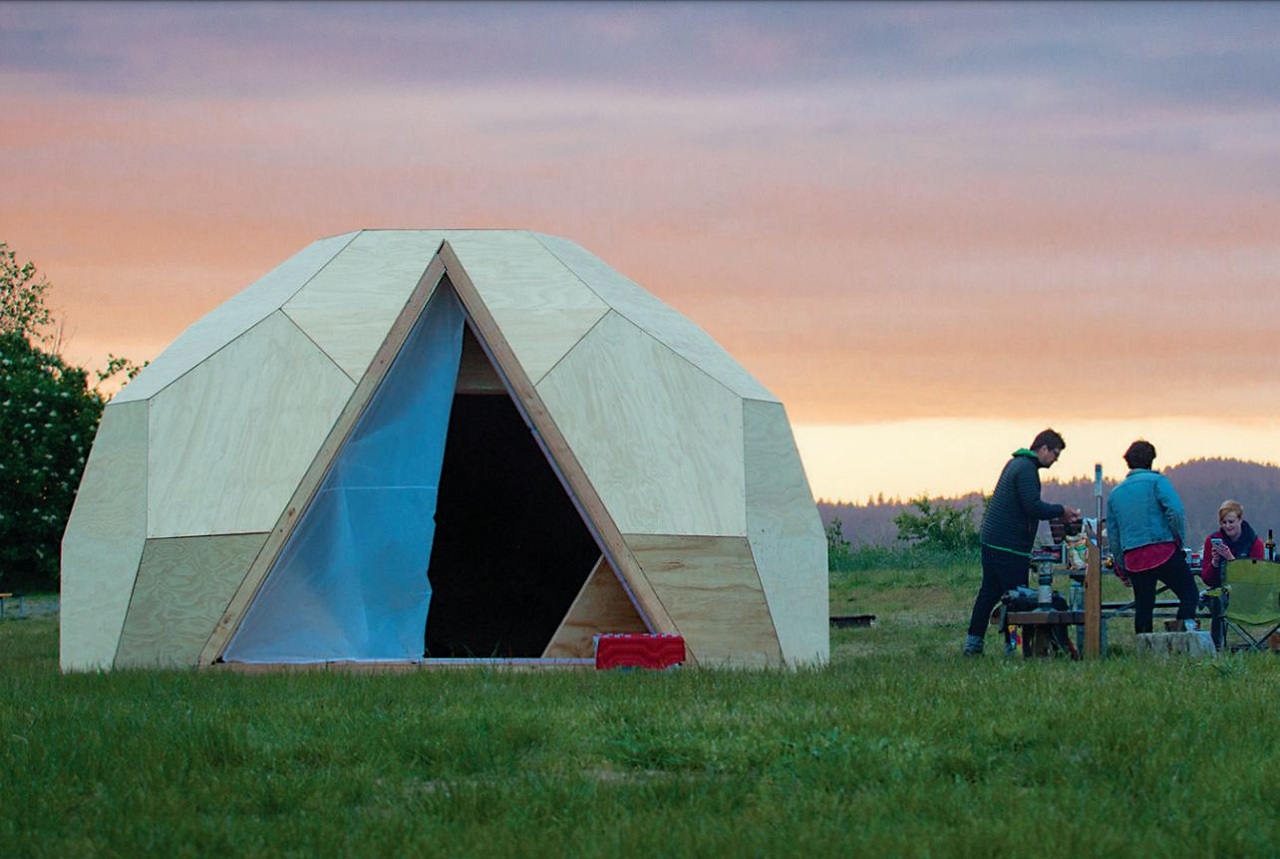