If you go to the Madison Diner, you might notice a smaller version of the 1950s-style restaurant atop one corner of the bar. No, you haven’t entered a strange Twilight Zone-esque multi-dimensional fantasy where each layer of reality contains a smaller version of itself in a display case. It’s a Lego model of the establishment, built by islander Carlyle Livingston II.

“That one was a gift,” Livingston said. Many such remarkable pieces he admitted were made “just for fun,” though several of his designs
have been sold.

The unlikely sculptures range from reproductions of island residents’ homes to a model of the Space Shuttle on its crawler. Inarguably impressive, the colorful creations are almost all his original designs.

Plastic block effigies fill Livingston’s garage studio, Lego-filled shelves stacked nearly to the ceiling. Sitting conspicuously in the studio’s center is a particularly notable example of Livingston’s work—a 5-foot long replica of the Bat Cave, famed lair of Bruce Wayne’s crime-fighting alter ego. Originally constructed for Emerald City Comicon in 2012, it ended up going viral, garnering over a million hits on its Flickr page. It took him and a friend, Wayne Hussey, three months to design and build, and ended up weighing a hundred pounds.

“We estimated there were about 20,000 pieces in there,” Livingston said, which, as anyone with some Lego building history will testify, is a heck of a lot of pieces. The project led to interviews with Time and the NY Daily News.

For Livingston, the Lego sculptures are a more recent vocation. Most of his career was spent working as a model maker and miniature effects supervisor in the film industry. His projects include “The Italian Job,” “Behind Enemy Lines,” “Star Trek,” and “Alien,” just to name a
few. Though known for his miniature effects, he once helped construct a 40-foot catamaran used in the 1989 film “Abyss.”

Over the years his job slowly evolved with the advent of digital effects technology, his focus shifting toward design. In addition to films, he has worked in television, commercials and aerospace modeling and even helped design theme parks in the U.S. and Japan.

Still, “there’s nothing quite like Legos,” he said. “They’re probably one of the best things ever invented for kids—or adults for that matter.”

As you might expect, he started playing with them as a child, but then picked up the hobby seriously in 2007. Originally, it was a way to build models “without the fumes and dust,” but it soon turned into a passion of its own. And he’s not the only one— a whole organization for Lego constructionists in the Seattle area (SEALUG, Seattle Lego Users Group) meets several times a year and holds an annual convention.

Today Livingston spends most of his time designing apps, video editing and doing other freelance design work, including most of the projects at Rory’s Custom Fabrication metal shop on the island.

And while his medium might be unique, he is not alone in being a talented artist residing in the area. Livingston said that he meets a lot of people doing interesting work just at the metal shop, and this seems to be a recurring pattern: You go to a local café and see an amazing art display or discover a sculpture standing in an unexpected place, and you realize that the island’s talent runs deep.

When it seems so much of our lives takes place online or is spent with a glowing screen, Livingston’s creations remind us that some things are still best done the old-fashioned way—building by hand, one piece at a time. 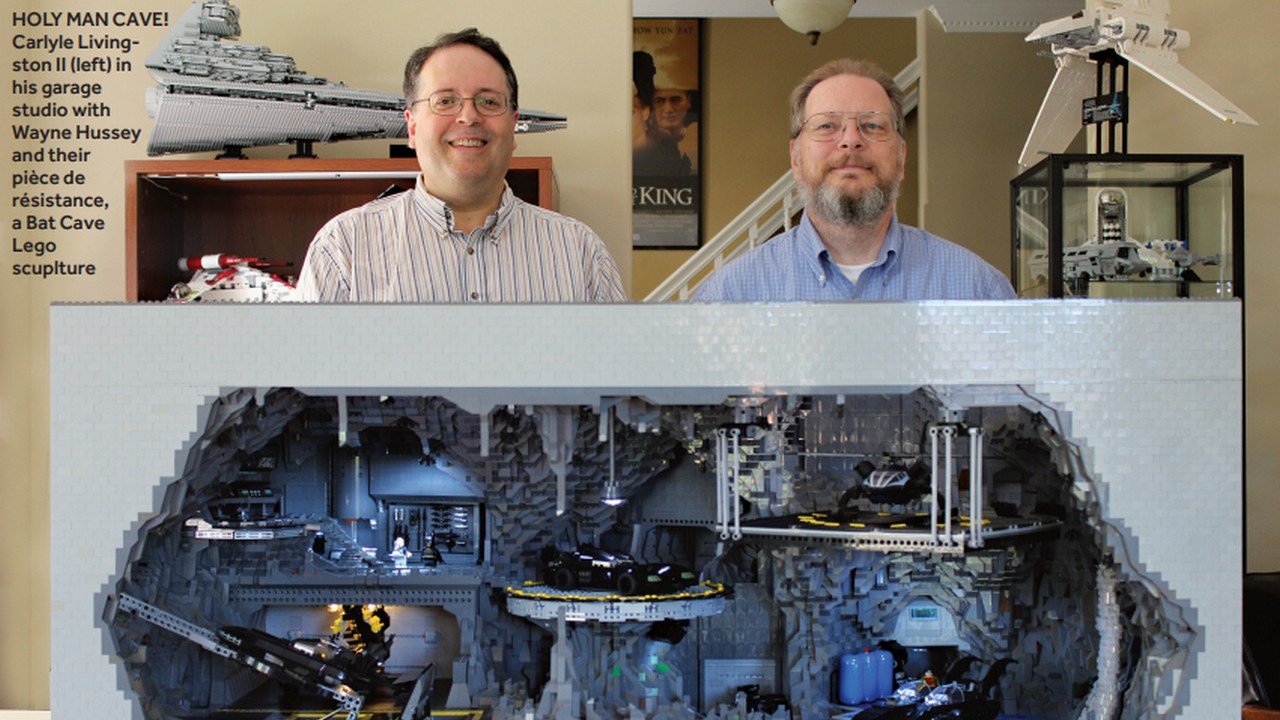 Life by Design // An Apparel Designer’s Path of Purpose