International Photographer Neil Rabinowitz has seen and done a lot, a very great lot, in 40 years. His work has taken him to nearly 100 countries and appeared in National Geographic, the New York Times, Sports Illustrated, Outside, Men’s Journal, Time and Newsweek, among many others. He stopped counting eight or nine years ago after his 2,000th magazine cover. Rabinowitz’s road to becoming an acclaimed photographer was a circuitous one—dipping, zigzagging the globe far and wide from our tiny island—yet despite all the travel and the world’s vast allure, he’s called Bainbridge home for nearly all his career.

After moving here in 1980, he and his wife, Beth, chose to stay on the island—even though it was far from many of his assignments—because they felt it was the best place for a family. They raised their two sons, Chad and Cole, here. Before becoming a full-time photographer, Rabinowitz raced and cruised around the world on sailboats, and at one point was even asked to join Jacques Cousteau’s Calypso crew while on a research vessel in the Caribbean. “I never thought I’d make photography my career,” he said. “I started by photographing boat races, submitting on spec, and got assignments right off the bat.” His marine photography has figured prominently throughout his career—Rabinowitz has shot hundreds of yachts for magazines (including super yachts over 500 feet long) covered sailing races around the globe and completed numerous ocean crossings.

The marine world also allowed him to experience a myriad of unique locations, and while on assignment he would “shoot anything noteworthy.” That repertoire has long since expanded into the arenas of adventure, sport, lifestyle and travel photography. He has covered the Olympic Games, rafted many of the planet’s wildest whitewater rivers, shot multiple America’s Cups and the Indy 500, strapped in for air-to-air shoots, and photographed some of the world’s most exclusive resorts. Still, the wild, remote and untouched regions he has documented endure as his more memorable experiences.

“My most rewarding shoots are in exotic places where I embed myself in the landscape.” He talked about his first descent of British Columbia’s Klinaklini River for Men’s Journal. The crew flew a floatplane and two helicopters that held three rafts and two kayaks into a remote lake and spent two weeks descending Class V rapids. At times they portaged a full ton of gear over mountainsides to complete the journey. Rabinowitz’s photography has afforded him a lifetime of breathtaking adventures to see the world in a way he wouldn’t have otherwise. It has also allowed him to witness its changes over the years.

“I remember landfall on one South Pacific island,” he said. “It was really out there. Remote. You get to the village and locals would emerge with gifts and celebrate your arrival with a dance and feasts. They’d take you fishing and night diving with underwater lights illuminating the reef. “Now, you go back and see no one, and you realize they’re all in one hut around the TV, watching [the soap opera] ‘Santa Barbara.’ You can mark that as the end of an innocence, the end of a culture.” His own profession has not been immune from evolution either. He used to spend thousands of dollars of film on a given assignment, but technology has now proliferated the craft, with nearly everyone’s phone containing a quality point-andshoot digital camera.

“Photographers used to be a rare breed that would go out and do whatever it took to get great pictures, live by the seat of their pants, be resourceful, moving mountains to get the right light in the right place,” Rabinowitz explained. And where there used to only be a dozen or so in the inner circle of adventure or marine photography, nowadays “everybody is a photographer submitting pictures.” When asked what separates him from others in the field, he said, “I get up early. It sounds simple, but that says it all. I tried harder and always delivered. That’s how I built my career.” 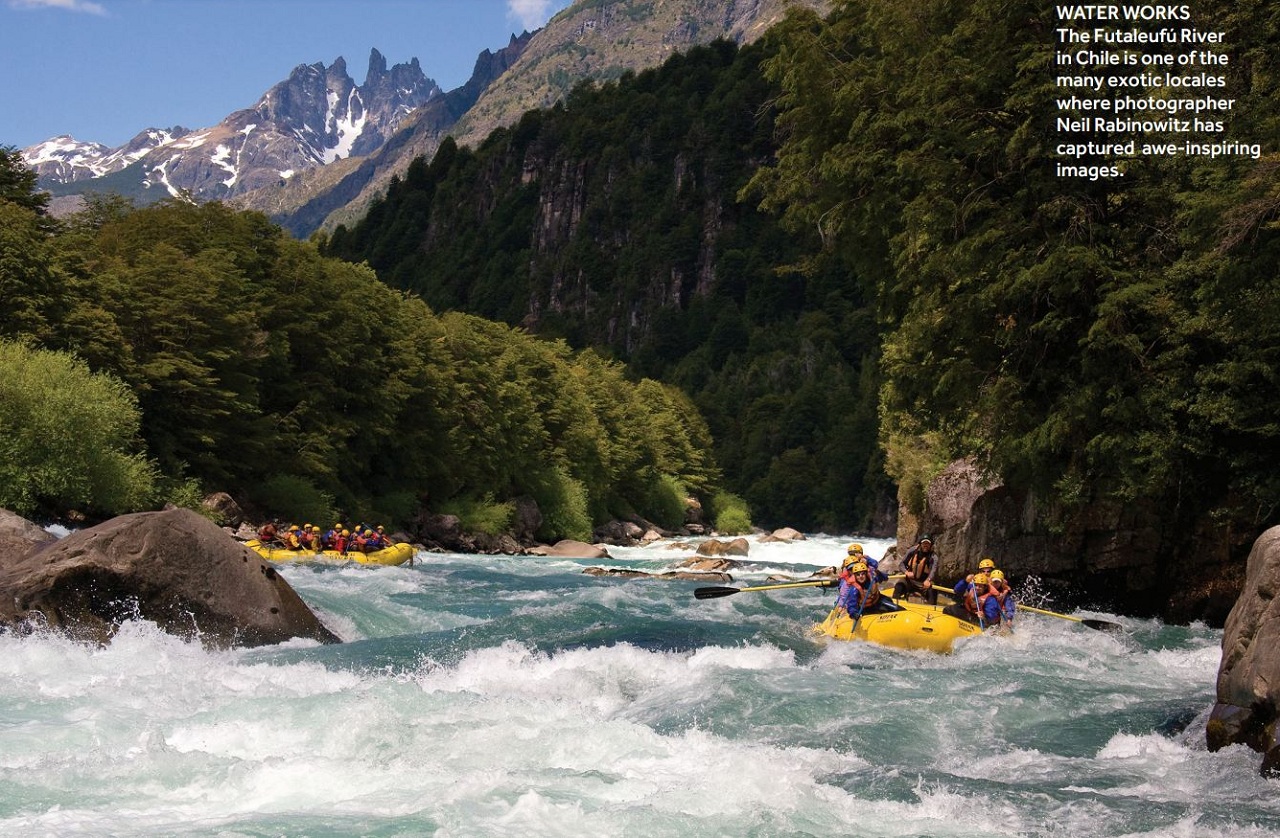 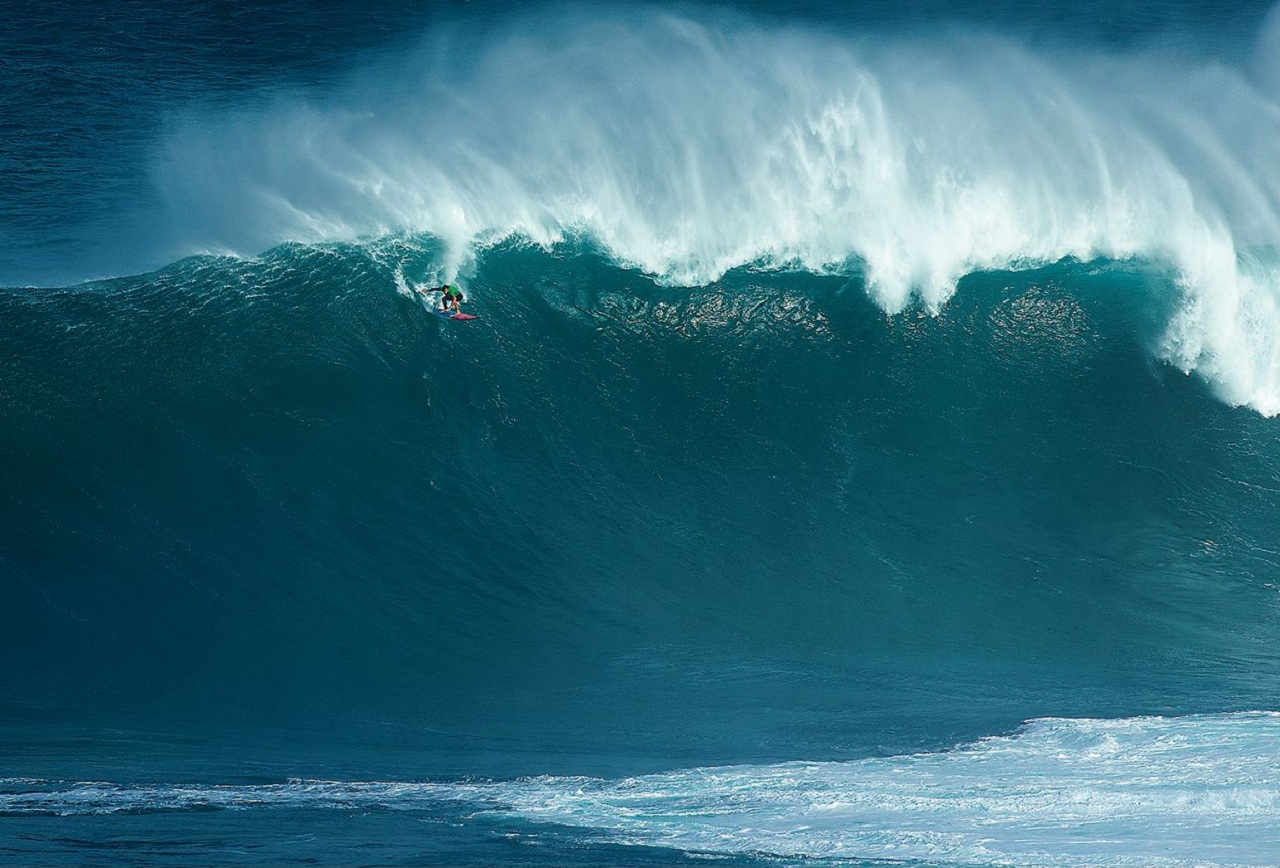