Pritchard Park encompasses a fifty-acre site located on Eagle Harbor located across from the Seattle – Bainbridge Island ferry terminal in Winslow. This is a legacy park in the making, and is prominently positioned on Eagle Harbor’s southern shore. The site is notable for its varied topography, its many natural features—including nearly a mile of shoreline—and its backdrop of upland forests. There are unique vistas overlooking water, including a scenic expanse of downtown Seattle. Important also are the story-telling opportunities relating life and events for Native Americans; World War II Japanese Americans whose lives were the nation’s first to experience the effect of federal internment evacuation orders; as well as of stories of prior generations of creosote mill workers whose families once lived in the village at Creosote at this location. The park was purchased is phases beginning in 2004 and the community relied on federal, state, Open Space Bond funding and non-profit donation sources to make purchase. The park is co-owned on the western portion by BIMPRD and the City of Bainbridge, and owned entirely on the eastern half by the City of Bainbridge Island.

There are four portions to this park, two of which have important partnerships with state and federal agencies. Additionally, there are two entrances each with parking for approximately 12 vehicles, Eagle Harbor Drive NE between Taylor Av NE and west of Rockaway Beach Rd NE.

For information on EPA’s clean-up and containment efforts click here. 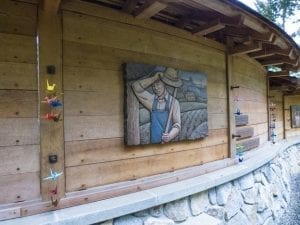 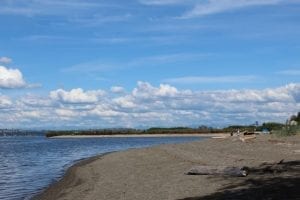 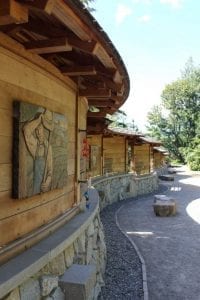