Got Your Goat // It’s All in a Bovidae’s Work

No one warns you about the slippery slope.

It starts simply enough: we islanders love our gardens. We eagerly clear a sunny patch for vegetables, and then another. Next thing you
know, we’re thinking that fresh eggs sure do sound appealing. In comes the chicken coop along with a flock of fuzzy, peeping chicks.

And before long, adding a couple of goats doesn’t even seem all that crazy. It practically makes good sense, right?

Plus, they’re really cute. And funny.

“They love to be petted and they learn their names and they come when you call them,” said local chiropractor Julie Rosenblatt. She and her husband, Dave Kotz, owner of Coyote Woodshop, started down their slippery slope when they offered part of their land to house a friend’s flock.

Their family began to enjoy the goat milk and cheese, but the herd (which had grown from 28 to more than 100 goats) was ultimately moved out of state, so the family decided to get their own. Rosenblatt and her daughters milk the nanny goats twice a day and tend to them in sickness and in health.

Rosenblatt’s medical background proves helpful. “I’ve set broken bones on goats and delivered babies that couldn’t come out on their own,” she said of the ruminants that fit nicely into the family’s environmental consciousness. “We grow a lot of our own veggies and try to be as sustainable as possible, so why not know where the rest of your food comes from, too,” said Rosenblatt.

Rasham Riely-Gibbons echoes the intention for self-sufficiency, explaining her family’s decision to add goats to their garden, pigs and chickens, which already provide produce, meat and eggs. In addition to using the goat milk for yogurt and kefir, she makes goat milk
soap. “Goats are part of a bigger world that we’re building,” she said.

With a property overgrown with blackberry, ivy and salal—tasty treats for goats—Riely-Gibbons saw getting goats as a good trade. “We get the milk and our land cleared, and they eat their favorites.”

Overgrown English ivy also motivated the City of Bainbridge Island to experiment with goats to clear its unwanted vegetation and help restore Blakely Harbor. Goats—rented for short periods of time from Healing Hooves— ate down the invasive plants once planted purposefully for greenery but that eventually became undesirable. The city has been pleased with the impact of the 200-plus ruminants.

Bre Ganne, horticulture manager, has been supervising the goats’ use, saying that in addition to being able to get into tricky spots, “they’re soft on the land.” The cloven-hoofed workers selectively devour ivy, including its roots, while nibbling native plants that will regrow. Goats happily and efficiently munch away, taking the place of hundreds of man-hours, while reducing the use of herbicides. Besides being effective workers, the billies, nannies and kids alike draw an audience. The city hopes seeing the bleating cavicorns at work will increase awareness of their practicality, as well as garner financial support for the harbor’s restoration project.

But before you get too excited about keeping goats, keeping them may in fact present the biggest challenge of all. While portable electrified fencing reliably contains working goats, home hobbyists often suffer escaping goats, or “goat leaks.”

“The babies do parkour,” said Rosenblatt referencing the sport of performing gymnastic maneuvers over man-made obstacles. “They run straight up and over the sides of the stall. There’s no way they should be able to get out, but they do.” Apparently it happens to nearly every goat owner. “My herd has been walked home by the police,” confessed Riely-Gibbons.

But don’t hold their curiosity and adventurous nature against them. Considering the upside to a small herd, it’s safe to predict more and more islanders will succumb to the slippery slope, getting goats of their own.

Lucky that being baaaaaaahd is so darned good. 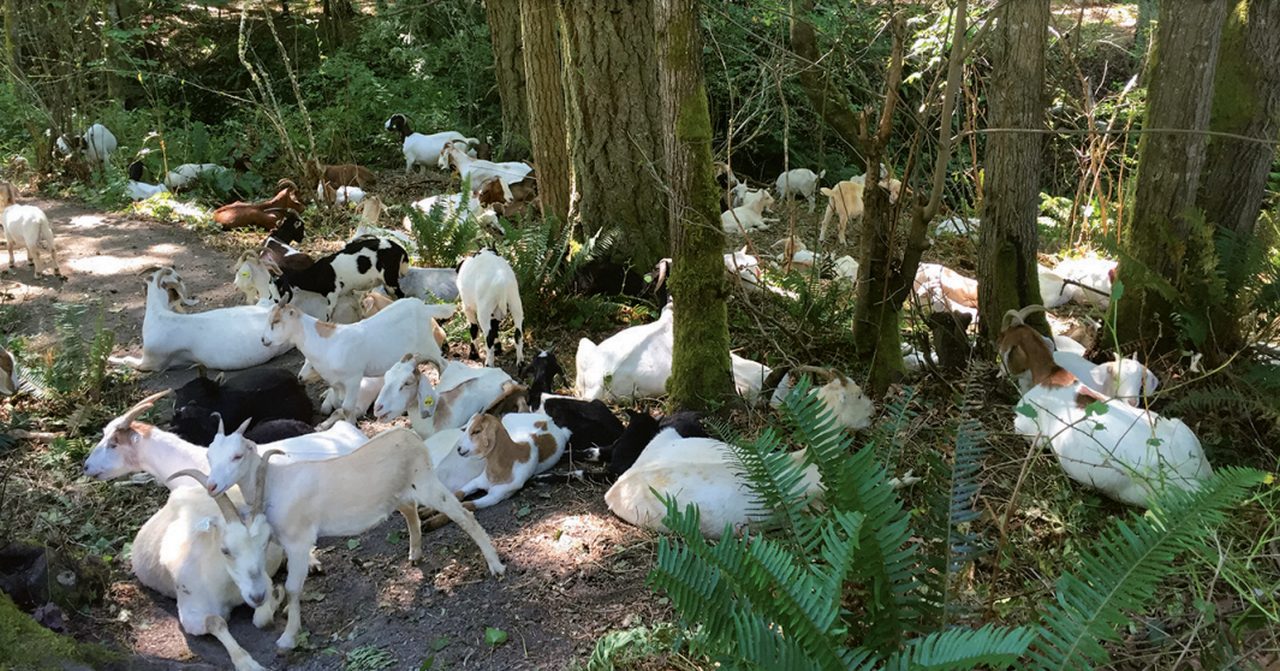 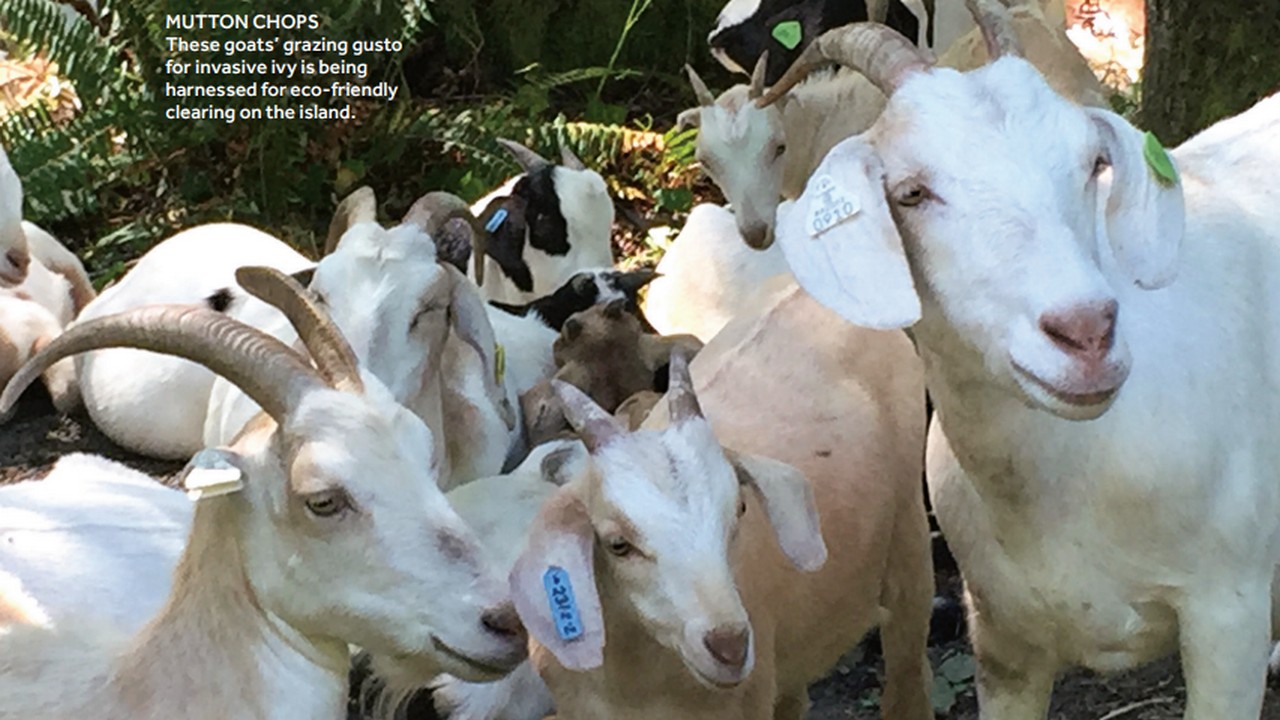 What’s Going on in the Yurt on Knechtel Way?