When was the last time you got to ask state senator Christine Rolfes about her family garden? Or facilitate a conversation between BIMA curator Greg Robinson and an island artist? Well, if you’re one of Bainbridge Community Broadcasting’s (BCB) 30-plus volunteers, the answer just might be, “Last week.” Members of Sustainable Bainbridge originally hoped to create a community radio station in response to federal legislation that opened up the airwaves in 2011. The organization’s board members believed a station would go a long way toward fostering community, a key component of their mission which includes “social sustainability.”

“The dream…[was to] build community by giving voice to the people of the community,” BCB founder and project manager Barry Peters explained. “Radio does that so beautifully.” Barry quickly learned, however, that an FM signal would not reach the entire island; Bainbridge’s hilly terrain limited the signal’s strength. So he turned to podcasts, preserving the spirit of BCB’s mission while offering programs that can be listened to anywhere, anytime. Since its inception in May 2014, BCB has produced more than 220 podcasts on topics as wide-ranging as the massive sundial in Battle Point Park, Jake’s Pickup and the rigorous world of competitive dog grooming.

They’ve even moved recordings outside to capture the sounds of the Grand Forest and to cover the Christmas bird count, a citizen science survey administered by three island birders. But even more impressive is the fact that the operation is run entirely by volunteers. Volunteers come up with the story ideas, set up the interviews, play host, edit the audio and publish the content online. Volunteers even constructed the burlap acoustic panels covering the walls of the BCB studios, and one volunteer enlisted the help of talented friends to create the “ferry toot” theme music played at the end of every podcast.

BCB also helped establish and equip the Bainbridge High School Radio Club, whose members produce a specialized podcast that offers their perspective on life at BHS and in the larger island community. “It’s a fun job,” said host/editor Channie Peters. “You get to choose what interests you. If you see something in the newspaper or in a magazine article, you get to find the people and bring them into the studio, let them tell it in their own words.” And volunteers aren’t required to come in with a special skill set; they receive free one-on-one training and can choose between any of the roles.

“We just want people passionate about the community,” Barry said. BCB’s programs are made possible by the support of several island charities. Sustainable Bainbridge covered rent for BCB’s first office at the Marge Williams Center, and Bainbridge Community Foundation provided start-up money and a second grant that enabled BCB to move into a larger studio, strategically located near the high school, this past February. The Rotary Club was another early donor, awarding BCB funding to purchase professional studio equipment for its work with the high school. But as generous as these organizations have been, Barry hopes BCB can expand its revenue streams.

“In the long run, the sustainability of this project depends on two kinds of support,” Barry said. “[We need] support from our listeners who enjoy what we do, and secondly, we need underwriting support from businesses and organizations in the community who’d like to have their name associated with our programs.” Barry is constantly looking for ways to broaden the project’s scope. This fall, with the leadership of BHS Radio Club president Charlie Hanacek, BCB will stream music seven days a week. “We’re looking for DJs with genre-specific knowledge,” Barry said. Listeners can subscribe to any of BCB’s eight shows (“What’s Up Bainbridge,” “Who’s On Bainbridge,” “Arts and Artists,” “Community Café,” “Bainbridge Outdoors,” “Tastes of Bainbridge,” “Bainbridge Island Special,” and “Bainbridge on Campus”) by downloading the free BCB app. Potential volunteers should email [email protected] 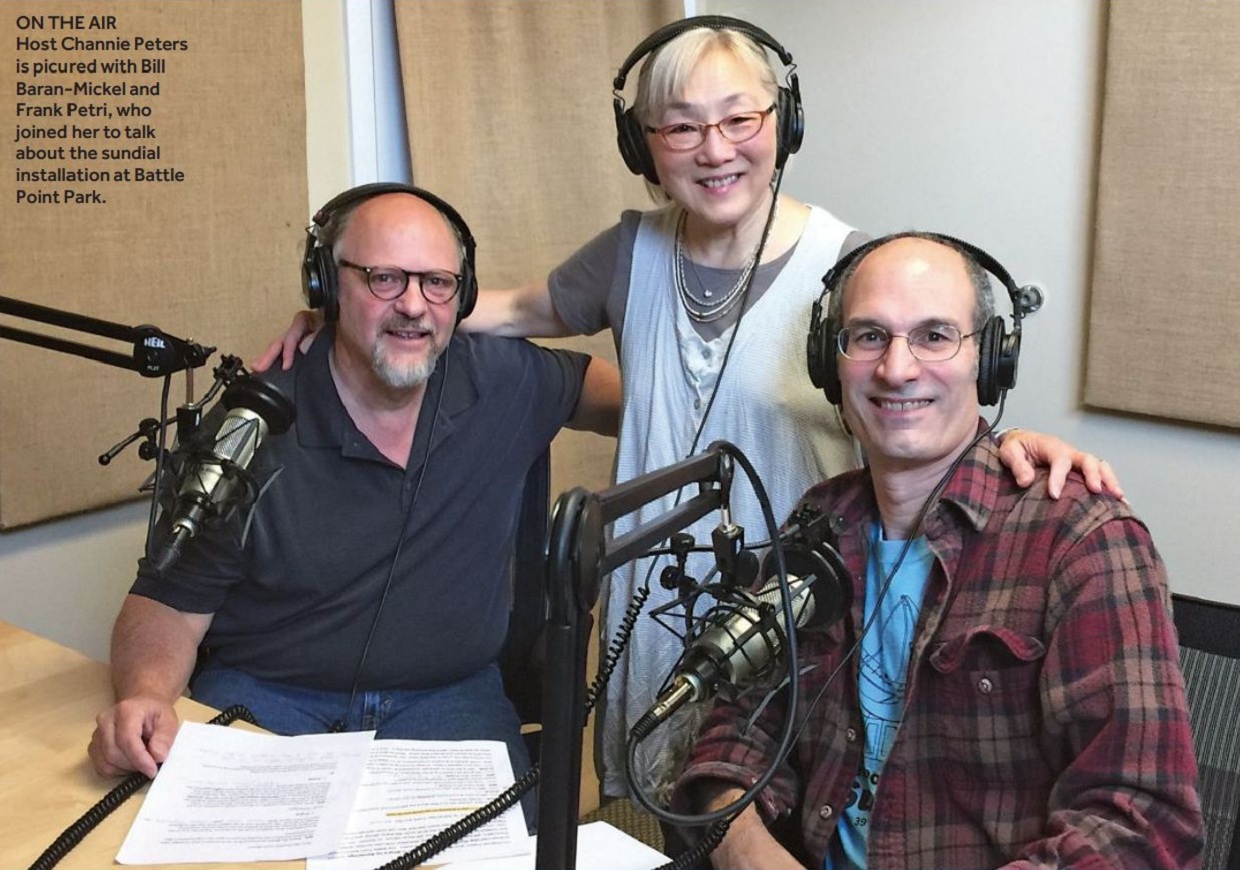