As wendy Orville turned the handle of her large Takach etching press during a recent visit to her studio, she mused on the process of making a monotype print. “I never know what’s going to happen when I run a plate through the press. The surprise of the process is addictive.”

Her work is driven by questions. “How do I make an equivalent of the sky? How do I capture a cloud? I keep trying to get closer. I want an equivalent, not an impression. I’m playing with how I can make this happen in a monotype. How do I translate the feeling of this place?”
This place, the Pacific Northwest, has been her home for the last 23 years.

Before coming to the Northwest, Orville earned a bachelor’s in fine arts at Yale University and a Master of Fine Arts in painting from American University. Leaving the East Coast for Taos, New Mexico, she discovered an openness of horizon and sky that has inspired her work ever since.

It was in Taos that Orville began making her signature monotypes, often called painterly prints, named for the way an artist draws and paints directly on a printing plate. To build the multiple layers in her images, she uses large and small rollers, sticks, rags and even cut-up credit cards. The plate she rolls through the press transfers the inked image onto dampened rag paper. The process allows the printing of one, and only one, image. By definition, each monotype is unique.

It was family connections that drew her north to Seattle, where she taught at Pratt Fine Arts Center. Eventually landing on Bainbridge, Orville had a vision to establish a studio where she could create her work and teach printmaking. So was born Inkgarden Studios, which she started with her husband, a writer and leadership coach, Doug Nathan. The studio on New Sweden is a room flooded by northwestern light with high ceilings, white walls and worktables.

At Inkgarden, Orville has nurtured hundreds of beginning and experienced artists as they develop their own technical skills and artistic voices. Working with only six students at a time, she teaches by observation and suggestion. She savors the exchange of ideas that results from working together to explore printmaking’s possibilities.

“I’m deeply influenced by where I live,” said Orville, who often goes to the island’s Blakely Harbor, or to Port Townsend or Nisqually Refuge to absorb the atmosphere and aura of sky and land. She draws constantly, filling her sketchbooks with impressions, notes and ideas for work. From her observations she creates images that are abstract and minimalist. “I’m inspired by the grays in mist and fog. I love the abstraction of black and white.”

Orville masterfully uses the white of the paper to incorporate light into her compositions. Clouds, water, trees, grasses and the horizon merge and emerge to become suggestions of places and atmospheres she has carefully observed. What begins as documentation in her sketchbook becomes a finished image that conveys a universal experience of place and mood. Orville’s prints have earned her a regional reputation and growing national recognition. She has exhibited at BIMA, Bellevue Art Museum,

Tacoma Art Museum and the Museum of Northwest Art. Her monotypes are featured in the recently published book, “Singular and Serial: Contemporary Monotype and Monoprint.”

In October, she will co-teach monotype classes in Turin, Italy, with international calligrapher Massimo Polello. Orville is represented by Davidson Galleries in Seattle where she had her third solo exhibit in April.

Orville is a board member at BIMA and is a community builder and leader in the arts. “BIMA is an important catalyst and regional influence for artists all over the Puget Sound.” she said. “BIMA’s exhibits, lectures and community have influenced and inspired me in so many ways. We are extraordinarily lucky to have a museum of this caliber on the island.”

Some might say we are also fortunate to have artists of Orville’s caliber here on Bainbridge. wendyorville.com 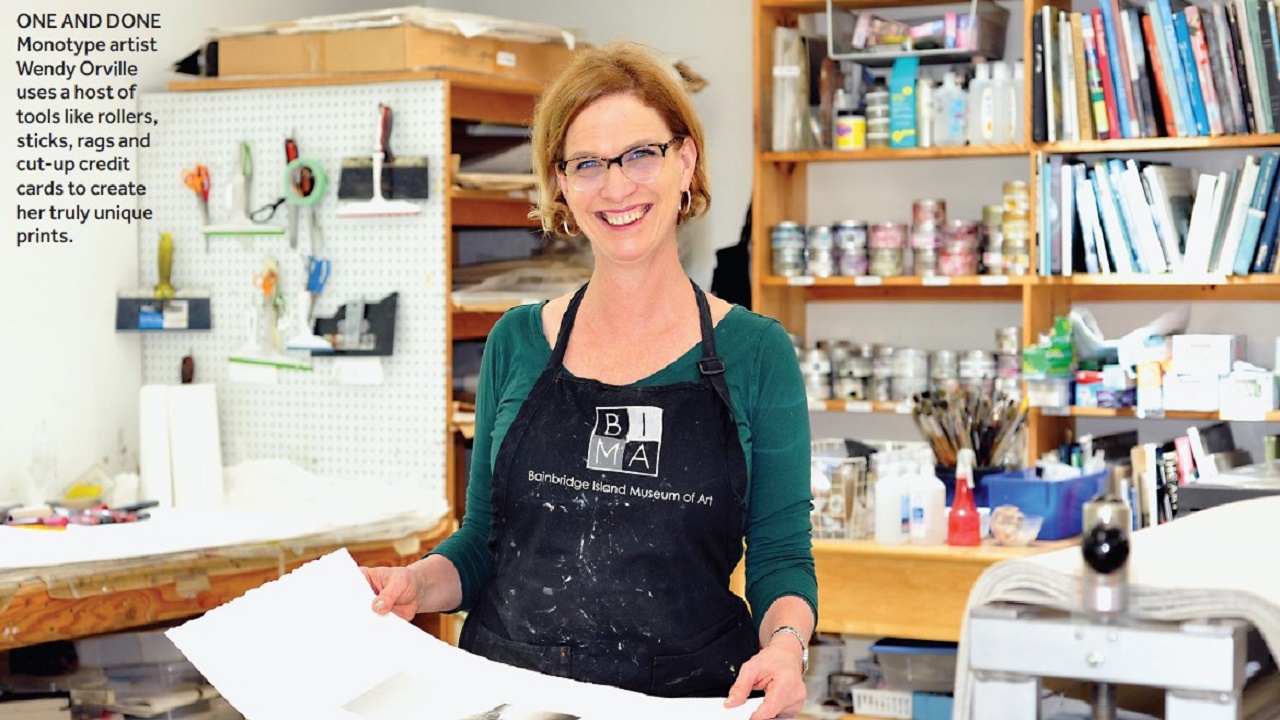 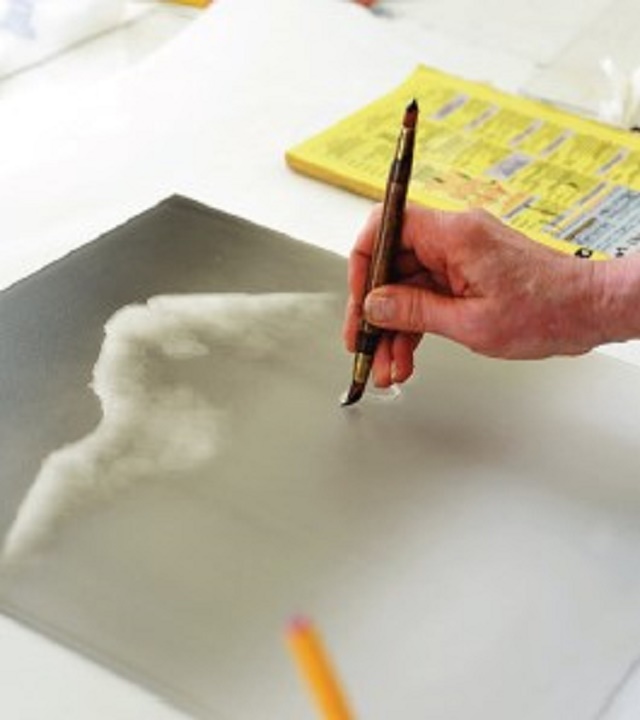