They never intended to ignore half the population. But in parts of the world where Jamie Bechtel and Karl Morrison focused on environmental conservation, men were in charge and did the talking. Then Bechtel had a revelation: Talk with women, too, the ones who often interact with fragile ecosystems.

“I worked 20 years and never once asked a woman what she needed,” she said. “Once you recognize this omission, the bigger problem is how to fix it.” That’s what Morrison and Bechtel, a husband-and-wife team, set out to do when they launched New Course about eight years ago.

The nonprofit, based on Bainbridge Island, aims to help women achieve their goals while protecting the world around them. By improving women’s lives, their families and communities benefit, too. Worldwide, many women work in agriculture, fishing and other jobs that put them on the front lines of environmental changes.

For example, farming methods that were handed down mother-to-daughter for generations no longer work when rain patterns alter, Bechtel said. To try to cope, women work harder or longer. “In all these fragile places, it’s about feeding [their] family today and tomorrow,” she said.

Their survival depends directly on healthy natural resources. Bechtel and Morrison handle most of the work at New Course, but they tap contractors as needed, often for research. Bechtel, chief executive, identifies partners and funding sources.

Morrison, chief program officer, manages projects and works with partners to implement ideas. Both work in the field at times. Previously, the pair had been in Washington, D.C., with Conservation International and came to Seattle to work at that organization’s local office.

With children to consider when choosing a home, they were drawn to Bainbridge Island’s schools and way of life. “When we saw what it could give our kids,” Bechtel said, “there was no looking back.” One challenge New Course faced from the start was convincing potential funders to see the whole picture, Bechtel said.

“Donors are used to funding things in silos: Here’s an environmental problem; here’s a women’s problem. We decided you can’t do one without the other.” New Course understands “that life is a spaghetti junction intersecting and interconnected and that vertical solutions that do not fully account for women’s roles and gender dynamics will never be adequate when confronting complex environmental issues,” said Sarah Kambou, chief executive of the International Center for Research on Women, in an email interview.

New Course has teamed up on projects with various organizations. Morrison recently worked with the Woodland Park Zoo on its endangered tree kangaroo project in Papua New Guinea. To engage women in the effort, he hiked with a zoo team from the mountains to the coast, visiting about 50 villages.

“Lots of times with conservation projects, men say, ‘We don’t use that area.’ But we later find that women do need it, for example, for medicinal plants,” Morrison said. “We try to avoid unintended consequences. We don’t want to increase women’s work load.”

The zoo hopes to share what it accomplishes with New Course “with our other wildlife conservation partners through the zoo,” said Lisa Dabek, senior conservation scientist/director of the Papua New Guinea Tree Kangaroo Conservation Program, in an email interview. “Jamie [Bechtel] is a powerhouse and a brilliant visionary.”

New Course also is working with the International Center for Research on Women, Heifer International, Wildlife Conservation Society, and Freedom Fund to launch Integrated Development and Environmental Action, or IDEA. Together, the organizations hope to identify ways to address environmental degradation, poverty, human rights and health issues, which will begin with three pilot sites around the world.

“Each partner brings a different lens to the problem to be solved,” said Pierre Ferrari, president and chief executive of Heifer International, in an email interview. He praised New Course’s approach: “The evidence is clear that women’s engagement in creating solutions and implementing them is critical to success.”

Bechtel said she and Morrison constantly ask themselves if they are having the best and biggest impact. She expresses no doubts about this effort. “IDEA could be the most important thing I do with my life.” More at anewcourse.org. 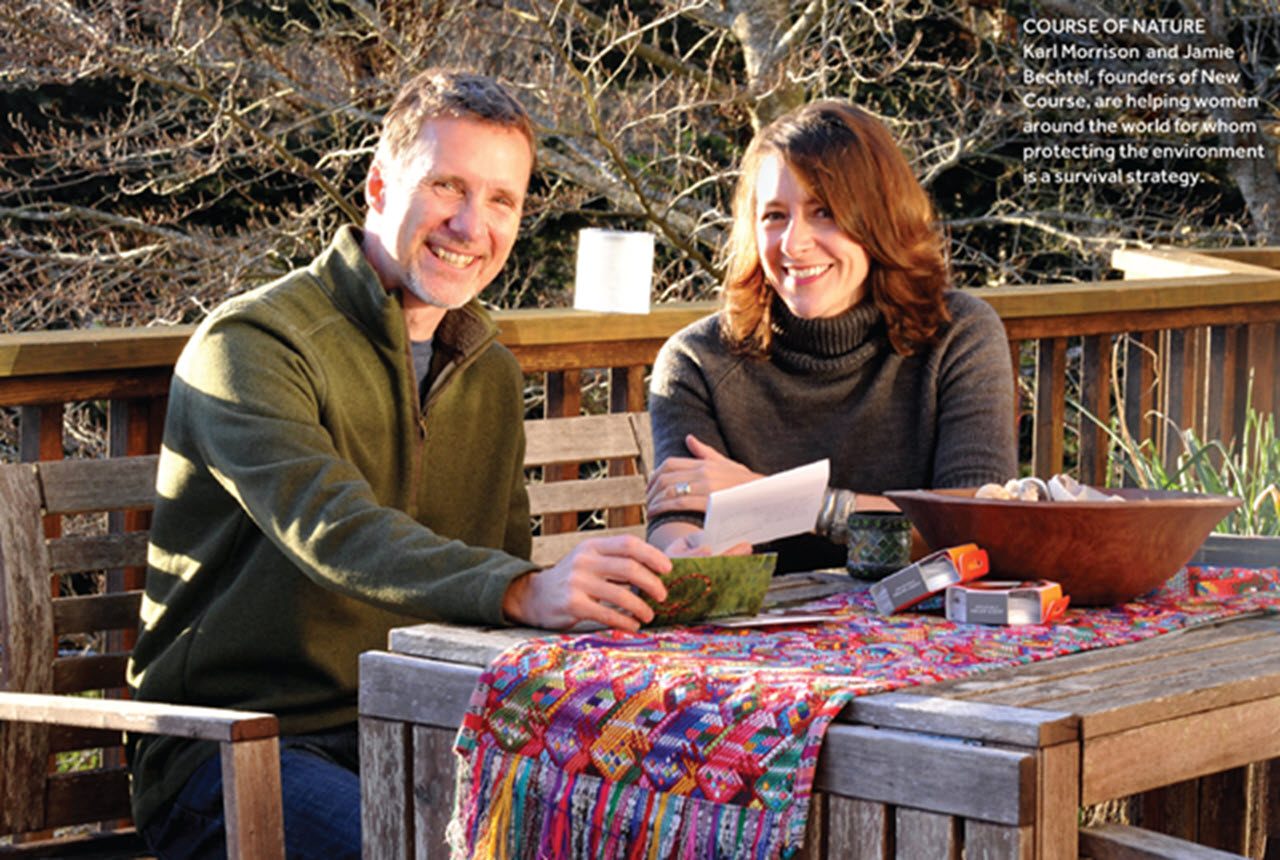