Return to Ometepe // A Journey of Appreciation

Thirty years ago, a trip to the Nicaraguan island of Ometepe forever changed the way Deb Russell saw the world. The then teen was among the first student delegates to travel to Ometepe as part of the Bainbridge Ometepe Sister Islands Association, an annual cultural exchange started by a group of philanthropists in 1990.

When her daughter Anna signed up to join the 2017 student delegation, spending two weeks doing service projects, Deb was thrilled and
volunteered to chaperone her daughter’s group. It would be the fulfillment of a shared dream a mother-daughter international journey to revisit the people and place that so influenced Deb. But it almost didn’t happen.

On the way to the airport to catch their flight to Nicaragua, Deb got an alarming call. Her sister had been admitted to Harborview Medical Center with a life-threatening illness. Deb and Anna turned around and went straight to the hospital. Anna’s aunt eventually made a full recovery and the Bainbridge teen planned to join the student delegation to Ometepe the following year.

Then deadly political turmoil erupted in Nicaragua and the 2018 student trip was cancelled. This year, with her graduation approaching and the government in Managua still in crisis, Anna began to think the trip was not meant to be. But Deb figured out a way to plan their own small goodwill delegation to Ometepe, making Anna the first second-generation student delegate to participate.

In March, Deb, Anna and their guide and friend Colleen Carroll, flew to Costa Rica and entered Nicaragua from a border town, bypassing the volatile capital of Managua. Once on the island of Ometepe, 4,000 miles from home, they were welcomed like guests of honor.

They spent eight days there, delivering books to schools, observing a medical clinic, visiting a coffee plantation supported by Bainbridge businesses, and experiencing daily life in the developing Central American country. Ometepe, located in vast Lake Nicaragua, is a protected UNESCO Biosphere Reserve. It is about triple the area of Bainbridge with roughly the same number of residents plus an active volcano.

Deb and Anna stayed in the home of a doctor in the town of Altagracia where they were treated like family and little English was spoken. “It was complete cultural immersion,” said Deb. Three decades ago when Deb first visited, Ometepe lacked running water.

People spent hours every day filling buckets at local watering holes, she recalled. Houses had dirt floors and electricity was spotty. It was an eye-opening experience, giving young Deb a different view of her comfortable, somewhat sheltered life back on Bainbridge.

“It completely changed my perspective on the entire world,” said Deb, now a registered nurse and fifth-generation islander. “It was an important part of my teenage years and who I became.” Today, most people on Ometepe have plumbing and even Wi-Fi, though Nicaragua continues to rank among the poorest countries in the Western Hemisphere, according to the United Nations Human Development Index. That means daily life on Ometepe is still challenging. Medical clinics lack basic supplies and jobs are scarce.

Political upheaval has brought tourism, a livelihood for many, to a virtual halt. People avoid talking about politics because saying or doing the wrong thing could cost a person their job. Deb and Anna learned of two doctors on the island who lost theirs after treating anti-government protesters.

Anna and Deb also discovered that just getting around could be a harrowing experience, which was confirmed by a ride on a crowded, sweltering bus complete with squawking chickens. To reach the coffee plantation, Anna and Deb were offered a ride on motorcycles, which provided some heart-pounding moments. “It was hard seeing my teenager on the back of a motorcycle barreling down the road,” said Deb. “The roads, the traffic, the way people drive it’s crazy.”

Yet Anna and Deb said they felt safe and welcome on Ometepe white-knuckle motorcycle rides aside. What impressed them most, in addition to the island’s natural beauty, was the warmth and generosity of the people. Despite difficulties, Ometepinos enjoy life.

“They’re all so happy,” remarked Anna. Deb’s takeaway? “Maybe we could learn to take our time a little more, to make do with what we have, and to live with less.” That’s a lesson for the generations. 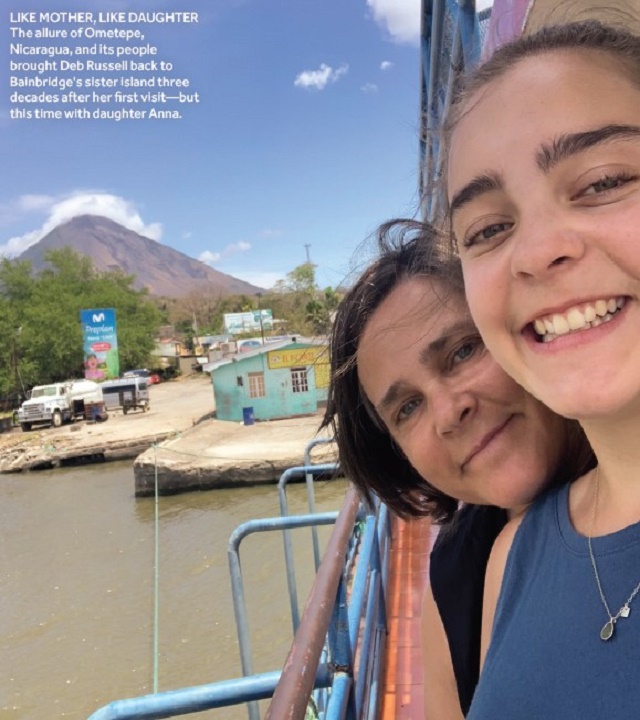 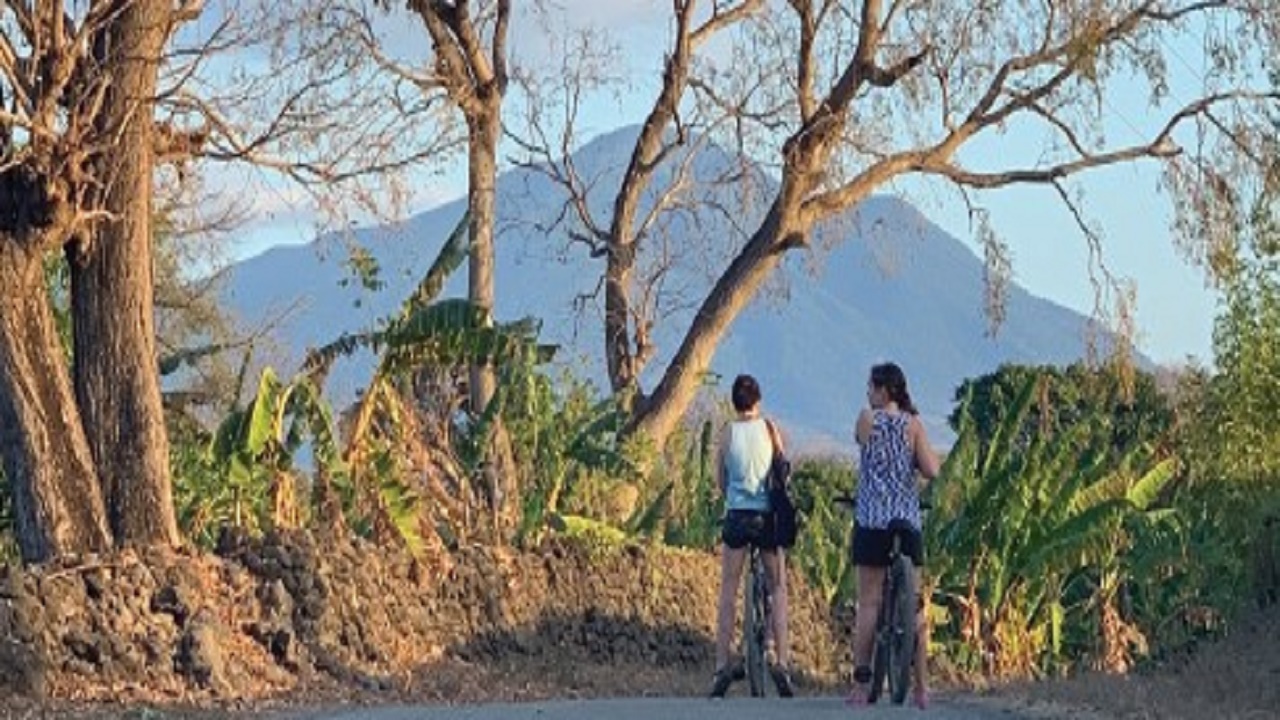 How Did Bainbridge Get It’s Sister Island?