Praising the Roof // BIMA Gets Leaner and Greener

The Bainbridge Island Museum of Art showcases work by Northwest artists. But what’s behind the walls, on the roof and even underground form a showcase of their own.

That’s where you’ll find many of the eco-friendly elements of the building, which recently won a LEED Gold certification from the U.S. Green Building Council. BIMA was the first new art museum in Washington to achieve that status from LEED, Leadership in Energy and Environmental Design.

“On Bainbridge Island, people feel strongly about sustainability,” said Ralph Spillinger, a museum board member who helped shepherd the project. From the planning stages, he said, the board felt the building must reflect the community’s values, and the LEED program provided a chance to “practice good Earth stewardship.”

The project posed special challenges that most structures do not have to contend with, Spillinger said. “An art museum uses a lot of energy. Heat, light and humidity all must be tightly controlled to protect the art.”

During planning stages, the board considered going for a Silver rating. Then architect Matthew Coates advised that “if we stretched a little more, we could achieve Gold,” Spillinger said. The museum was close when it opened in 2013, and the board and staff have continued to work toward reaching the goal.

However, the extra investment will shave operating costs for decades to come, said Scott Farwell, facilities and operations manager. He also expects the museum to reap $5,000 a year in utility credits for installing extra solar panels.

To attain Gold status, BIMA chose from among LEED’s design criteria options. Some choices were complex, such as geo-exchange heating and cooling equipment. Others were as simple as placing bike racks out front and committing to green cleaning products.

Energy systems are the most critical components, according to Coates, of Bainbridge Island-based Coates Design Architects. What recently pushed BIMA over the top was the board’s decision to nearly double the rooftop solar array to 100 modules.

The expanded array, which can generate another 14,000 watts of electrical power, had a price tag of about $60,000. But island contractors Kelly Samson of Itek Energy and Andrew Lonseth of Blue Frog Solar donated panels and control equipment, and several private donors paid the remaining costs.

Coates said he felt fortunate to be involved from the conceptual stages. “It’s any architect’s dream to design a museum,” he said, “especially one in their own community.”

Coates still has about 350 response cards from a community forum seeking feedback on 10 design models for the museum. Responses showed that a curved-front design was most popular, and that’s the direction he went.

Although many of the elements that earned LEED Gold aren’t as visible as the building’s curved glass exterior, they will help to ensure that the museum is an enduring community institution. “The building was made to last a long time,” said Coates. “The systems are in some ways timeless.”

Organizations that would like to schedule a behind-the-scenes facilities tour can contact Scott Farwell at [email protected]. 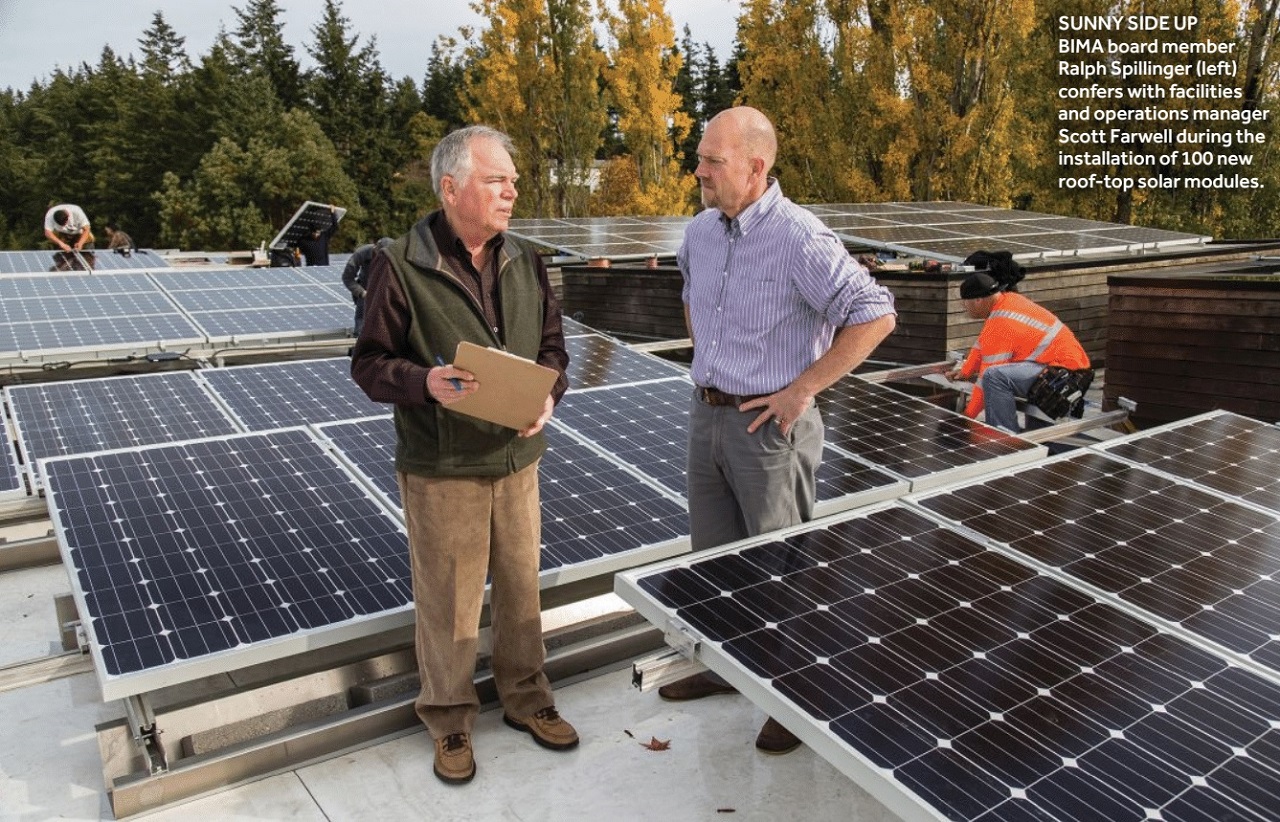 So Inclined // A Happy Accident of Not Turning Back