There’s a one in seven chance that you’re reading this on a Wednesday. And maybe it’s almost time for lunch. Doesn’t baked sweet potato wedges alongside a roasted vegetable and wheat berry salad with chocolate rum raisin cake for dessert sound about a billion times better than what you were planning?

That’s a typical menu for the Wednesday afternoon “Lunchtime Learning” classes offered at Intentional Table in downtown Winslow. Open since November 2012, the business is a collaboration between Zoe-Ann Bartlett and her silent but enthusiastic partner Linda Brandt.

In addition to classes and events, the shop sells cookbooks, wine, kitchen implements and artisanal products, many of them local. But really, it’s so much more than a store. What Bartlett hoped to create had more to do with evoking emotions than stocking shelves.

Her own culinary experience includes growing up eating farm-to-table in New Mexico, where canning and preserving foodstuffs was an annual ritual. “I thought everyone did that,” she said. From there, she got into the hospitality business, working for Marriott and Starwood, and even went to France to study with a chef who had been taking students there for decades.

By learning to cook with ingredients from the local markets and getting to know the farmers, she deepened her appreciation for cooking and sharing food. “The entire time I felt like I was falling in love,” Bartlett recalled.

Fast forward a few years and another epicurean experience helped plant the seeds for what would later become Intentional Table. In the mid-2000s, Bartlett attended an “Outstanding in the Field” dinner, where guests had to hike into a clearing in the woods to sit down to a magical meal, beautifully laid out in an unexpected place.

“The evening had such a profound effect on me; it was so powerful to be in this unique setting with people who made the effort to come because they so appreciated the food,” she said. But how do you package a feeling?

“The original vision was strictly a portable business, no bricks and mortar,” Bartlett recalled. She wanted to highlight farms and farmers and hold “one time only” events that would ignite the same passion she felt back in the woods.

Originally, she knew she’d need at least an office, and serendipity brought her to Linda Brandt, who had not only office space to rent, but also relevant experience that included cookbook publishing, and television production work with culinary stars like Julia Child and Jacques Pepin.

Bartlett credits Brandt’s enthusiasm for talking her into opening the shop. And while she has managed to hold those one-time events (such as a summer dinner at Sweetlife Farm) and plans to continue to do so (look for a future kayak trip to a secluded supper spot), the store itself has enhanced the original concept.

“I wanted people to gather in a purposeful way to share their love of food and the experience of preparing it and sharing it—and that happens at the store. I’ve had people walk in and say we’re ‘one of the best things to happen on Bainbridge’” she said. Indeed, one recent compliment was so gratifying, Bartlett wrote it down so she would never forget it.

“When I come to Intentional Table, it’s an experience that leaves me feeling expanded—like my horizons have been broadened. Thank you for being here.”

Blanch potatoes in boiling water until slightly tender (1-2 minutes). Drain and set aside.

Cook bacon over medium heat for 5-10 minutes or until bacon starts to crisp and renders most of its fat. Remove bacon; reserve drippings .

In a medium sauté pan on medium-high heat, add a little bacon fat and sauté the potatoes until golden brown. Remove potatoes and place on a platter.

In the same pan, lower heat and add cabbage. Cook until cabbage wilts. Crumble bacon and add with cabbage to potatoes.

To make the vinaigrette, heat bacon fat over medium heat and add minced shallots. Cook for 1 minute until shallots are translucent. Turn off heat and add vinegar, sugar and mustard. Season with salt and pepper. 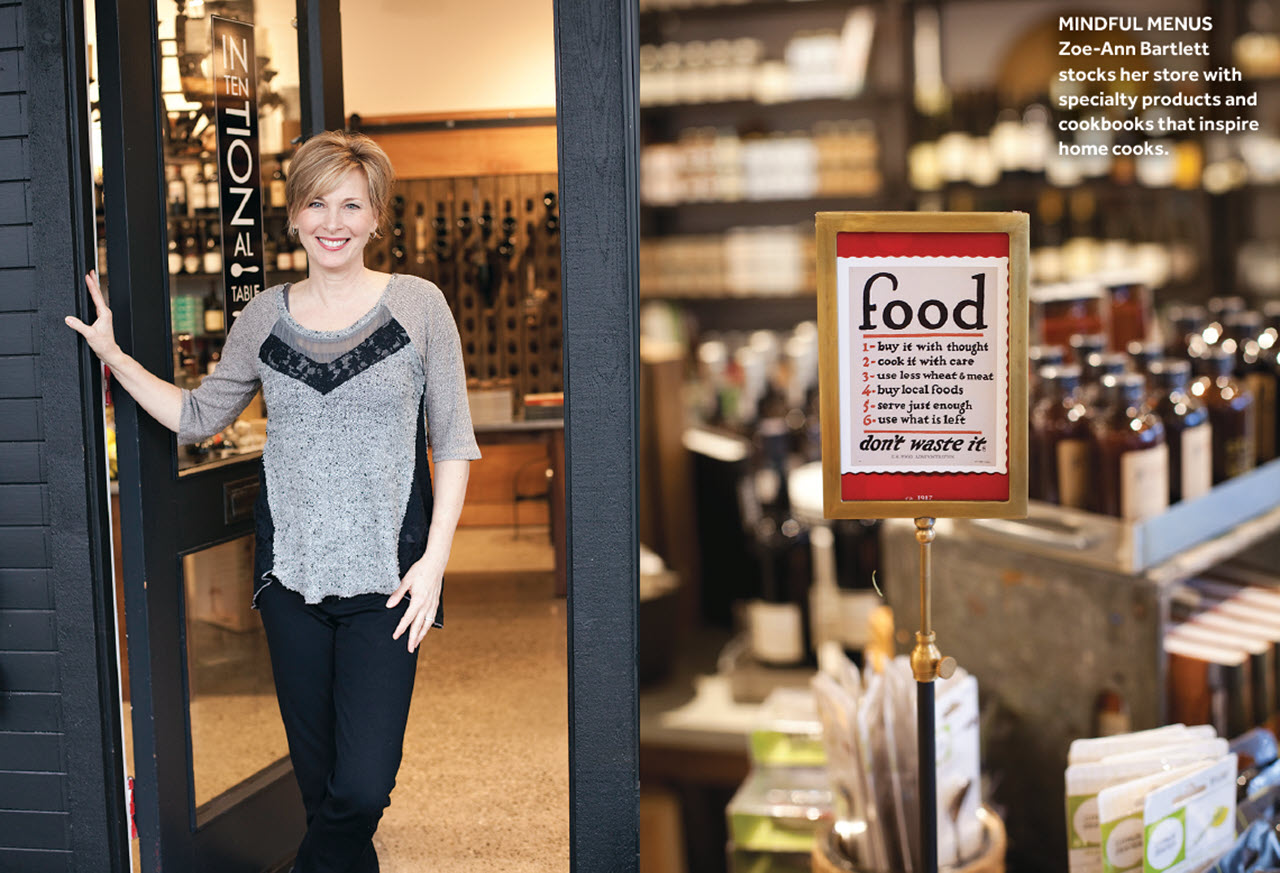 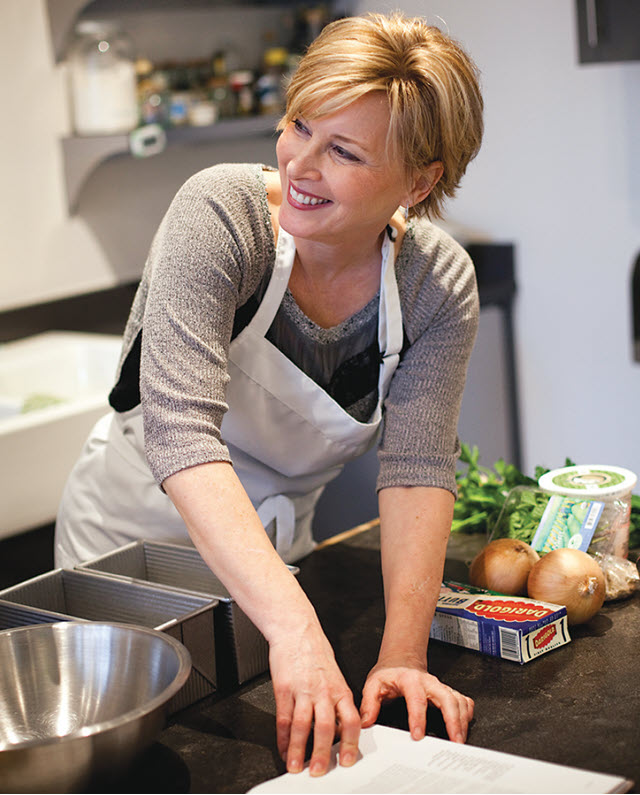 Room for Two // An Island Couple Shares Their Beach Retreat